ESPN's Stephen A. Smith believes LBJ will meet with Cs this summer

Stephen A. Smith's words should always be taken with a grain of salt. 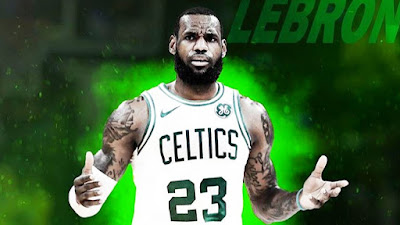 When you are known as much from shouting out take after take that's clearly never going to happen just to be able to point to the one out of 100 that actually did happen, it's probably the wiser course.

But when you state that you have information to the effect that the Boston Celtics and LeBron James will be in contact about a potential James signing, it's probably the only course.

Does this mean Smith is wrong? Given the fact that the Celtics have the clearest path to contention next season and beyond, it's not an outrageous thing to say on its surface.

But given the fact that the Celtics would have to ship off one of their max guys - Al Horford, Gordon Hayward, or Kyrie Irving - without James taking a significant pay cut or gutting the depth of the roster by including a package of Boston's promising young stars, this is a lot less likely than it seems.

Throw in the fact one of those guys (Kyrie) is only on the team at all because of his desire to not play with LeBron, and that said player will be able to opt out and leave for nothing at the end of next season, it seems so far-fetched as to be laughable.


Smith also reports James will have conversations with the Celtics, Rockets and Sixers during free agency.
— Clevis Murray (@ClevisMurray) June 6, 2018

That doesn't mean a phone call won't be made, potentially technically proving Smith right, but the chances of that call lasting more than a few minutes are very, very low - never mind the odds it actually produces anything of note.

So, while an interesting take, I suggest we recall the source, more an entertainer and pot-stirrer than analyst - and not get too worked up about a personnel move that would be reviled by much of Boston's fanbase, if only because it's not going to turn into anything.