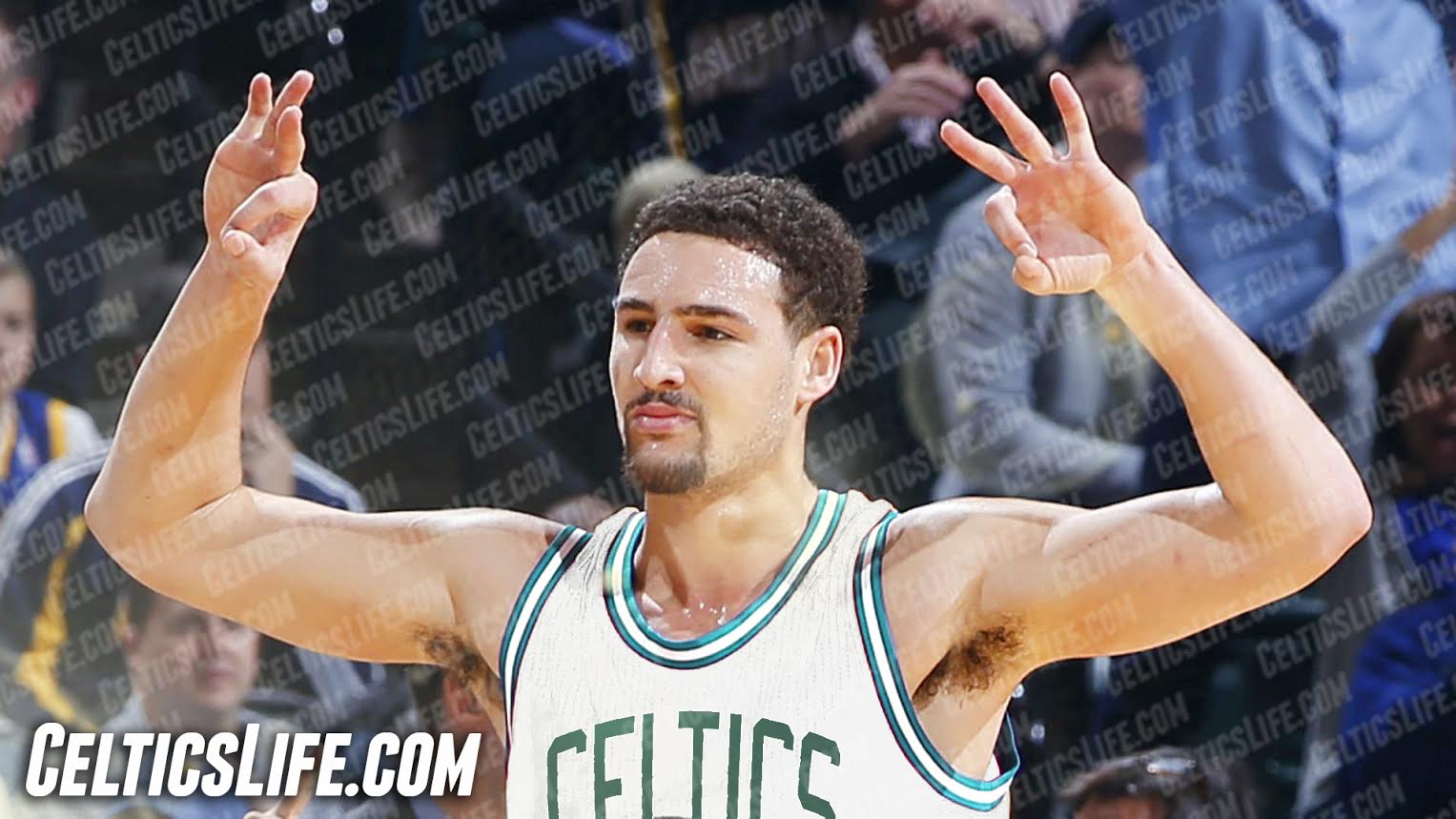 Disclaimer: As with any rumor, this one should be taken with a grain of salt, or in this case the whole container.

It's no secret that the Boston Celtics could use a little bit of shooting help. Yes, Isaiah Thomas is averaging 25.8 points per game, Avery Bradley is playing out of his mind and Kelly Olynyk is back in the lineup and looking as good as ever, but having more threats is never a bad thing. One player who can certainly help in that department is Golden State Warrior, Klay Thompson.

Until now the thoughts of Thompson is Celtics' green was nothing more than a pipe-dream, a fantasy constructed with the thoughts of banner No. 18 in mind. But if Brian Scalabrine's report is any indication, maybe this fantasy isn't so farfetched:


"I heard this weekend that Klay Thompson may be available, I heard that rumor going around involved w/ a team that wears green" @Scalabrine
— SiriusXM NBA Radio (@SiriusXMNBA) November 14, 2016\


In the SiriusXM radio segment, Scal further expounded on what he figured was the thinking behind the move, via CSNNE:

“Maybe they’re on what I’m on, and [they feel] it’s impossible to win championships without rim protection against LeBron and Kyrie [Irving],” Scalabrine said. “So who’s your most valuable asset or most unneeded asset at this point?”


Now, there are several layers to this. First, why on earth would Golden State want to move one of its core players? Especially one who's in the middle of a 4-year, $70 million contract extension. Are they confident that newly signed Kevin Durant will sign an extension after this season and they won't have the salary cap space to retain him, Thompson and Steph Curry in a few years? Curry is a free-agent after this season and he's going to command a pretty hefty raise.

Second, a proposed trade, according to Scal, would consist of Boston sending over Avery Bradley, Jae Crowder and the Brooklyn swap pick this season. This trade would essentially gut the heart of the Celtics team.

Yes, we would get a solid defensive player and a great 3-point shooter in return but losing both Bradley and Crowder would be a tough pill to swallow and the team simply wouldn't look or feel the same.

On the other side, if Danny Ainge is adamant that bringing in an All-Star will take the C's over the top, Thompson certainly qualifies.

However, all good things must come to an end and shortly after the radio segment Scal went on to distance himself from the trade rumor, claiming that he was reiterating something he read:


Btw it's not my rumor or my sources. It's just something I read over the week that I thought was interesting.
— Brian Scalabrine (@Scalabrine) November 14, 2016


So is the rumor legit or not? Do you think that Golden State would make such a big move? Would Boston be willing to give up two core players for Thompson? Let us know what you think.