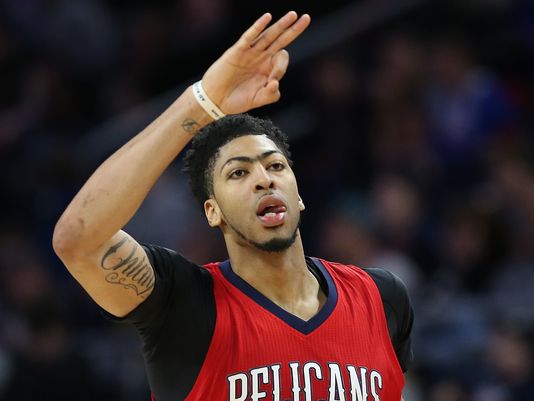 Tonight the Celtics face off against the New Orleans Pelicans and their young superstar Anthony Davis. Heading into the season, Davis spoke at the Pelicans media day and praised this very Celtics team, and hoped his young squad could replicate what Boston has been able to do in the past few seasons - turn a rebuilding franchise into a playoff contender. Via Chris Forsberg of ESPN:

"We want to be kind of like how Boston was last year: not having a lot of talent, but them guys play hard," Davis said. "That's how they were able to win games. That's what we want."

Even more than just winning, Davis wants a team that always competes. The Celtics have built a reputation since Brad Stevens arrived as a blue-collar, do-more-with-less kind of squad that is built on playing hard, and working together. The sum of the parts is never greater than the whole.

The Pelicans were not expected to make a lot of noise this year. Sports Illustrated had them at 24th in their preseason power rankings, and I doubt even their biggest fans would be hard pressed to argue with that. Even still, heading into the season Davis has shown no signs of displeasure with being in New Orleans, and seems keen on bringing a title there someday:

"I love it here," said Davis. "My goal is to bring a championship here."

Davis is signed through 2021, and regardless of how bad New Orleans gets - they are 1-9 to start the year - they are certainly not going to entertain the idea of moving their superstar player. That is as long as Davis stays happy in his current situation. Losing can be a hard pill to swallow, and if the vision of the future in New Orleans doesn't become more clear and more hopeful, it could eventually weigh strongly enough on Davis to make him change his feelings about his current organization. Should the Pelicans decide to completely nuke the roster, they would get a hefty ransom for Davis. The Celtics would certainly be a major player in those sweepstakes, given what they have to offer compared to most teams.

Danny Ainge, if Davis was available:


In all seriousness though, Davis talking highly of the Celtics speaks volumes to the way they are viewed around the league. When one of the best young players in the game says he wants his team to play like yours, you're doing alright. The culture built here in Boston by Brad Stevens, Danny Ainge, and the C's ownership has been perhaps this teams greatest asset. They've just hauled in the franchise's biggest free-agent signing in team history by bringing in Al Horford, and they came oh-so-close to landing super-duperstar Kevin Durant as well.

Maybe we can have our top recruiter Isaiah Thomas get some words in with Davis tonight so he can force his way to Beantown.