James Young trying to model his game after Paul George, is it too little too late? 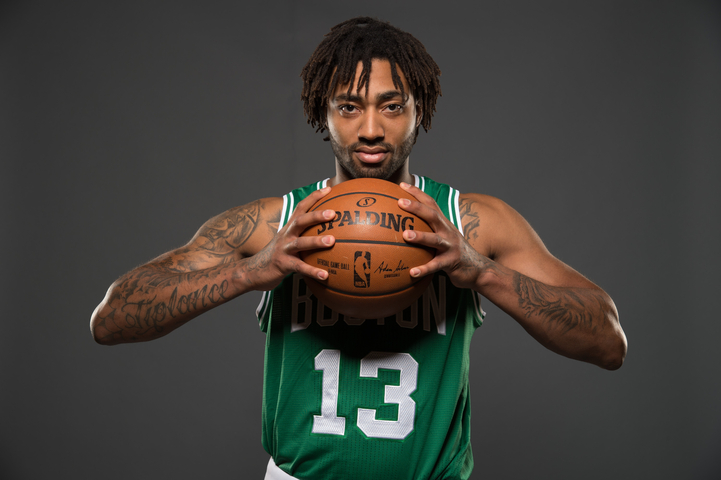 Of all the players heading into Celtics training camp, it's safe to say James Young has the most to prove. Here's a kid, drafted with the 17th pick out of Kentucky in 2014, who was revered as a prolific scorer. He had a prototypical body for a NBA shooting guard, and all the athleticism necessary to compete at the next level. The concerns with Young's game were strictly on the defensive end coming into the league.

Now, after two seasons of lackluster play at both ends of the floor, and a spot on the surging Celtics roster on the line, James Young needs to make a statement during training camp. After playing his way out of the summer league lineup in Las Vegas, it would seem that he may have exhausted his opportunities to prove himself, but he's not dwelling on the past. He's only thinking about the present. Via Gary Washburn of the Boston Globe, Young said recently:

According to James at media day Monday, he's been locked in at the Celtics practice facility all summer long, trying to model his game after a certain NBA superstar:

James Young said he's been watching Paul George lately and hopes to model his game after the star. "He plays both ends of the floor."

Now that's all great. In fact, I really hope James has improved his game significantly and plays well in training camp and during the preseason, because then maybe we can get something for him. Let's face it, unless James Young actually turns into Paul George, he's not making this year's Celtics team.

It's a squad looking to contend, already stocked with guards-a-plenty. Young would have to be a better outside shooter than R.J. Hunter (hint: he's not) to have any chance to contribute this season, and if the last guy in is going to Maine for the majority of the year, I'd rather it be a certain rookie big man.

A change of scenery would be best for James anyway. If he's ever going to prove himself at the NBA level he's going to need to play, and barring several injuries ahead of him on this team, that's certainly not happening. Let's hope this situation works out for both sides and he can get to a team where he has an opportunity to see the floor, and the Celtics can get something in return for him. Whether we can package him with another player(s) to upgrade our current roster, or receive some kind of future asset, we really need to see James to raise his stock over the next month.