Boston trades Keith Bogans to Cleveland for players and picks 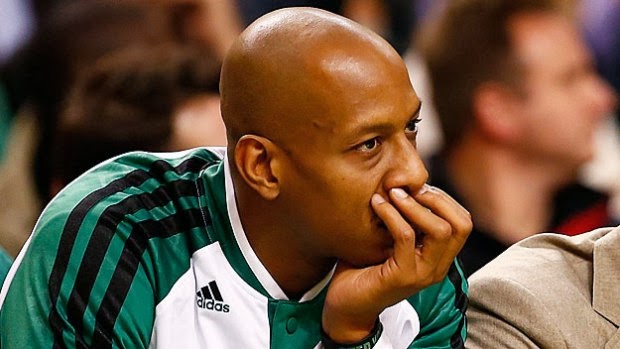 Update: The deal is now official.

3/3) In a related move, the Celtics have waived guard Chris Babb and guard/forward Chris Johnson

Chris Babb had a couple decent moments in Boston, but it's too bad to see Chris Johnson cut. He was fun to watch as a spark off the bench and will hopefully make some other team's roster. The kid can play.

The Keith Bogans era in Boston is officially over.

Celtics will also get a $5.3 trade exception in trade with Cleveland. Dwight Powell has a guaranteed deal and will be in camp with Boston.

All in all, not a bad haul for a guy that had no value to the Celtics besides his contract. As Jeff Goodman says, most of the guys Boston got won't make the team, except for Dwight Powell. He was picked in the second round, 45th overall, by Charlotte in June and was later dealt to Cleveland. The deal is happening now because Powell signed his contract on Aug. 23 and couldn't be traded for 30 days from that point.

Oh, and the draft picks. Danny Ainge won't stop until he has every draft pick in existence. The move also frees the team up to sign Evan Turner. Ainge and Stevens will certainly have plenty to talk about come training camp.