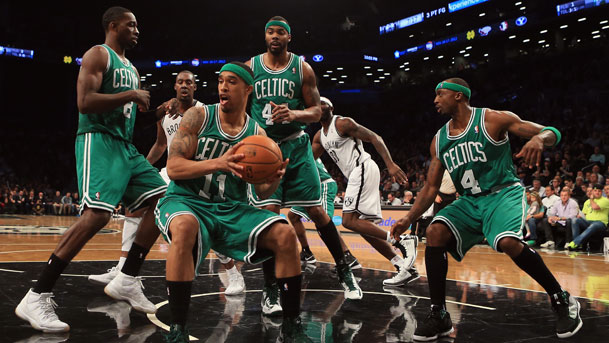 
President of basketball operations Danny Ainge tinkered with the roster in the offseason, and none of his moves have worked out.

One thing that is apparent after the last three games: The Celtics don’t yet trust each other. That’s not to say that Kevin Garnett, Paul Pierce, and Rajon Rondo don’t trust each other; they do. They don’t trust some of the newcomers, and Garnett made that clear after Sunday’s 118-96 loss in Sacramento.

When asked if the Celtics are competing as intensely as in the past, Garnett said, “I’m not going to get into all that. The only person I can control is myself, and everybody has got to look at themselves in the mirror. I’ve got to do better. I’ve got to find some way to make myself [better] and improve. That’s how I’ve got to look at it.”

If Garnett won’t say his teammates are giving 100 percent effort, that likely means he isn’t sure. And he said after Saturday’s loss to the Warriors that the next few weeks will show who is willing to sacrifice for the team’s success.

Ainge paid a lot of "nice guys" big money in the offseason. It's possible they could use a couple more fighters, or "assholes" to use KG's word. Who knows who the Big 3 is frustrated with. Could be a number of guys. Doc does a great job not throwing names under the bus, but it's obvious that it's not just Celtics fans that are frustrated by this team so far this season. The longest tenured Celtics, Ainge, Doc, Pierce, Rondo, and Garnett are all as well.


It’s reached a point where Avery Bradley’s return is being considered a potential season-saver, and that’s far too much pressure to put on a 22-year-old. The defense will improve when Bradley returns, but his teammates have to be better.

Hopefully the teammates in question know who they are and are going to take the steps necessary to be better.