What the Hell Happened to...Sidney Wicks? 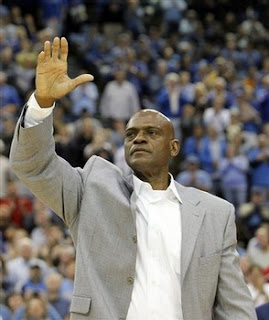 This week in What the Hell Happened To we remember former power forward, Sidney Wicks.

Wicks was a beast in college to say the least.  In his 3 seasons UCLA went 86-4 and won 3 national titles.  He helped bridge the gap between Lew Alcindor and Bill Walton.

However Wicks' dominant college game and team success did not translate into team success in the pros.  The No. 2 pick in the 1971 draft, he was Rookie of the Year in his first season with the Portland Trail Blazers and made the All-Star game in each of his first four years. But after averaging 24.5 points and 11.5 rebounds as a rookie, Wicks saw his scoring average decline in each of his next nine seasons. 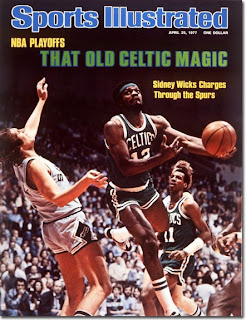 He was sold to the Celtics in October of 1976 and would last the 77 and 78 seasons in Boston.  His numbers in Boston were solid: 82 games his first year and he averaged a double-double in 32 minutes a night (15 points and 10 rebounds).  His second year he played in 81 games and put up 13 and 8 in about 29 minutes a game.  He even made a SI Cover (pictured here), something no Celtics did between Reggie Lewis and when the New Big 3 formed in 2007.

After the 1978 campaign the Celtics moved Wicks to the Clippers for Tiny Archibald, Marvin Barnes, Billy Knight and two second round draft picks (one that turned into Danny Ainge).  What an amazing deal that was for the Celtics, getting the starting point guard in Archibald who would help lead them to a title in 1981, taking the risk on Barnes and turning one of the second round picks into Danny Ainge.

Wicks meanwhile played 3 nondescript seasons with the Clippers.  His NBA career was over.

When he retired in 1981, he had appeared in only nine playoff games -- only one of his teams made the playoffs and just two even had winning records -- and was generally regarded as having fallen short of living up to his enormous potential.  Indicative of Wicks' career was while he was on the Blazers in 1976, the Celtics won the title.  Then he joined the Celtics in 1977, while the Blazers won it all that year.

Just like Marvin Barnes, I would've loved to have seen Wicks play.  Based on his stats, I've always thought his career has gotten a bad rap.  He made 4 All Star Teams his first 4 seasons in the league.  To put that in perspective, the only 2 rookies since Shaq's first year in Orlando just to make an All-Star team in their inaugural season, were Yao Ming and Blake Griffin.  In other words, it's not easy to get in there, especially your first season.  Wicks also collected some MVP votes in both 1973 and 1975 (of course so did this guy in 1983, but we won't even get in to that for now). 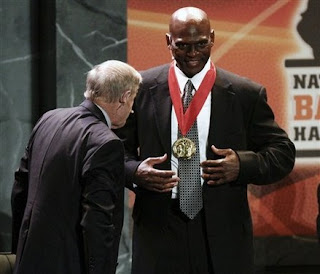 After he left the NBA, Wicks played another season in Italy and spent an additional year living there. He returned to UCLA and served four years as an assistant coach under Walt Hazzard.

If you're a frequent reader of WTHHT, it should come as no surprise that Sidney is involved in Real Estate today.  However he's not a real estate agent, just an investor.  It's tough to see just how active Sidney is in this field.  But he lives in North Carolina today and also owns a house in Los Angeles.