What the Hell Happened to...Mel Counts? 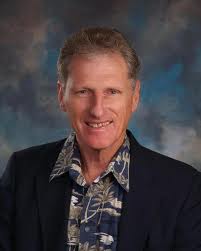 This week in WTHHT, we remember back to Mel Counts.  Mel was an All American at Oregon State University and in 1964, played on the US Men's Team that Won the Olympic Gold Medal under Hank Iba.  Mel would be picked in the first round by the Celtics with the 7th overall pick and made sure he arrived at training camp in the best shape of his life.  He'd heard of Red Auerbach's intense training camps and had to be prepared:

That first training camp felt like boot camp.  The first three days we didn't shoot the basketball.  We'd go full bore from 10-12 and then from 2-4 with hardly a drink of water.  There wouldn't be any breaks.  Back then they didn't know as much about nutrition as they know now, and about how the body recovers from exercise. 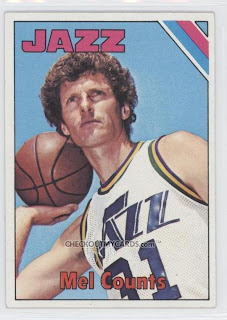 One thing they did know back then was how actual 7 footers played in the NBA.  But I digress.   Mel would win titles his first two seasons in the NBA with the Celtics but after the 1966 season he'd be traded to Baltimore for Bailey Howell in September.  That 1966 campaign saw Mel average over 8 points in just 15 minutes a night.

His stop in Baltimore would be brief though as midway through the 1967 campaign he'd be shipped to the Enemy in a three team trade.  Like Hank Finkel, Mel also played for the Flakers.  However I don't hate him as much as these two schmucks.  His most productive seasons would come in LA.  He was part of the 1969 team that lost to Boston in Bill Russell's final year.  After the 1970 season, he'd be traded to the Suns straight-up for Gail Goodrich [Tangent time: was the Buffoon running the Suns those years?  Goodrich was drafted by the Lakers in the territorial draft in 1965 but then inexplicably left unprotected in the expansion draft in 1968 by the Suns.  Only to be traded straight up for Mel Counts in 1970?  Goodrich would go on to a Hall of Fame career, be the leading scorer on the 1972 Lakers that won it all and get his number retired in LA.  Did a relative of the Buffoon run the Suns that year?  Can we blame this somehow on Jerry Colangelo?] 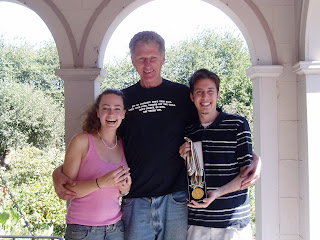 Counts would play for the Suns, Sixers, back to the Flakers, and then sold to the Jazz to round out his career.  Even though only 2 of his 12 seasons were played in Boston, it's where he won his only championships and he looks back fondly on his time there:


I've been  blessed.  How many people can say they've played with guys like Russell, Havlicek, Sam Jones, Tommy Heinsohn, KC Jones, and Satch Sanders?  I'm extremely lucky in that regard and I've got the rings to prove it.


Today, in the likeness of Rick Robey, Acie Earl and Chris Corchiani, Mel is involved in real estate, and is a broker for Prudential in Oregon.  It's not everyday you get to see an actual 7 footer doing Real Estate (unless you're dealing with Robey) but in this case, there's even a video of Mel:

My favorite part of the video is at 1:07 where Mel goes for a ride on that thing.  Mel has five children and enjoys hiking and fishing in his spare time while living in Oregon.