Kevin Durant rescinds trade demand; Nets will run it back with same core 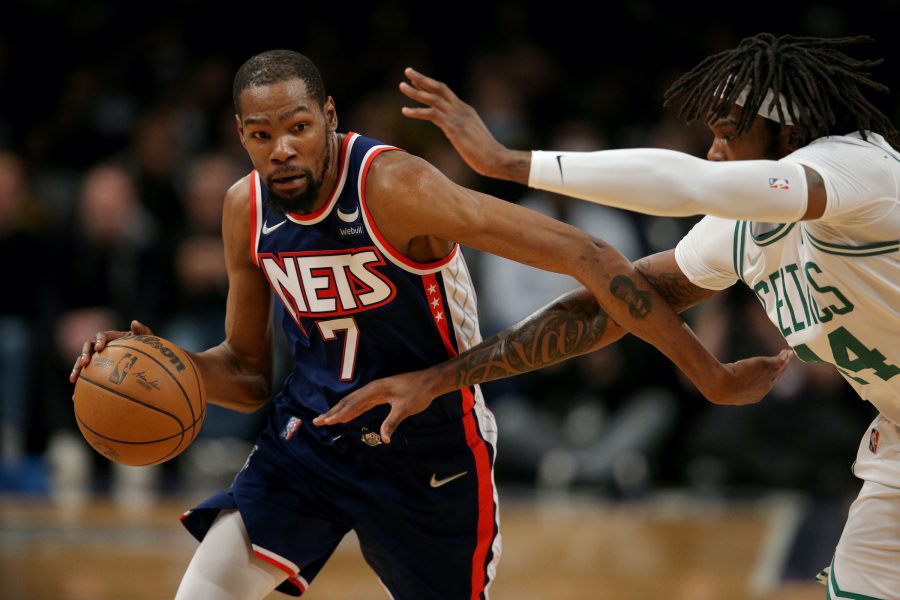 The Kevin Durant trade discussions are over, the Nets say. He’s under contract for four years. https://t.co/Xnwk4rPW8q

The summer of Kevin Durant trade talks is officially over. For most Celtics fans that balked at the asking price for Durant, this was a nightmare that they have finally awaken from.

In the end, Kevin Durant and the Nets played out in a similar way to Kobe Bryant and the Lakers in 2007: A tumultuous summer after a trade request, talks with teams, no deal and ultimately a decision to return to the franchise.

The Nets didn't want to trade Durant, but were willing to do so if they received a huge haul in return. They turned down what was likely their best offer in July when Brad Stevens reportedly offered Jaylen Brown, Derrick White, and a 1st round pick for Durant. The Nets were hoping to use that offer to get other teams like the Miami Heat and New Orleans Pelicans to go off their stances of refusing to include players like Bradon Ingram, Jimmy Butler, or Bam Adebayo in trade talks, but that never materialized.

And just yesterday after talk of the Memphis Grizzlies potentially becoming a viable trade partner for the Nets, Shams Charania more or less shot the liklihood of his own report down by stating that the Grizzlies won't make either Jaren Jackson or Desmond Bane available in trade talks. So once again another team that won't include a young talent on par with Jaylen Brown, so a non-starter for the Nets.

The Celtics also refused to increase their offer to the Nets liking and wisely let it be known that they would not be including either Marcus Smart or Robert Williams in a Jaylen Brown package.

The Nets and Durant were then basically stuck together. Durant wasn't going to just sit out the season and try and force a trade that might never happen. And the Nets weren't going to trade Durant for less than they believe he's worth.

Oddly enough both the Nets and Durant end up in a pretty solid situation. With Ben Simmons healthy and joining the playing roster this season and Kyrie Irving allowed to play home games again, on paper Durant has a very solid supporting cast that should be considered a contender. And obviously that's what the Nets wanted as well.

"The Nets had a crazy asking price for KD & that asking price just was not met" ~@ShamsCharania#PMSLive pic.twitter.com/GACoRLltQD