A year after a freak fall at the Olympics left him unable to walk and in hospitals for months, veteran NBA center Aron Baynes has recovered and will work out for NBA teams tomorrow in Las Vegas: https://t.co/spysXU1yLl

After a freak injury due to a fall that left former Boston Celtics fan favorite Aron Baynes temporarily paralyzed, the New Zealand born, Aussie center is attempting a combeback. Could he be an option for the Celtics who are in need of another big man?

Brad Stevens is a big fan of Baynes, but the 35 year old center will have to prove that not only is he 100% healthy, but that he has the quickness to play in Ime Udoka's defensive system. Boston has already signed Danilo Gallinari and re-signed Luke Kornet, so that's two bigs on the roster already who are minus defenders.

Personally I'd have preferred Baynes over Kornet for an end of the bench role if you could only have one, but oh well, the Celtics love bringing Kornet back for one reason or another.

We will keep you updated if we hear about any interest between the Celtics and Baynes. 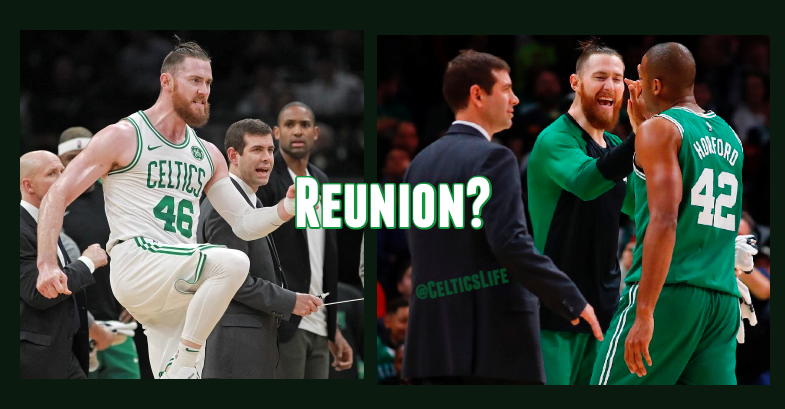