Boston Celtics: The Top 5 Greatest Players Of All Time 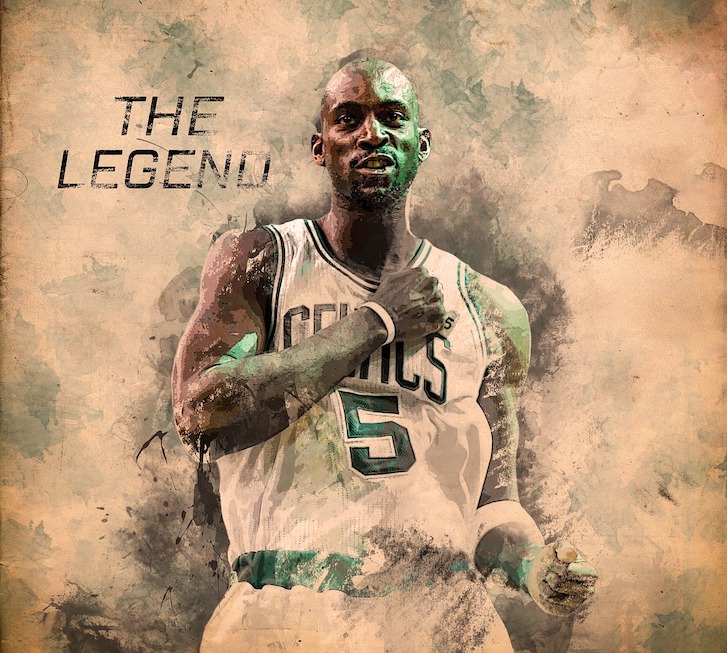 The Boston Celtics are one of the most successful franchises in all of sports and are currently tied with the LA Lakers for most NBA Championships (17).

The Celtics won consecutive titles from 1959 to 1966. They were champions all through the 60s, except in 1967. The C's continued to dominate the league in the 70s and 80s but would experience a long layoff after their 1986 championship run and until 2008 when they won their 17th league title. Boston fans have enjoyed the services of some of the greatest NBA players of all time throughout their history. Their roster currently boasts, Jayson Tatum and Jaylen Brown, two of the best duos in today's NBA, and newly-crowned Defensive Player of the Year, Marcus Smart.

As Tatum and Brown look to inscribe their names on the Celtics' history books, we decided to rank the five greatest players to ever play for the C-Green Smash Machines.

His best years came after the Celtics acquired Kevin Garnett and Ray Allen to form a big three with Pierce. This trio led the Cs to two NBA finals, beating the Lakers in 2008 and losing to the same team in 2010 after seven rounds. Pierce won the Finals MVP in 2008, after averaging 22.0PPG in the finals.

The Celtics almost missed out on the opportunity to select the highly-coveted Bob Cousy in the 1950 NBA draft, despite having the number 1 overall pick.

Cousy would later end up in Boston via a dispersal draft and thanks to his reluctance to play for the Tri-Cities Blackhawks. The rest they say is history.

Cousy spent 13 years in Boston and has won six NBA titles throughout his stellar career. He was named the regular-season MVP in 1957 and has made 13 All-Star appearances. Cousy is among an elusive group of players that have made the NBA 25, 50, and 75 Teams.

Perhaps his most memorable performance was in the 1959 finals; a series against the Lakers. Cousy recorded 51 total assists in this series and helped the Celtics to a 4-0 sweep; a 4-game playoff assist record that remains to this day.

John Havlicek was drafted by the Celtics in 1962 and would go on to become the franchise's greatest scorer. During his 16 years at Boston, Havlicek won eight NBA titles, a Finals MVP in 1974, and was First Team All-NBA on four occasions. He also made the NBA 35th, 50th, and 75th Anniversary Team.

We may never see a man as clutch as John Havlicek. He was instrumental in close-out games during his career. In 1968, Havlicek helped the Celtics become the 1st team to overcome a 3-1 playoff deficit in a series against the Philadelphia 76ers.

He recorded 26,395 points for the Celtics; a franchise record.

Larry Bird is consistently ranked amongst the top 10 greatest basketball players of all time. He exploded into life right from his Rookie season. Bird won the Rookie of the Year in 1980 and played a huge role in the Celtics' trip to the Conference Finals where they lost to the 76ers.

The Celtics were title contenders all through the 80s, winning the chip three times during the Bird era. The Larry Bird vs Magic Johnson rivalry gained loads of attention in the 80s and helped push the game of basketball beyond the shores of America. It also reignited the longstanding rivalry between the Celtics and the Lakers.

Bird ended his career with the Celtics after 13 years, winning three consecutive MVPs between 1984 and 1986 and 2 Finals MVPs. He made 12 All-star appearances, was the All-star MVP in 1982, and made the First Team All-NBA on nine occasions.

The NBA Finals MVP is named after the great Bill Russell for a reason. In his 13 years with the Celtics, Russell won 11 rings, including two as a player/head coach. No other player has as many rings in their cabinet.

Arguably the greatest defensive player, Russell was a rebound king, averaging 22.5 RPG in his career. He led the league in rebounds on four occasions. Russell holds the record for second-most rebounds in a single game with 51 and remains the all-time leader in rebounds with 4,104 points. He remains the only player to have 40 rebounds in the NBA finals, a feat he has achieved twice.

Bill Russell became the first black head coach in US Professional sports and won 2 rings as a head coach.