Jayson Tatum and the Celtics out-dueled fellow All-Star Trae Young and the Hawks Tuesday night to lead Boston to a 107 to 98 win to kick off March. The Celtics had a great February, but did end it with a poor loss to the Pacers on Sunday, so all eyes were on how Boston would respond versus a solid Hawks team.

Things weren't looking so hot in the first half with the Hawks building up a double digit lead and Jaylen Brown unable to return from a sprained ankle, but Boston righted the ship in the 2nd half. Jayson Tatum led all scorers with 33 points in the win. That was his nineteenth 30 point game on the season if you're counting at home.

Grant Williams and Derrick White scored 18 points each off the bench to help the cause in the Celtics first game of this three game home stand. Marcus Smart added 16 points and Robert Williams pulled down 13 rebounds in the victory.

Boston improves to 37 and 27 on the season and will host Ja Morant and the Memphis Grizzlies next on Thursday.

The Celtics will monitor Jaylen Brown's ankle over the next few days. According to head coach Ime Udoka, Jaylen felt good enough to want to get back in the game tonight so that's a positive sign.

Marcus Smart talked about what it meant to rally and come back with Jaylen Brown down pic.twitter.com/Eb7T0bBN4P 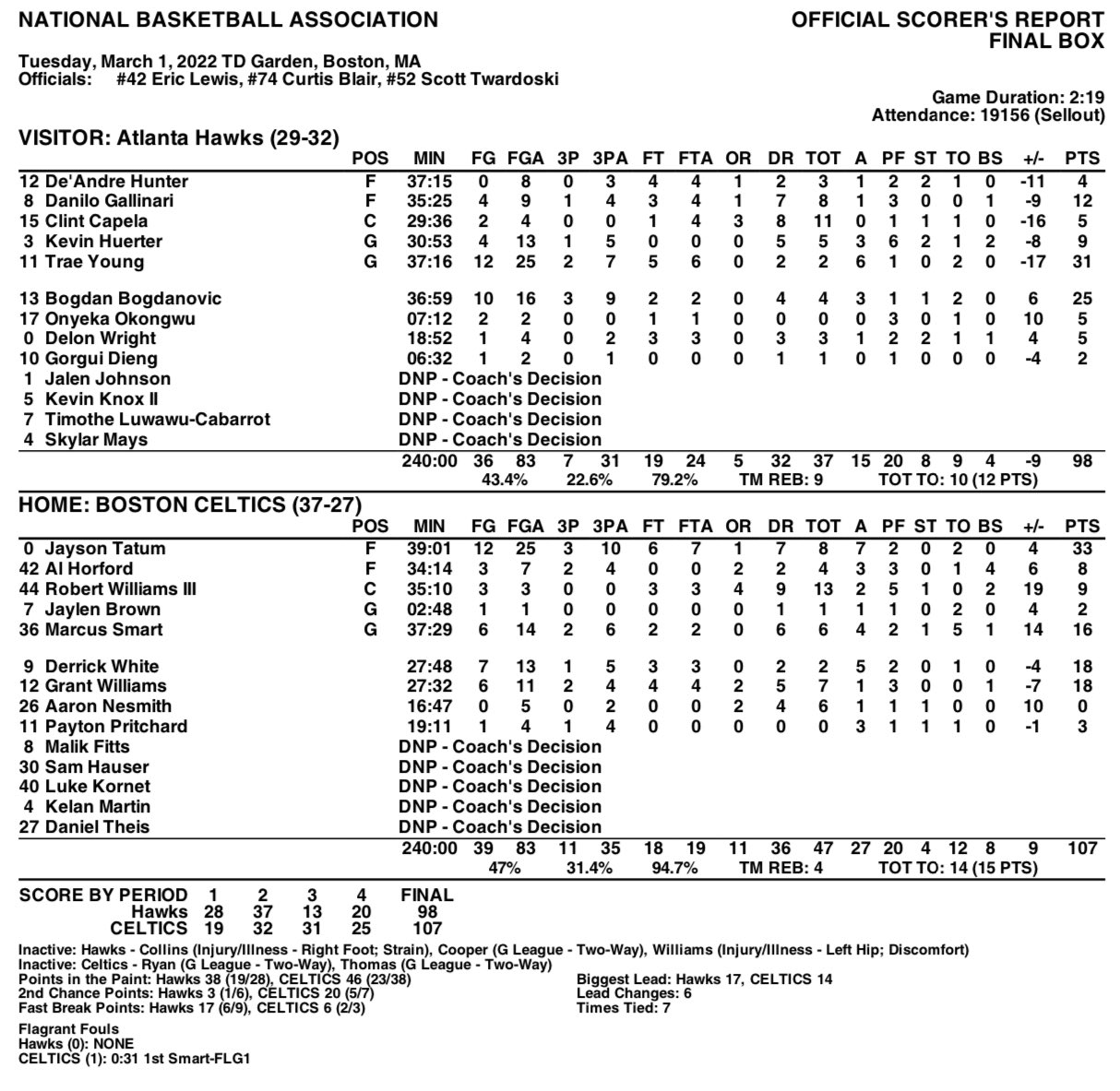