Josh Richardson led the Boston Celtics with 27 points as they were able to hold off the Knicks who got a huge boost from former Celtics Kemba Walker and Evan Fournier who combined for 61 points. Jayson Tatum and Jaylen Brown added 25 and 23 points respectively in the Celtics win.

The Celtics had control of this game for the first half, but then Kemba and the Knicks outscored Boston 41 to 24 in the 3rd quarter to give New York a 2 point lead going into the final quarter. But Boston was able to take care of business in the final 12 minutes.

Boston improves to 15-15 on the season, while New York falls to 13-17. The Celtics will try and make it two wins in a row when they host the Philadelphia 76ers Monday night at the TD Garden.

Ime Udoka said he was “livid” at the way the Celtics were playing in the third quarter, but thought they had three great quarters of defense besides that.

.@paytonpritch3 stayed ready and stepped up, dropping 16 points off the bench in tonight’s W pic.twitter.com/5RG0VnaABj

“He shot the ball exceptionally well,” Coach Udoka says of Josh Richardson. “The shooting and aggressiveness offensively was needed and great to see.”

Kemba Walker admits it's been a "rough couple years" with injuries he's dealt with, but that everyone goes through tough times. "I've had a great career thus far, and a lot of things have gone my way. It's a tough time right now ... [but] I feel like I'm built for any situation." 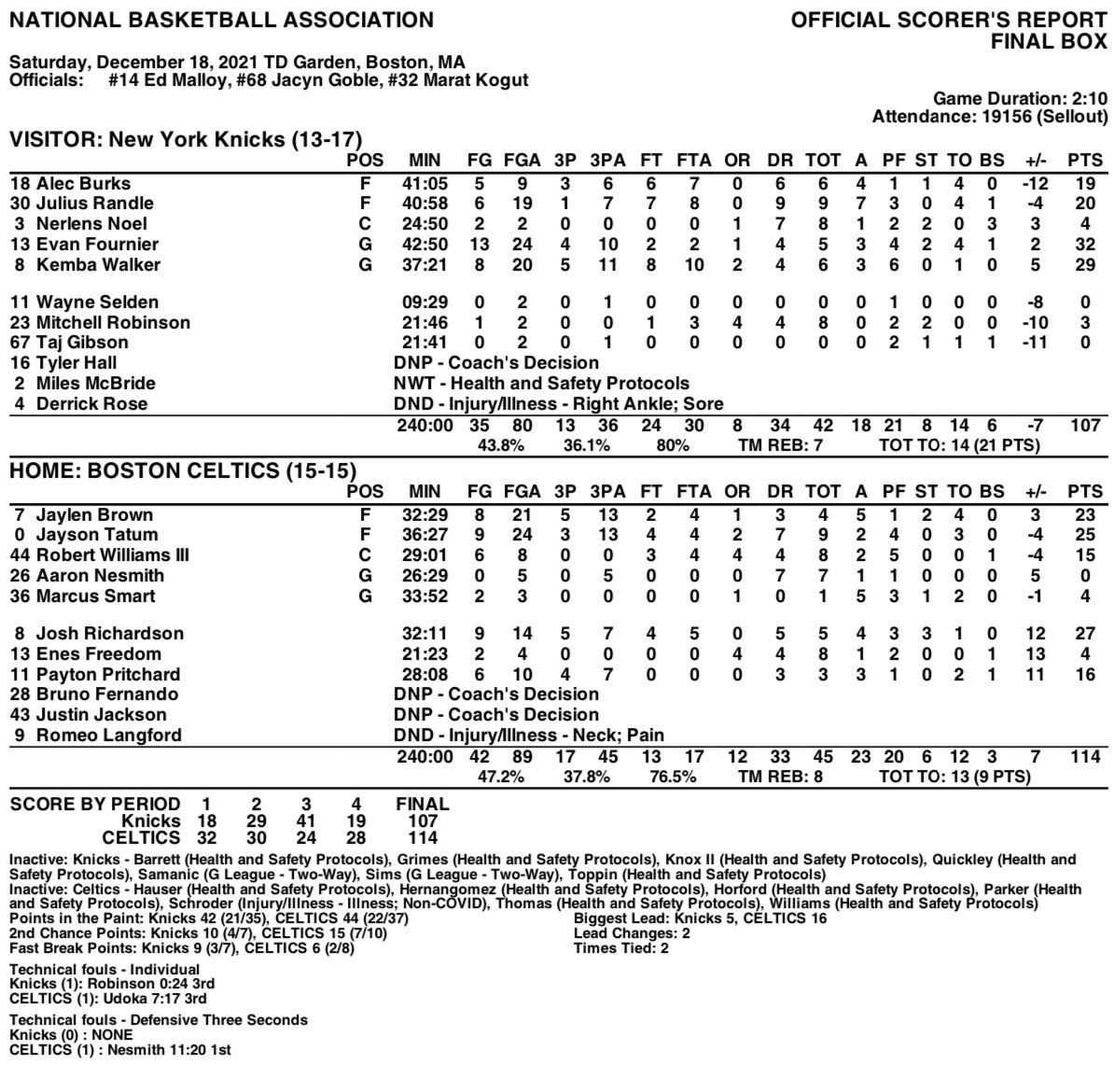