The Boston Celtics came back from a 20 point deficit to take an early 4th quarter lead, but Steph Curry (30 points), Andrew Wiggins (27 points), and the Golden State Warriors prevailed in the end Friday night in Boston by a final score of 111-107.

Veteran wing Andre Iguodala was a major boost off the bench for the Warriors who played without Klay Thompson, Jordan Poole, and James Wiseman. The Celtics played the game without three key players as well in Al Horford, Grant Williams, and Dennis Schroder. Romeo Langford also got injured in the first half and only played 8 minutes in the game.

Jayson Tatum led the Celtics with 27 points in the loss while Jaylen Brown and Marcus Smart chipped in with 20 and 19 points respectively. The Celtics will be back in action tomorrow night once again at home versus the New York Knicks. Boston's record now stands at 14-15. The Warriors improve to a NBA best 24-5.

Ime Udoka said the Celtics showed clips at halftime of them not getting bodies on guys and getting beaten to 50-50 balls.

Coach Udoka: "Loved the fight and effort overall. Shorthanded or not, we’ve got capable guys out there and we felt we defended at the proper level in the second half." 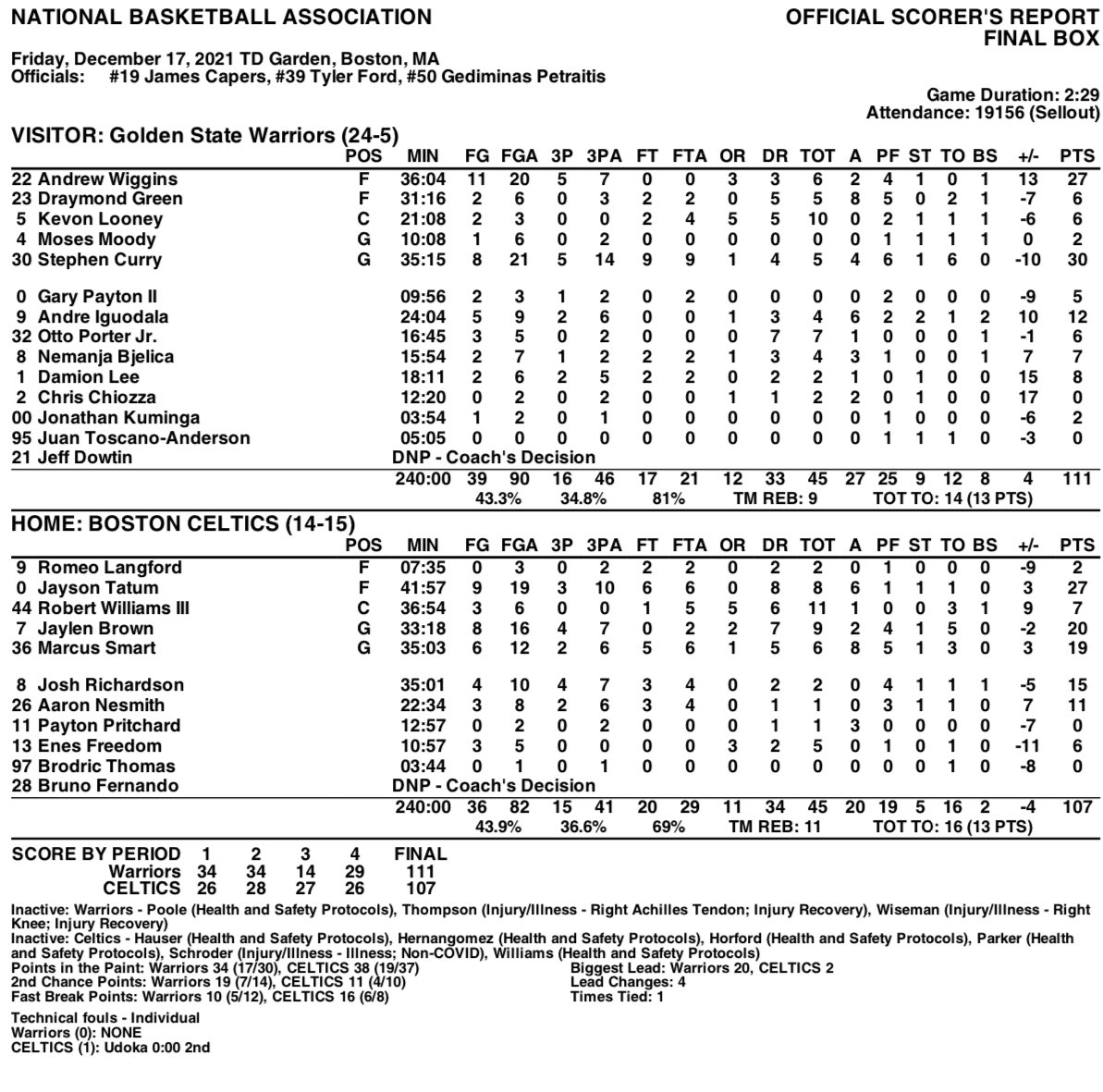