4 reasons why Mavs are the ideal team for Isaiah Thomas 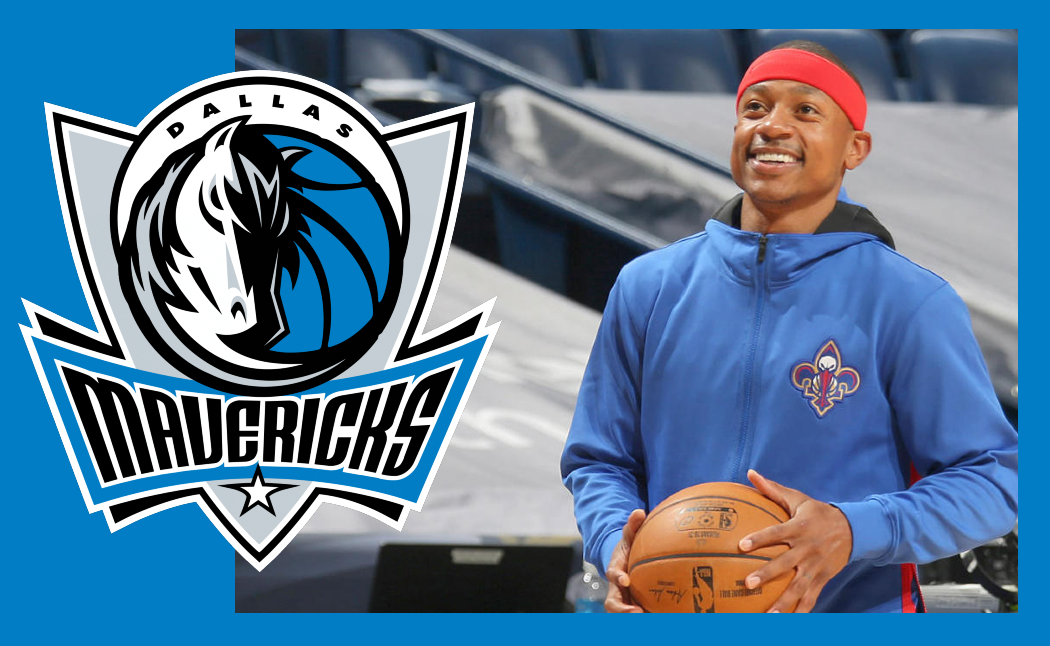 The writing was pretty much on the wall last week that the Lakers wouldn't retain Isaiah Thomas past his 10 day contract. And then when they signed Darren Collinson, you knew it was over. We wrote how the Lakers personnel were a horrible fit for the Isaiah and how there were much more suitable NBA homes for him, where he'd actually have a chance to stick in the NBA. The Dallas Mavericks were the team we said was ideal.

This afternoon the Mavs did in fact sign Isaiah Thomas to a 10 day hardship deal.

Here are 4 reasons why the Mavs are the ideal team for Isaiah Thomas:

1. The team has been searching for another ball-handler. They have Luka Doncic, Jalen Brunson and then no one. The Lakers had Lebron James, Russell Westbrook, and Rajon Rondo who all needed the ball in their hands. Brunson can play off the ball as well. Isaiah isn't Isaiah if you're just playing him off the ball. In Dallas, he'll actually get a shot to play his game.

2. Luka is OUT. Doncic has battled injuries this season and is currently out due to COVID HSP. When you're on a 1 0 day deal you need minutes right away. Thomas should get as many high usage minutes as he can handle while Doncic is out.

3. Mavs bigs are stretch bigs Further complicating matters in L.A. is not only did Thomas have to play off the ball, but when he got the ball it's not

like he could drive to the hole. Defenders played off guards Westbrook and Rondo as well as bigs DeAndre Jordan and Dwight Howard. Mavs bigs are Kristaps Porzingis and Dwight Powell who are both stretch bigs.

4. The Mavs are playing for the playoffs and not a rebuilding team. This last point is important. To get the most out of Isaiah, you need a team where he can be one of the primary ball handlers and scorers. Most of the teams that have spots available for a player like that are at the bottom of the NBA standings and would prefer to play young players who might be a part of their future once they have rebuilt.

The Mavs are the rare playoff team that actually could fit a 32 year old ball dominant Isaiah in.

Nice to see Mark Cuban reads Celtics Life! We mentioned DAL a wk ago as the team that might best suit Thomas' skill set. And per @ShamsCharania the Mavs are signing IT. Congrats Isaiah!

If you are wondering why the Celtics didn't sign Isaih there are more 4 reasons for that. You saw how crazy Celtics fans got over signing just Joe Johnson. The pressure to play Isaiah would be ridiculous on rookie coach Ime Udoka who already has a ton on him. Danny Ainge never wanted to do that to Brad Stevens when he was the coach and Brad wouldn't do it to Ime.

Plus the Celtics personnel while not as horrible fit wise as the Lakers, is not much better. Tatum needs the ball in hands. Jaylen needs the ball in his hands. Smart and Schroder need the ball in their hands. Josh Rihcardson as well. Even IT was to get playing time in Boston he'd have to play off the ball. And that playing time would have to come from somewhere. Ime would have to sit not only Schroder, but you can forget about Payton Pritchard getting any minutes.

Brad Stevens is trying to rebuild this Celtics team, not just live in the past. Another guy who needs the ball in his hands and shots is the last thing Boston needs. Add in the fact that Udoka's whole system is defense first and there's another reason why Isaiah was not in the Celtics' crosshairs.

The thing with Thomas is he's a brutal defender. He needs to have the ball in his hands and dominating of offense to make up for that fact. He can't just be good on offense to have a role in the NBA. He doesn't need to be a 30 point scorer like he was prior in Boston, but he needs to still be very good on offense.

Thomas wouldn't have that opportunity in Boston offensively and it would be career suicide for Udoka to play Thomas with his defensive struggles in Udoka's system if he's not a focal point on offense.

Celtics fans might want Thomas in Boston, but it would not be a pretty sight while he was here and it would end badly. If you really are a Thomas fan you should be happy that he signed in a place where he actually has a chance.

Thomas has said, he just needs one more chance and he will show everyone that he's still great. The Lakers weren't that chance. The Celtics and most other teams wouldn't be either. Dallas is Isaiah's opportunity. You wanted the shot. Now you have it Isaiah. Rooting for you.

Yay we called one! Celtics finalizing deal to acquire Josh Richardson from the Mavs https://t.co/Fiyr4a4BbP pic.twitter.com/DDLUfr2Rf1

And in case you're wondering, no we don't have a source in the Mavs front office. We just try to come up realistic ideas as opposed to pandering for "likes" and retweets on Twitter or clicks on article links. Seems silly to waste time on a tenth or eleventh article saying why Boston should sign Thomas when it's never going to happen and there are better fits for him on other teams.

And it's a waste of time to constantly post articles or tweets about the Celtics adding a 3rd star, when the whole NBA knows the Celtics don't have the assets to acquire a Beal, Simmons, Lillard, Fox, Dejounte Murray, etc. If you want one of those guys, you're parting with one of the Jay's.

Josh Richardson was a realistic trade option since he just had two straight poor years. Sure a "Let's trade Nesmith, Pritchard and three first rounders for Damian Lillard" post or tweet would get a lot more reads and likes, but it's just pandering for positive attention. Those are fairy tales.

So no sources with the Mavs. Just used common sense as opposed to solely emotions.