LeSnitch getting triggered by a couple of kids who presumably weren't referring to him by his self proclaimed "King" moniker & has them ejected from the arena pic.twitter.com/cdOHgdhjE1

Lebron James returned from his first suspension ever tonight and promptly demanded that two fans go through what he went through by getting them kicked out. Could Joanie and Chachi have said something very disrespectful? Sure. But that was as solid of an ejection face that one can ask for. Why did LeBron tattle tale? Maybe they said something not nice about the Chinese government? Who knows?

All we know is that LeSnitch is still currently trending, which is rather funny. Happy Thanksgiving everyone! 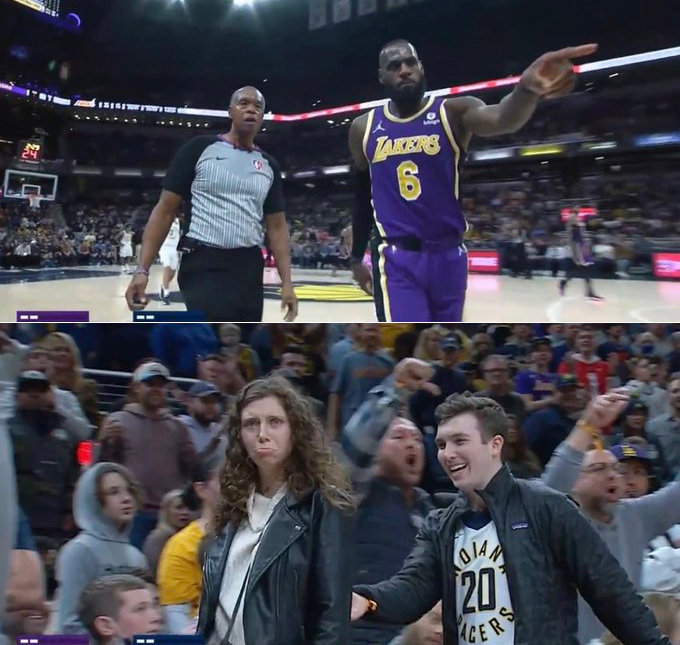 And yes, we definitely will talk about the LeSnitch incident that happened at tonight's game in Indianapolis.

After the game, Lebrin had this to say:

There’s a difference between cheering on your home faithfu and then there’s moments where it goes outside the lines. When obscene gestures and language come into it. Can’t be tolerated.”

I believe James was referring just to the fan(s)' language and not also his "This one right fu@king here!” line.