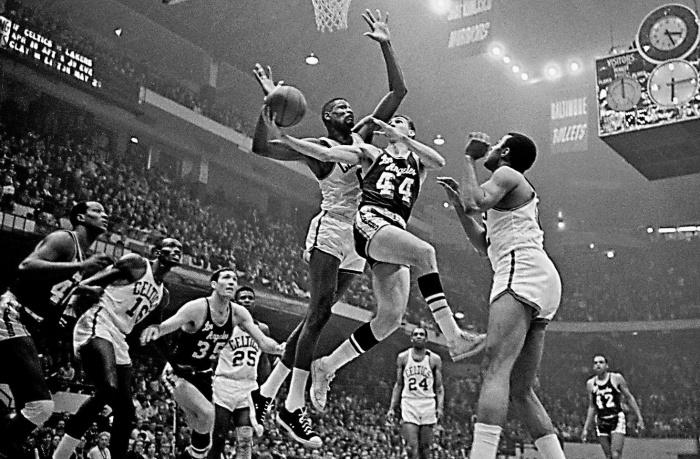 Shortly before the launch of the Association’s 20th season – and right in character, I might add – Red Auerbach informed his competition that they’d be getting just one last chance to knock “Coach” Red from his throne … he’d be running the show from the front office thenceforth. 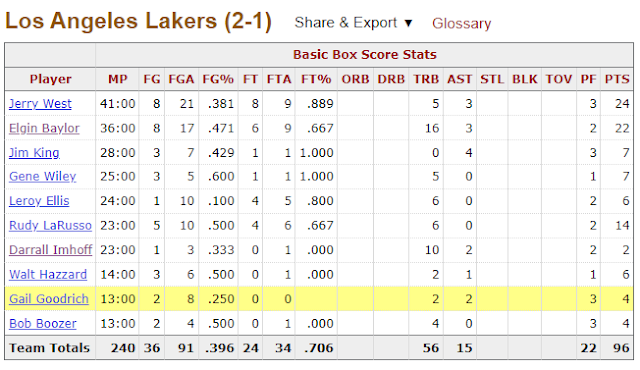 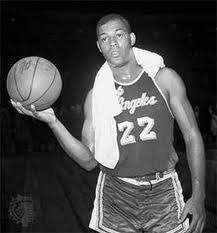 Schedule-maker Eddie Gottlieb provided Auerbach’s long-time nemesis Fred Schaus and his Lakers an early opportunity to “send a message.” And while West and Baylor showed up and showed out (a combined 46-21-6) as Bill Russell couldn’t throw the ball in the ocean from the pier (3-for-15 from the field), the Jones boys (Sam with 30 points and KC with a dozen assists) led the way to handing the defending Western Division champs their initial loss of the season. 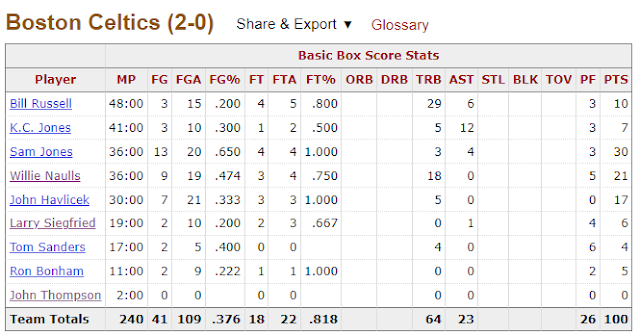 Two Celtics delivered what we’ve come to call a “Double-double” – Russ cobbled out 10 points to go along with his 29 caroms, just another day at the office. He was joined by the man selected eight picks after the GOAT – and by the team that had actually drafted him – in the 1956 NBA draft.

Willie Naulls did indeed play 19 games as a rookie for Ben Kerner’s St. Louis Hawks … but he was destined from the start to have a short stint with Bob Pettit and company. In early December, he’d become a New York Knick, where he’d play for the next 6+ seasons, making four All-Star teams.
Auerbach acquired the seven-year vet two years before in a straight cash deal from the Warriors.
Like Auerbach, Willie Naulls would step away at season’s end, a three-time champion.
Abacus Revelation for the Road
The trade that sent Naulls from St. Louis to New York was a doozy, and had been set up during the summer of 1956. Ben Kerner needed a lead guard for his powerful Hawks and had his eye on Slater Martin, who was pondering retirement from the now-Mikan-less Minneapolis Lakers. Over the summer Kerner visited with the amenable “Dugie” – but they both knew the Lakers wouldn’t trade Martin to a division rival.
Martin led the Lakers to believe he’d retire to his business interests in Houston if he were not traded, so the Lakers included him in a package to acquire big man Walter Dukes from New York.
What the Minneapolis brass didn’t know is that Kerner had encouraged the Knicks to trade for Martin, with the promise he’d have a suitable offer for Martin’s services once the season was underway.
The “suitable offer” turned out to be the rookie from UCLA – while Martin would lead St. Louis to the NBA Finals in three of the next four years, delivering Kerner the Brass Ring in 1958.
Accoutrements: Meriden (CO) Journal, basketball-reference.com,