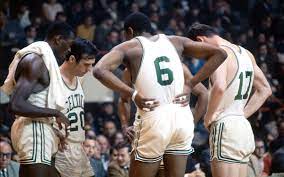 As the NBA kicks off its 76th season of play this evening, it’s perhaps worthy of note that only once did the great Bill Russell compete in a regular-season game on this date. It occurred in what was to be – though only Bill himself knew at this point – his final season.

Coach Russell’s defending champions had opened their season the night before by dispatching the Pistons in Detroit, before shuttling to Chicago for a Saturday night encounter with the undefeated (2-0) Bulls. Both games were televised locally, the tantalizing tandem of Auerbach and Heinsohn handling the broadcast duty. 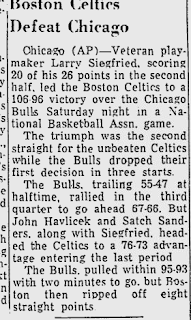 Big Bill’s shooting eye” was off – he’d missed four of five Free Throws in Detroit, as well – but he still managed to lead his squad in both rebounds and assists … and in so doing, he would hand the Bulls’ rookie coach his first NBA defeat, some dude named Motta who’d win a championship about a decade later.
The pesky Bulls had five guys reach double-digit scoring, including former Celtic Jim “Bad News” Barnes and future coaching legend Jerry “The Original Bull” Sloan.
The underappreciated Larry Siegfried, who served as Boston’s de-facto “offensive coordinator” during Russ’s last two years, began the season at a blistering pace, tickling the twines for 52 points for the weekend.
Accoutrements: Sports Illustrated, Reading (PA) Eagle, basketball-reference.com, michaelhamel.net 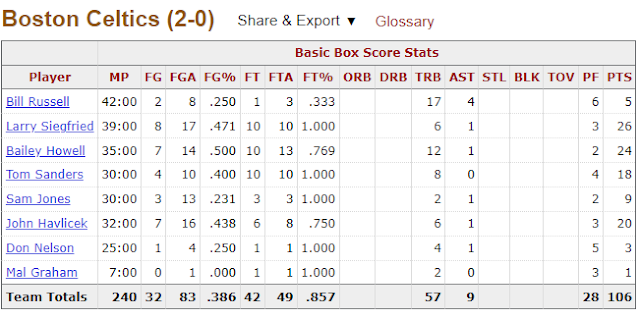