In our new Past Forward imagining, Fast PP chats up HOFer and Banner 14 champ Nate 'Tiny' Archibald.  Pritchard, who was killing it this past summer/preseason (before breaking his nose in the recent game against Orlando), could take a lesson or two from Tiny, who is the only* NBA player to have won both scoring (34 ppg) and assist (11.4 apg) titles in the same season (1973).  And while Archibald, who joined the C's in '78, didn't put up those volume numbers in Boston, he could tutor Pritchard in wisely picking his spots and leading a team to a championship.  That's taking Tiny's lessons from the past, and using them for big gains moving forward.

*The Big O, Oscar Robertson, would have won both scoring and assist titles in '68, but the league at the time based the titles on season totals, instead of today's qualified averages. 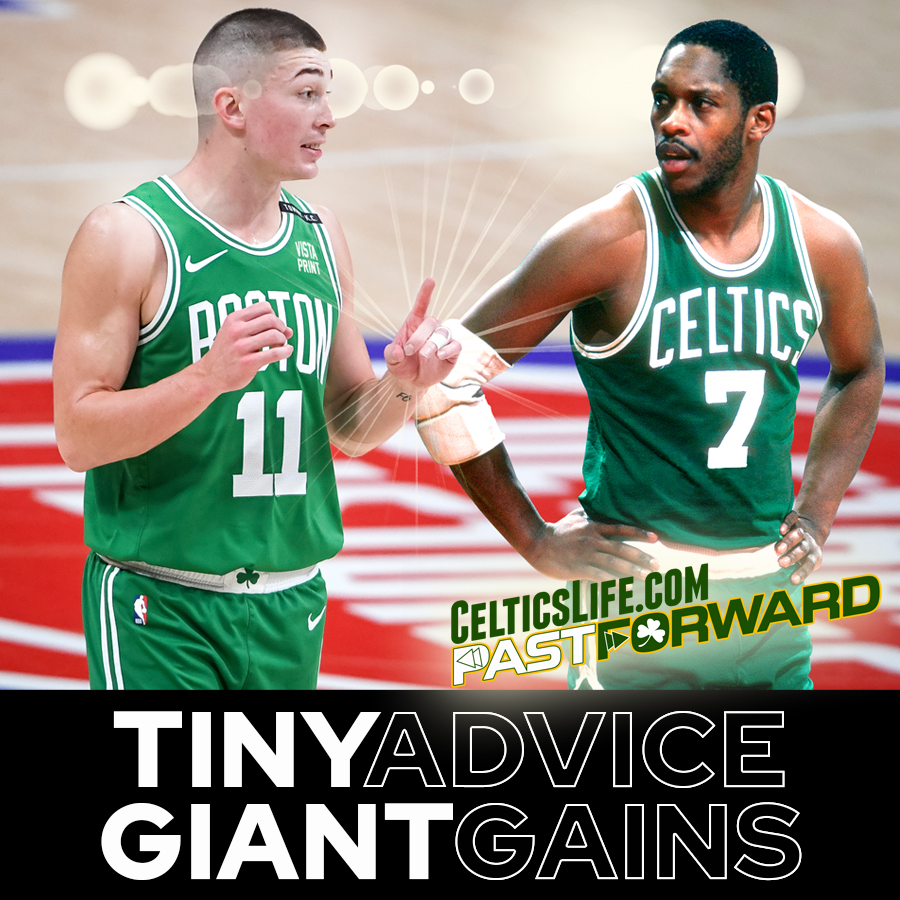