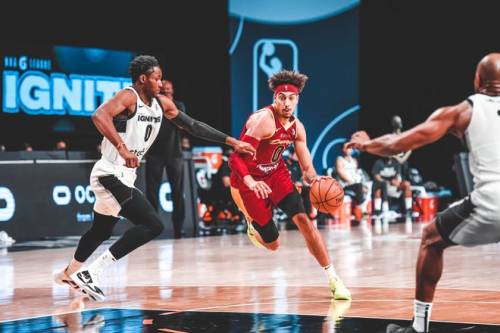 The Celtics waived Jabari Parker this weekend, which was somewhat expected due to his non-gauranteed contract, but I was still pulling for the former #2 overall pick to stick with Boston.

That move, besides saving the team money, also opened up a 15th roster spot. There is no guarantee the Celtics fill that spot. Based on his age and the talent he flashed in Boston, I expect another team to pick up Jabari at some point sooner rather than later.

Free agent guard Brodric Thomas has agreed to a two-way contract with the Boston Celtics, sources tell ESPN. Thomas had stops with Houston and Cleveland a season ago.

Brodric Thomas who played Division II basketball at Truman State has had cups of coffees with the Houston Rockets and Cleveland Cavaliers previously. Thomas will sign a two-way deal with the Celtics, meaning the majority of his Celtics tenure this season will likely be in Maine. The Celtics must like the potential of the 6'5" guard.

Sam Hauser is the Celtics other two-way player. In previous seasons fan favorite Tacko Fall and point guard Tremont Waters held these spots. They both decided to move on this offseason.