Romeo Langford added 18 points in the losing effort. The Celtics preseason record concludes at 2-2. This was the first game that ended up not going down to the wire as the Heat dominated the 4th quarter. The Celtics open the season on Wednesday vs the New York Knicks.

"I think he did have his fourth foul... [but] when we cried about calls, they were running it out and got too many easy looks."

Ime Udoka explains why he benched Grant Williams after the forward allowed a dunk by Bam Adebayo while complaining about a foul call. pic.twitter.com/EeTgiWt1uz

Coach Udoka: “The next few days are going to be important. We’ll start to focus on New York, and add some more to our toolbox.” 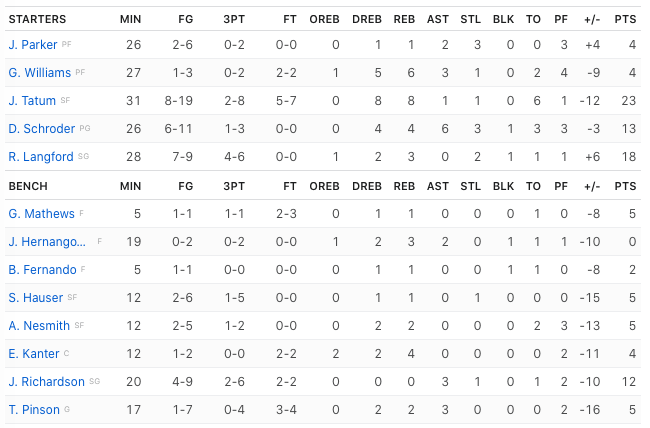