This time around, the Celtics came up on the losing end of a close one as the Orlando Magic hit a game winner just before the final buzzer. The Celtics were already playing with most of their main guys out and then had to play without Payton Pritchard for the second half.

Ok we see you Nesmith! 👌👏 pic.twitter.com/whpXJK3vzP

After the game, head coach Ime Udoka confirmed that Pritchard broke his nose. The second year guard will miss the team's next preseason game. Speaking of 2nd year guards, Aaron Nesmith stepped up and had a solid night. He finished with a team high 23 points in the 103-102 loss.

Romeo Langford added 12 points for the Celtics, while RJ Hampton led the Magic with 20 points and 8 rebounds. 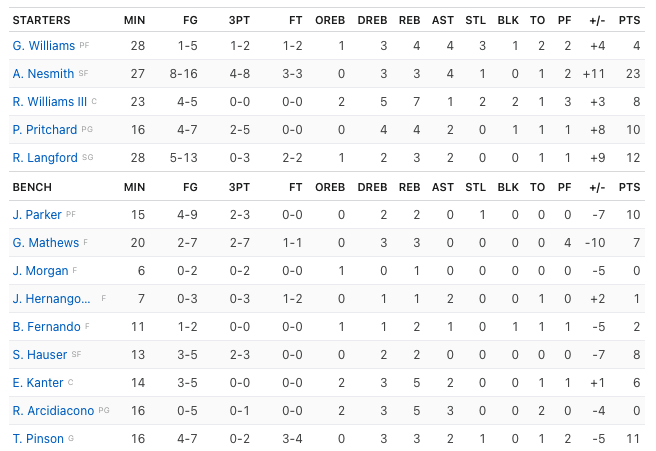 Jaylen Brown and Al Horford were both sidelined by COVID, while Jayson Tatum, Marcus Smart, Dennis Schroder, and Josh Richardson all sat out to "Rest."