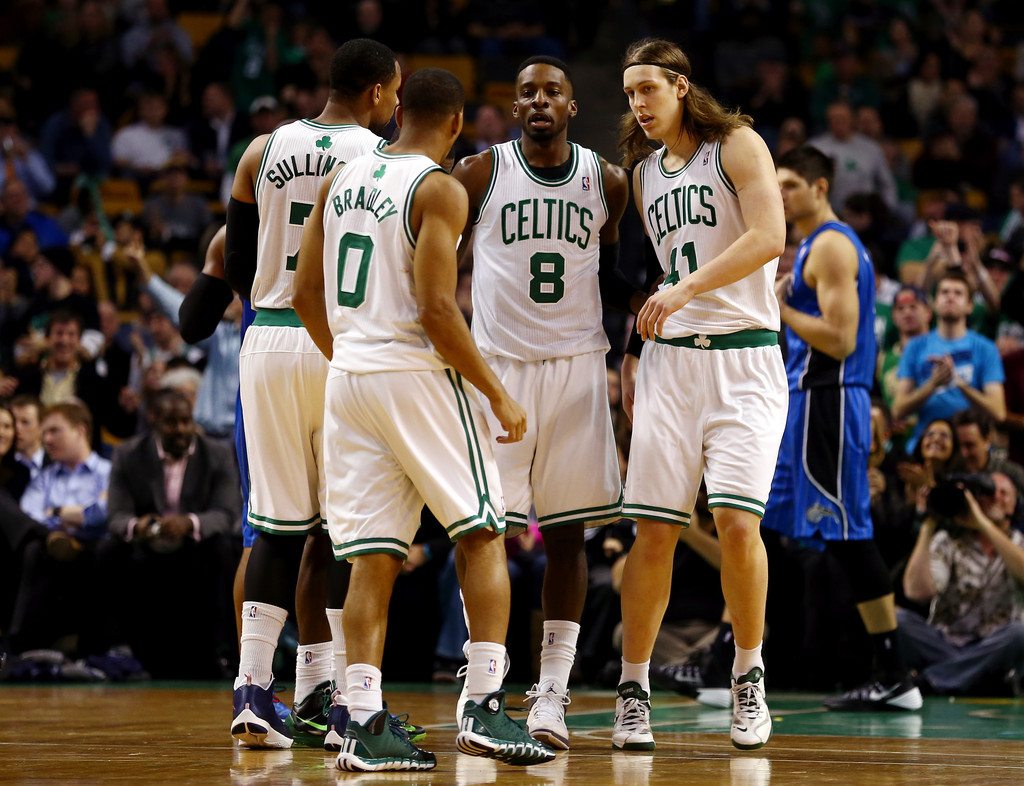 Jeff Green is reportedly a 'primary target ' for the Boston Celtics, per @AdamHimmelsbach

Why stop there. Jared Sullinger looked slim and effective in the video that popped up a few months back of him playing overseas. Why not sign the whole foursome from the above picture? We kid of course and this isn't an all of them thing. It's a reported list of three players Boston is or could be interested in. Olynyk might be out of the Celtics price range, but he checks off a lot of the boxes we just wrote about in the Green Target for Lauri Markkanen.

The ideal third big for this Celtics roster (or any roster for that matter) is a stretch 4/5. They also allow your coach to play a second big next to Robert Williams. I'm still salty that Jeff Green had his best playoff game in Game 7 of the Eastern Conference vs the Celtics as a member of LeBron's last Cavs team. Like not only did he not reach the expectations he had as a member of the Celtics, but that fun, rookie Jayson Tatum led team makes the NBA Finals without that huge Uncle Jeff performance.

That said, what made Green a poor big option while he was on the Celtics has now been remedied by the new era of NBA basketball. Anyone can get a rebound now since bigs on offense are told to get back on defense instead of hitting the glass. And on defense since there are no opposing bigs crashing the glass, teams often have their own bigs run down on offense and let a guard or wing get the uncontested defensive rebound.

New: Per sources, the Celtics will have interest in veterans Jeff Green and Rudy Gay, among others, as free agency opens Monday. More: https://t.co/8gLbYh4lL1

Jeff Green will be 35 when this season starts, but he still was effective for the Nets last season. He isn't most team's idea of a big to highly target at the start of free agency, but if Stevens goal is cap space next summer he's a realistic get on a one year deal. I'm sure the Celtics would like a team option on a second year, and that seems realistic as well.

Rudy Gay is the same age as Green and it makes sense if you're going after one, you'd settle for the other. Avery Bradley is a bit more puzzling. He'll be 31 once this season begins and he hasn't been consistently good since he was on the Celtics.

Oh snap another #GreenTarget by @CelticsLife https://t.co/iFHO5GnFCP Looks like Lauri is guaranteed to be a Celtic by Wednesday. ;)

Plus with Richardson already on the team and possibly Dunn or another veteran point guard, it seems that Bradley would take minutes from the young players that you need to develop into something. Would rather Romeo, Nesmith, Pritchard, and Madar get AB's minutes.

Lastly, Bradley had a sexual assault case brought against him. He reached a paid settlement out of court with the accuser. Would prefer not to have him on the team. If he wasn't guilty of anything wrong and just paid for the case to go away, I feel bad for him, but I tend not to side with accused sexual assaulters who pay off their accusers. Your opinion may differ.

Sullinger while not rumored is young enough and in shape that I wouldn't be surprised if he gets another crack at the NBA. Would also depend what percentage he was capable of shooting on 3's. 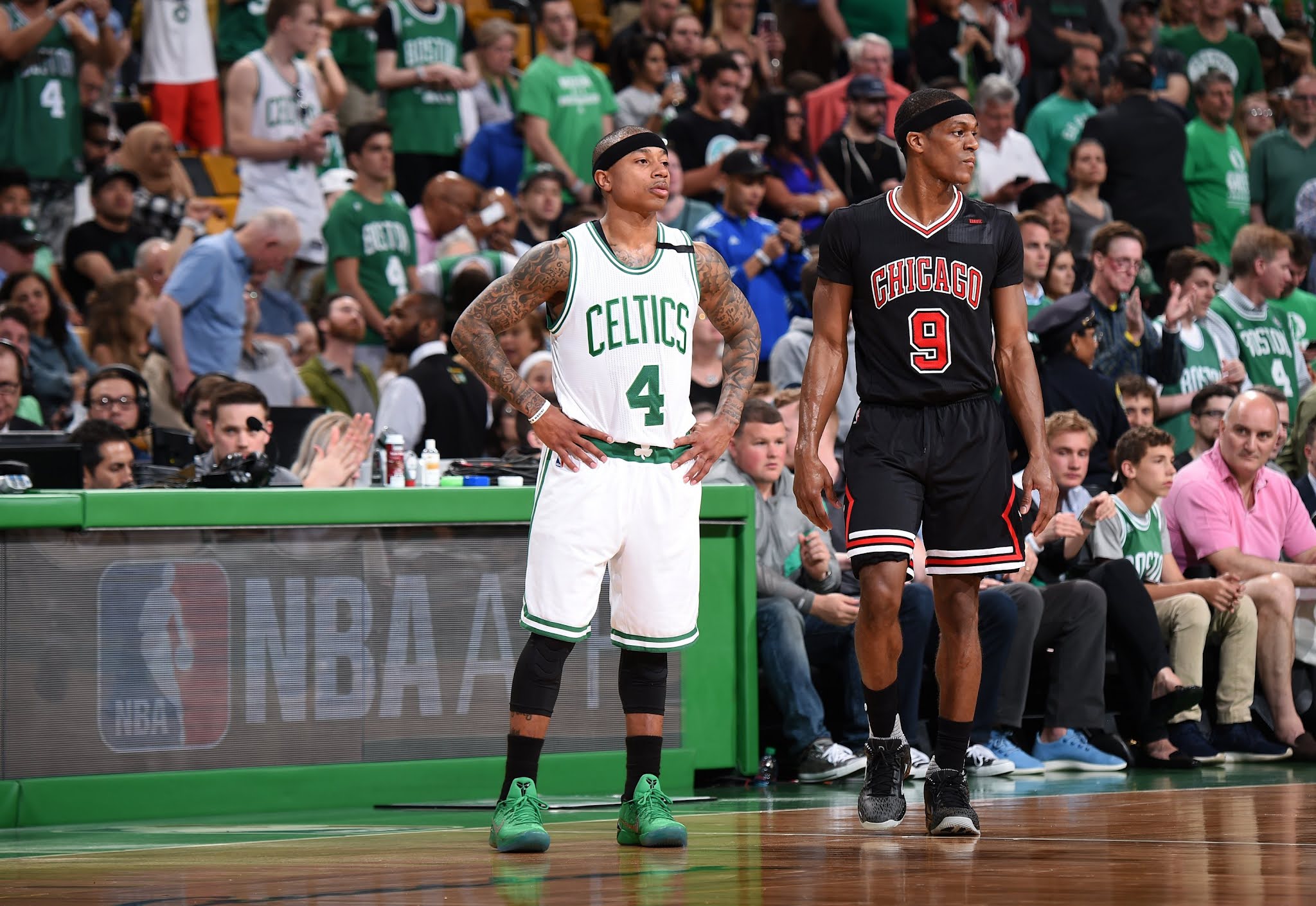 Of course the name from the past most fans want to hear is Isaiah Thomas'. There have been zero rumors of any NBA team showing interest in the former MVP finalist. I mean you're getting all the same tweets and retweets from Thomas about how he's "back to his old self," but it's kind of a Boy Who Cried Wolf situation by now. We've gotten that same story every year now. NBA scouts said he no longer had the burst on drives he once did when they were asked to evaluate is inefficient Team USA performance last winter. And IT's Pelicans' tenure this season was extremely brief.

Everyone already knows if you throw Isaiah out on a court and he has the green light he's going to hit a lot of 3's. He only will be back once scouts are seeing him do all the other stuff effectively in NBA games. Drives and dishes. Cutting down on turnovers. Points at the basket. Great shooting percentage. Being a plus in +/- while on the court.

No talk of Rondo either. At this point of his career, Rajon is best added prior to the playoffs. I mean you can have him on your roster for the entire year if that's what it takes, but you're paying for his playoff experience.