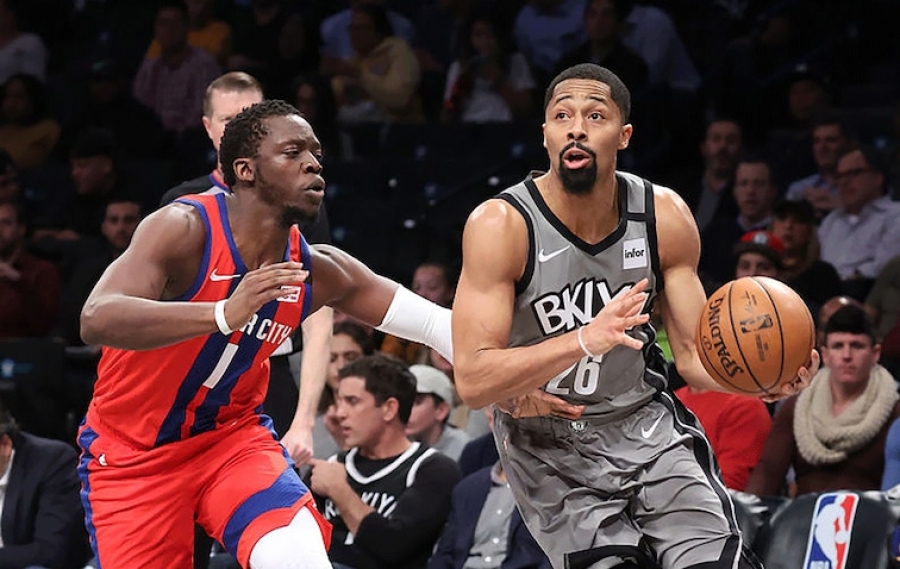 In the same Chris Mannix piece that talked about Stevens' frustration with Marcus Smart and how a trade this offseason is a more likely outcome than the guard re-signing, the SI writer also dropped a new name out there. Brooklyn Nets free agent guard Spencer Dinwiddie.

Hard to see a path to getting this done. And personally after initially getting a bit excited about hearing Dinwiddie linked to Boston, I remembered he's quite old for his NBA service time. And the 28-year old guard just missed the season due to injury. Giving me Kemba Walker flashbacks. Stevens just traded the 16th pick in the draft and took back another bad contract to unload Kemba's deal just two years in. Not exactly excited to go down that route again.

Plus wouldn't a Dinwiddie sign-and-trade run counter to Boston's goal of signing a big name free agent next summer? Unless Dinwiddie is signing a team friendly deal, he'd be hard to move. And if he was willing to sign a reasonable deal, Brookyln would just retain him. This could be a Ray Allen situation where a guy would prefer to play elsewhere for less than except the below his perceived value contract his team is offering. Could also be a Hayward situation where the player would rather be one of the main guys on one team than a 4th or 5th wheel on another.

Per @sam_amick, the #Celtics are interested in signing Boston College alum Reggie Jackson

The other name rumored is 31 year old Clippers free agent, and former Boston College star, Reggie Jackson. Sorry, I watched him in the playoffs and heard all the buzz. If you wanted a frontrunner for the "Played great to end his contract year and now is going to get overpaid once again" award, Reggie would be it. He showed enough in Oklahoma City to get a big deal from the Pistons and them sucked. Sorry, I'd prefer another sucker bite on Reggie.

And in terms of investing in long term pieces, I'm not sure why the Celtics would be interested in players that aren't in the Jaylen/Jayson age range. Like if you're going to give up on the dream of cap space and/or adding a 3rd star, shouldn't it at least be because your adding a 23 year old like Lonzo Ball? These names don't do it for me. Not in the situation we currently are in.