If Stevens' goal was for Celtics fans to approve of his first trade, he checked off 5 key boxes 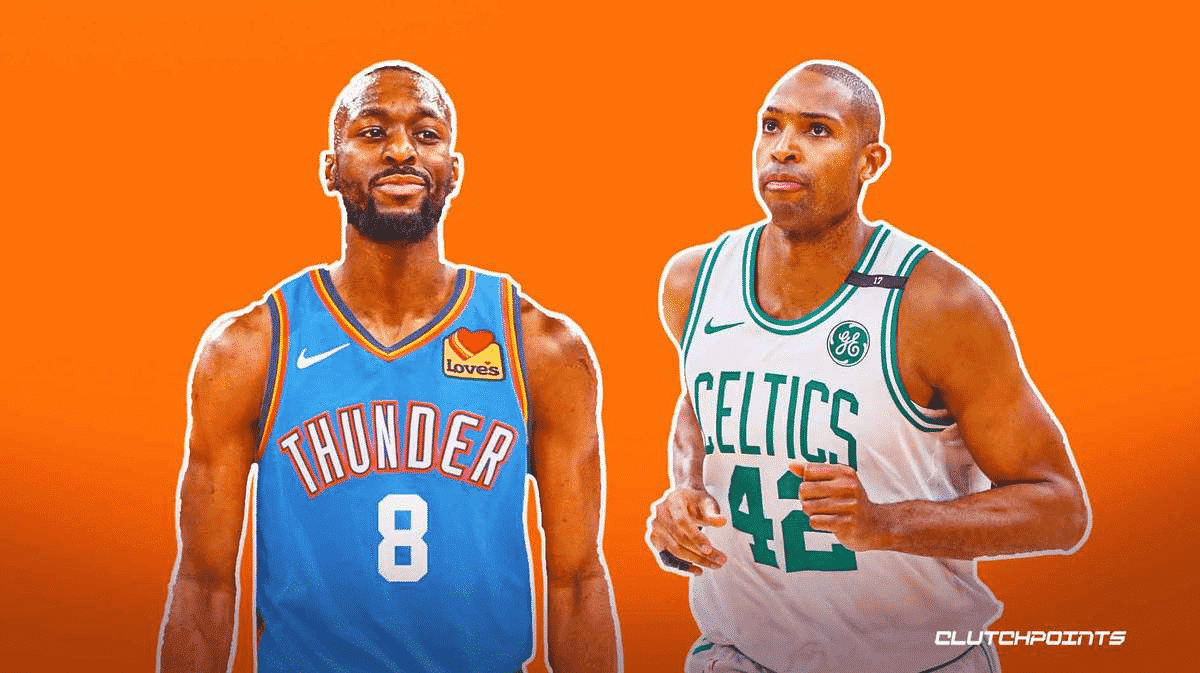 Time will tell who got the better of Friday's Celtics/Thunder trade. Instant reactions from Celtics media and fans were that they liked the deal for Boston, while the general NBA fandom felt Presti pulled off another great trade. There are other places and posts for debating whether Stevens made a wise move, but if you were a PR firm who's job was to come up with a trade that would make Celtics' fans initial reaction to Brad's first move positive he checked all the boxes.

1. Trade the player fans keep clamoring for the team to trade ✔️

Fans have wanted Kemba gone all season. Many didn't care what Boston got in return. Since many fans don't value future draft picks, they said trade one or two firsts just to get Kemba out of here. Mission accomplished by Stevens.

2. Bring back a player fans had fond memories of ✔️

While both Kemba and Horford were considered negative assets due to their contracts, trading for Al back feels like a solid addition. And he will be one. Just like Kemba the isse with Horford was his contract. If both players were making the league minimum every team would be after them. Celtics fans couldn't deal with Kemba's contract. Since another team gave Horford his inflated deal, Boston fans will be less forgiving if he doesn't play up to that number.

3. Trade a first rounder before fans can get attached to the player ✔️

If you asked fans if they'd be willing to part with Romeo, Pritchard, Nesmith, or Time Lord in a trade with Kemba for Horford, many would balk at all of those names. The only recent first rounder fans would be fine moving would be Grant Williams. On the flip side if you asked Sam Presti or any of the other 29 GM's if they'd rather have the Celtics #16 pick in this draft or each of the above players, everyone would choose pick #16 with the exception of Time Lord.

Whoever Stevens drafted at #16, most fans would have loved and refused to trade to dump Kemba. Brad avoided that issue with the early trade. Another example is Desmond Bane. He made the 2nd All-Rookie team. No Celtics made either. But if you ask Celtics fans they are higher on Pritchard and Nesmith than Bane. That's because Boston trade Bane before anyone could attached to him as a Celtic.

Fans love young, athletic prospects. It's why we were all excited when Boston drafted Gerald Green. It's why we wanted MarShon Brooks. Uber-athletic prospects have better highlight tapes. Moses Brown fits the bill. Brown went undrafted in 2019, but when he got a shot in the NBA after the Thunder shut down Al Horford for the season for tanking purposes, Moses put up some great lines. His best half at least stats wise came against the Boston Celtics, so fans were already somewhat intrigued by him.

The kid sure can rebound, but most non-stretch bigs in the modern stretch big era put up big rebounding numbers. Enes Kanter's are tremendous per 36 minutes. So are Tacko Fall's. While Brown is definitely more intriguing to me than Mo Wagner, it should be noted that he was only included in the deal for salary matching purposes. It's not like Boston asked for him. But some fans are already saying he will be better than whomever Boston could have picked at #16. So again mission accomplished by Brad, since we're comparing Moses to a faceless draft pick.

If there has been one constant from fans since the creation of this site in 2009, it's that "the Celtics need to add a center." "They need to add bigs, not more guards." "Not another guard!" This is like a wet dream for the "Center, not another Guard!" crowd. Not only did the Celtics get rid of a guard, but they added two bigs. The Celtics now have Robert Williams, Al Horford, Tristan Thompson, and Moses Brown under contract. Never mind that the game has changed and you can't play two bigs at once.

Lots of "never minds" huh? Well it didn't matter. Fans still came up lineups, so you could play all four bigs. The idea was that Horford and Time Lord will do great playing next to each other. Sorry, but that's just not the case. For the Celtics to win, they'll need one of the two to be the lone big starter and one to be the lone big off the bench. Any combination of two of these four big men together on the court won't work. But in terms of making fans happy, Boston traded for bigs!

I proposed a Kemba for Horford swap this past winter, but I was always set against including a 1st in the deal. I'm willing to see how things play out, but my initial reaction was I bummed they gave away a pick that could have been something. I wrote earlier in the week that the easiest way for the Celtics to add a third star was to draft one. Pick #16 is around where you can still draft a Tyrese Haliburton. It's around where Boston drafted Al Jefferson. It's a better pick than where Boston drafted Rondo at.

Even to the crowd that didn't want another young player, the pick held great trade value. You want Lonzo Ball in a sign-and-trade? Well the Pelicans would have wanted that 1st rounder. Same with the Hawks and John Collins. If you ranked the Celtics assets in terms of most value to least (taking into account age and contracts), you'd of course have the Jay's as one and two, but pick #16 would be in the mix as the next biggest Celtics asset.

Pick #16 would likely fall behind Marcus Smart and Time Lord, but with both up for new contracts soon, not every team would be interested in them to the degree you might think. Every team though is always interested in a first rounder. So giving up a top 5 asset just to dump a player because he's overpaid for his production is a steep price.

I'm hopeful there is another move that Stevens has up his sleeve that he simply couldn’t do unless he first made this one. Regardless, if Stevens wanted to get Celtics fans and writers (who are mostly fans as well) on his side, his first trade checked all the boxes. Stevens approval rating is high after this trade.