How do NBA players relax before a big game?

Some people may think that professional players are impervious to stress, but that’s only because they’ve learned how to manage it. Big players have all sorts of rituals that help them get in the right headspace before a game. Some will have specific drills that they like to run while others are a little bit more, well, esoteric. Let’s take a look at some of the things NBA players like to do before games to get the nerves out. 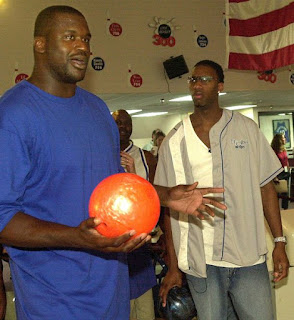 Shaquille O'Neal has always been one of the game's biggest characters, both figuratively and literally, and he always liked to have fun before games. He had this ritual where he played bowling. The only thing is that he used a basketball as the bowling ball and his teammates as pins. This is a fun ritual he used to do when he played with Phoenix and it has stuck ever since.

Kobe Bryant was not only known for his killer attitude on the court, but for having some quirky pre-game ritual as well. However, napping is probably his least strange as many other top players in the NBA such as Russell Westbrook and Steve Nash were all known to take naps before games. This might be what gave him such an edge and razor-sharp focus when he was playing for the Lakers.

Dennis Rodman will always be known for being an essential piece of the Bulls dynasty, but also for his antics on and off the court. We’ve heard plenty of wild stories about Rodman, but the strangest is probably the one where he took a trip to Vegas right in the middle of the season to let off some steam. The worst in all of this was that everyone knew there was nothing that could be done to stop it. However, he came back to have one of the best performances of his career, so there was no reason to complain.

If you’re an athlete trying to calm your nerves before a game, you probably don’t have that kind of luxury. However, nothing is stopping you from looking for the best casino en ligne and playing a few hands to unwind. Many players love gaming, like Karl Anthony Towns for instance, and this could be a great way to clear your head and have some fun before the real action.

Jason Terry and His Superstitions

Jason Terry is known for his great skill at the point guard position and for playing an essential role in giving LeBron James one of the toughest playoff losses in his career. He also had a few strange things that he liked to do before every game. He would first start by eating chicken, then he would wear knee high socks because his father wore them, according to him. He also made sure to wear the opposing team’s shorts before going to bed the night before the game.

These are just some of the ways in which the world’s top athletes relax before big games. They are also some of the best players to play the game, so there might be something there that we don’t know.