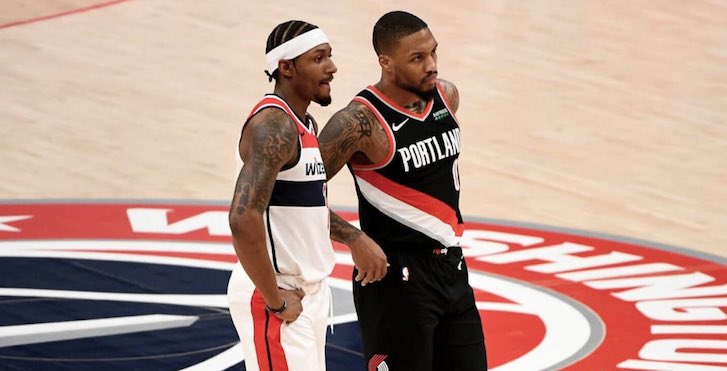 It doesn't take a genius to look at the the current Celtics roster and see it's not a finished product. There's still plenty of time to make more moves and have a more balanced roster, but in terms of making a blockbuster deal to acquire a star player, Brad Stevens might have made his job quite a bit harder due to his first trade.

While fans notoriously undervalue future draft picks, GM's covet them. Assuming Jayson Tatum and Jaylen Brown are both off the table, the 4th biggest trade assets that Boston had prior to the Walker deal were Robert Williams, Marcus Smart, their 2021 1st rounder (#16) and their 2022 1st rounder. Due to the Stepien rule, since Boston traded their 2021 first rounder they are prohibited from trading their 2022 first rounder.

Teams have gotten around the "You can't trade 1st rounders in consecutive years" rule, by first drafting a player and then trading his rights, but since Boston made this deal now, the earliest they could trade their 2022 1st is following their selection a year from now. Why does this matter? Well if you had dreams of the Celtics trading for a Bradley Beal, Damian Lillard, Lonzo Ball, John Collins, whomever, this offseason it may very well have become more of a long shot.

While value wise Time Lord and Smart are better players than faceless future firsts that's not how GM's see things. Future 1sts count nothing against the salary cap or luxury tax, and once you pick the player, he's on a team friendly rookie deal for several years. Smart is up for a new contract in a year and he will be looking for something in the range of $25 mil a yr. If you're the GM of a team rebuilding, would you rather trade for a guy you have to pay $25 mil a yr as he approaches his 30's, or have the chance to show your expertise and draft a 19 year old who you will only have to pay a small fraction of that amount in salary?

Time Lord is also up for a new deal and the question of whether you count on him to be a key rotation piece remains. Not because of his talents, but because of the fact that in his three seasons on the team he can't seem to stay healthy. So if you're an opposing GM, assuming Tatum is off the table, you're now asking for Jaylen Brown in any trade talks. If Stevens were to counter with Time Lord and Smart, I'm telling you the interest level isn't as great as you'd think.

Teams want 1st rounders. Any Boston offer now would have to start with their 2023 and 2025 first rounders. Many GM's don't even know if they will still be employed by then. So a hidden additional casualty of making this Kemba trade now as opposed to during the draft is Boston has removed their 2022 1st rounder as trade-able asset.

If you're wondering about Moses Brown, it’s been reported he was added to the deal simply as a salary balancer. Boston didn't ask for him in the deal. In fact in their initial announcement and comments on the deal he wasn't really even mentioned. So while it's cute for fans to say "He's better than anyone we would have drafted at #16!" that's some grade a hyperbole. He put up solid rebounding numbers on a tanking team because he was given minutes. If you threw out Tacko for 25 minutes a game he'd put up some sweet numbers.

If Stevens' goal was for Celtics fans to approve of his first trade, he checked off 5 key boxes https://t.co/NvpqdEenX1

It's fun to route for the Javonte Green's, Tremont Waters, Tacko Fall's, and Moses Brown's of the world, but let's be clear on one thing, if Boston was trying to deal for a Lillard, Beal, Ball, or Collins, and the opposing team said I really need a 1st rounder, in no world would Stevens or any GM with a straight face counter, "Well I have no first rounders in the next couple drafts to trade, but how about Moses Brown instead?" Again I'm rooting for the kid, but his addition is no different than if Boston simply signed a G-League standout. His shooting range is 3 feet. Of course he can rebound if given minutes.

There's not a non-stretch center in the NBA today who can't at least rebound and dunk if given minutes. Ainge traded the pick that was 2nd team All-Rookie Desmond Bane just to get rid of the contract of one of those guys in Enes Kanter last offseason. Again, I'd love for Brown to become found money, but saying Brown cancels out the loss of a first round pick is just silly.

I would have been happy if the Celtics picked up Moses off waivers or something, but again he was a throw-in in the deal. Presti wanted a good first rounder in order to take on Kemba Walker's contract. And he got what was one of the Celtics most sought after assets in this year's #16 pick. Next on the list was likely Boston 2022 pick, but unfortunately that too is no longer in play.

Any Boston trade involving a package of picks just got a lot harder.