Kemba Walker is heating up! 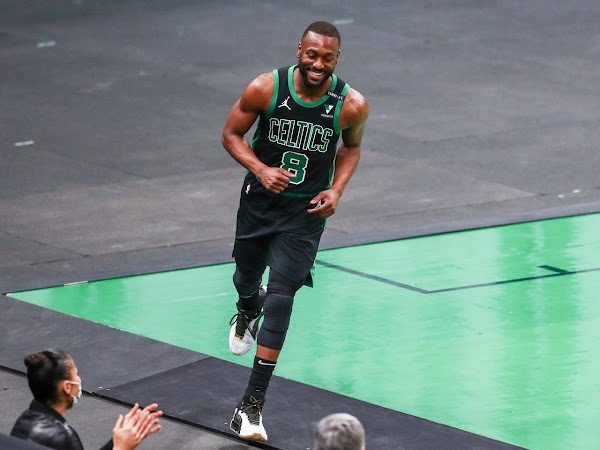 Six wins in a row, who would’ve thought?! It's awesome to watch the Cs play like this, but I can't help but think about all the people that gave up on this team. Then once the Celts started getting healthy and playing well, people began to crawl their way back into the fanbase again, which annoys me. I'll remember all you doomers out there who gave up on the team early on.

Anyways, last night’s Celtics/Warriors game was a candidate for game of the year; it was also probably the Celtics’ best win of the season. The game had everything that you would want: two stars going at it all night, players were hustling all over the place, it was a close game in the end and even the refs weren’t super involved. It was fantastic. This victory tasted a little sweeter to us Celtics fans just because of how it went down: going into the game there was no Jaylen, Rob or Fournier, the Cs started out poorly but fought their way back, Jabari Parker did well in his first Celtics outing and they were able to close out yet another clutch game. It just felt really good to win in a game like that considering how tough it’s been for them all season. The vibes are back.

At 8-1, the Celtics have the NBA's best record in April.

Obviously Steph and Tatum were the stars of the show last night, but Kemba Walker was a key reason to the Celtics’s success last night. Not only did he ice the game with that classic step back three, but he was the key reason the Celtics were even back in last night’s game. He hit some big shots at the end of the first half to keep the game manageable and then to start the third quarter, the Celtics went on an 11-2 run led by Kemba who had 9 of those points on three threes. After that run, the Celtics took their first lead since 9:02 in the first quarter, so that Kemba-led run was a pretty big deal. He was pretty quiet scoring the ball in the rest of the second half, but he hit shots when we really needed him to and played with intensity throughout. He finished the night with 26/7/3 with 2 steals and only 2 turnovers.

This wasn’t the first time Kemba displayed momentum-shifting energy like he did last night. Against the Nuggets last week, the Celtics were down pretty bad for most of the game. They were chipping away in the third quarter, but it seemed like the Nuggets were still in control until Kemba came through for us. With a little over a minute left in the third, Kemba made a steal and took it coast to coast for a bucket to give the team some positive energy. A minute after that, Kemba blocked Will Barton, went coast to coast again, then drew an and-1 to make it a 5 point game going into the fourth. Then we know that fourth quarter ended up (if you forget, the Celtics ended up winning the fourth quarter 31-8). Here are the Kemba videos to jog your memory:

So it’s not a huge surprise, but Kemba is a huge X-factor for this Celtics team. Most games you know the Jays will probably do their thing, but when the Jays and Kemba have it going, that's when opposing teams are in big trouble. Unfortunately, Kemba hasn’t been able to get it going consistently all season. It’s been tough for him both mentally and physically to get back to playing at that All-Star level while trying to manage his knee.

“At one point this season, I was afraid to make certain moves because they hurt in the past,” said Kemba, via Keith Smith. “I just had to mentally get over not feeling things. Now I’m good.” Well it really seems like he's good because in his last five games Kemba is averaging 18/6/6, which is exactly what the Celtics need from him. Plus, as his confidence with his knee goes up, we’re going to see more of the wacky plays like this one:

So overall I’m glad that Kemba is looking like the player we thought he would be. During his early season struggles he was getting disgraced left and right by NBA fans everywhere; a lot of Celtics fans were on the “trade Kemba” bandwagon, but didn’t consider how hard it is to manage knee injuries and play at the NBA level. It sucked to see him get hate from people because he has such a rare positive energy. I’m glad he’s making people eat their words and I hope he continues to ramp it up as we get closer to the playoffs. Go Cs!

Kemba. GAME. that is an awesome win for the Celts. pic.twitter.com/ARPRXlW4KH