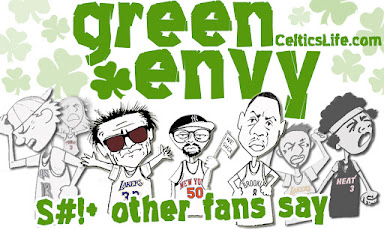 Steph Curry is insane. Jayson Tatum is insane. This game was insanely good. Celts are back in town and extended the streak of great basketball with a dub over the Dubs. New Celtic Jabari Parker did some great things and contributed on a night where, as usual, The Celtics were short on healthy bodies. Just one game from Jaylen Brown scoring 40, Jayson Tatum added 44 of his own to help his team best a scorching 47 from Curry. Battles with Dub Nation are usually very entertaining one way or the other and this one definitely did not disappoint! Let's hear what their fans have to say after letting this one slip away!
This thread is so dramatic and reactionary I checked game thread every once in a while and regretted it every single time.
Steph surrounded by Baze, Lee and Poole is painful to watch. GP2 has more bball IQ than all three combined.
We always lose when it’s a good game.
How does Steph not slap the shit out of somebody on nights like this?
We’ve seen this ending like 10 times this season. (We're just glad to be on the winning end for a few games so far)
All bazemore does is miss shots and takes stupid fouls. Why is he still getting minutes
There was a better option than Draymond to take the tying layup
i remember the 73-9 season the Warriors were so good at finishing out close games. the execution/BBIQ of that squad was incredible.
this... is ugly.
Baze and Dray literally just had to show up in crunch time and we win. That was brutal.
Hilarious. In my head i said if Bazemore plays down the stretch we lose this game. Juan gets hurt a minute later and baze comes in. Misses free throws and lazily leaves Marcus Smart for a wide open three. Ugh.
we need a layup coach for Draymond and a free throw trainer for Baze. they lost that shit for us.
Wardell out there clowning
ABC game, the storyline was wrote for the Celtics before the game started (Lol where has this guy been all season?)
LESS BAZE.
Kemba hit cluch shots and mfer had a cluuuuucth whistle all game as well
Well this was our game to lose and we lost it. That sucks
Oubre gon get appreciated a lot more after this weak ass game from Bazemore
Curry needs more offensive weapons on his team. Everyone is offensively challenged
Draymond gets paid 100 million to miss layups
Pray 4 Curry, currying his bum ass team
Fuck you baze. You’re a good dude tho.
welp can’t win a 5 on 8 4th quarter. congrats NBA you fucking garbage league. love seeing your ratings plummet.
How is Mike Breen's back still intact carrying these two idiots on the broadcast
Golden State Currys vs the Boston Tatums
Bazemore needs to remember K.I.S.S.
Keep it simple stupid.
Why is this bald fucking flute talking about Julius randle
everyone should apologize to curry at the end of the game.
Refs are drunk
Get Steph some fucking help man this is depressing.
I know this gets said a lot wiggins is just so fucking athletic. That's a spin move that makes the beyblade and spicy P jealous.
I wish Curry had a competent team
Buttpad Curry is the GOAT
the celtics had literally 3 airballs this game how are they up
Crazy how role players like Smart get more respect from refs than Stephen Fucking Curry (This man said role players?!)
Announcers making excuses for Boston instead of giving curry his flowers lol.
Damn that Pritchard 3 was Steph distance
Good job elbowing TT baze, that’s clearly not a foul man! You’re such a smart player! Literally below 50 IQ, dumb fuck.
This team just finds way to lose...
This is what curry is carrying man. His 2nd best player cant even make a wide open fucking layup.
That was a collapse if I’ve ever seen one. (Been on the receiving end of too many of these this season tbh)
I hate you Jordan Poole. I love you Jordan Poole.
Not today you fucking ankle. Not today.
fuck, it's jackson and van gundy...guess i'll watch it on mute.
Lol remember when Brad Wanamaker got minutes over Poole (Hey leave Brad alone!)
Pretty sure Steph has a robot arm
Can Baze shoot the Celtics FTs for them?
Imagine if curry got those calls like Kemba. (What calls? Kemba who?)
Gareth Payton the sequel gonna lock up tatum this quarter WATCH (LMAO the name!)
Mike Breen always feels like a low key dub supporter. I know he commentates for the Knicks, but hey just a feeling
I take a shot everytime i see baze postup
Why can't we just trap Tatum and their team just crumble???
The more Bazemore dribbles the more brain cells he loses I swear.
Can we keep trading 3 attempts between Smart and Curry?
Oh a convenient night of swallowing of the whistle
Refs act like they are a cop threatened by a kid with a set of legos.
Of course Kemba goes off against us ffs
Only Steph Curry shoots better than his 2k counterpart how the fuck is someone this good? 😂😂😂

Come join us on our Celtics Discord server! We just got discord partnered and would love to have you guys join us! Join us in our game threads to talk games and other things about the team!