Who Rocked It Best? Number 36

This week on Who Rocked It Best?, we celebrate the return to action of Marcus Smart and ask, is he the best Celtics employee no. 36 in history?  There have officially only been two Celtics 36s and aside from Smart, the other one was the Big Shamrock, Shaquille O'Neal.
Shaq is clearly the more accomplished between the two - boasting of hardware as a four-time NBA champ, three-time Finals MVP, and 15x All-Star, to name a few.  But the Diesel earned most of the swag at earlier stops in his 19-year career, and arrived in Boston at the end of it to support the waning Truth/KG/Ray Big Three era.  But even in limited minutes, Shaq managed to average 9 points, 5 boards, and 1 block a night in 2011 before injuries took their toll and led to his retirement.  When not on the floor, Shaq's personality outsized his 7-foot, 325-pound self and played pretty well with the rest of the Celts' veteran locker room.
Smart, in contrast, has only worn Celtics Green throughout his six-plus-year career after the C's took him with their first pick (6th overall) in the 2014 draft.  He's never posted the gaudy numbers that Shaq had, but he's always made his presence felt in many statistically-immeasurable, game-winning ways.  From making the key defensive play, to assisting on the game-turning bucket, Smart has lent many a hand to Celtics success.  For his efforts, he's so far earned two NBA All-Defensive first team nominations ('19 and '20), and the Hustle Award ('19).  And always working on his game, Smart's improved his three-point shooting in the past couple of years, and is currently averaging a team-leading and career-best 5.7 assists a game.
So CelticsLifers - which 36 was best?  Shaq or Smart?  You let us know! 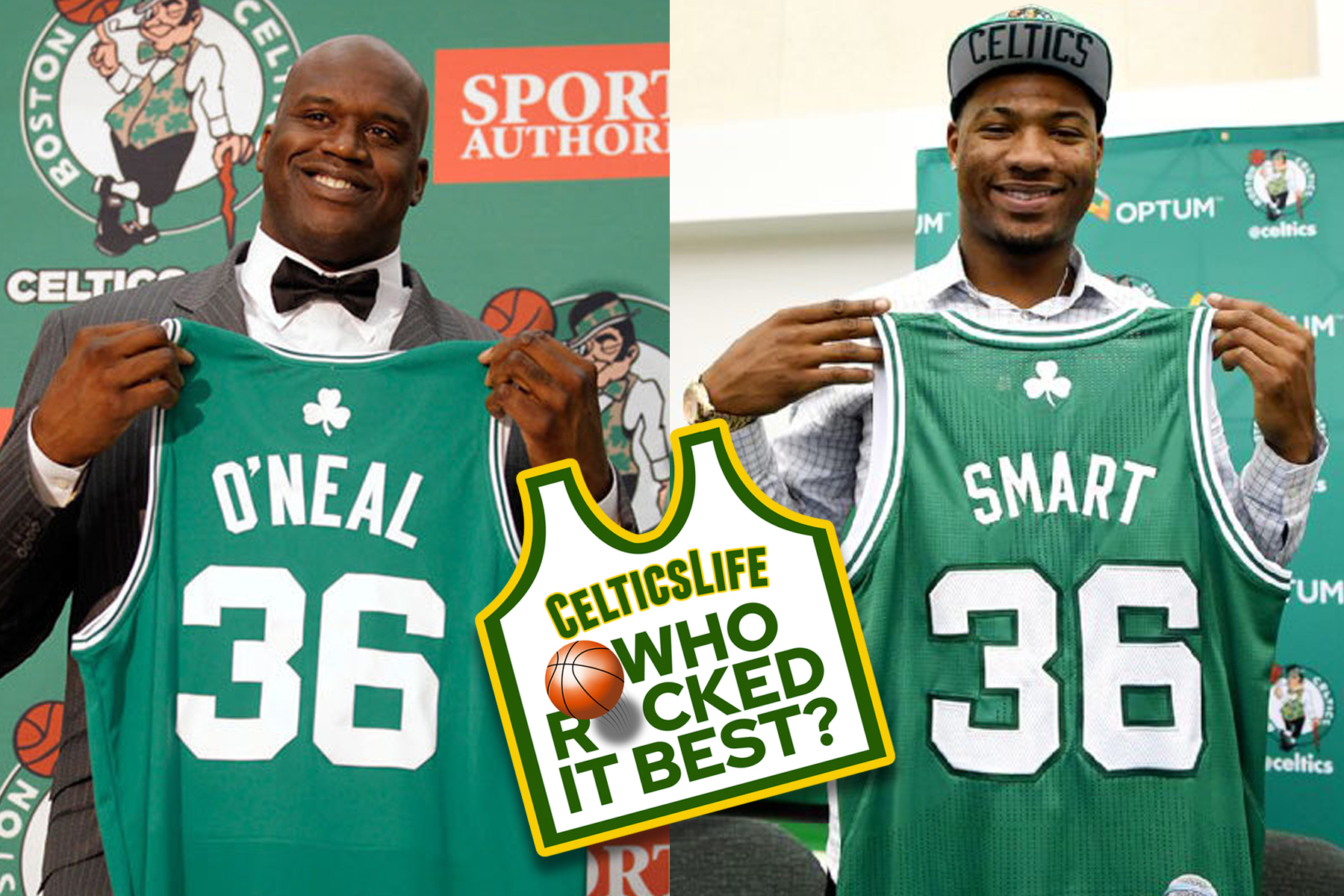