Theis misses at buzzer as Celtics fall to Bucks 121-119 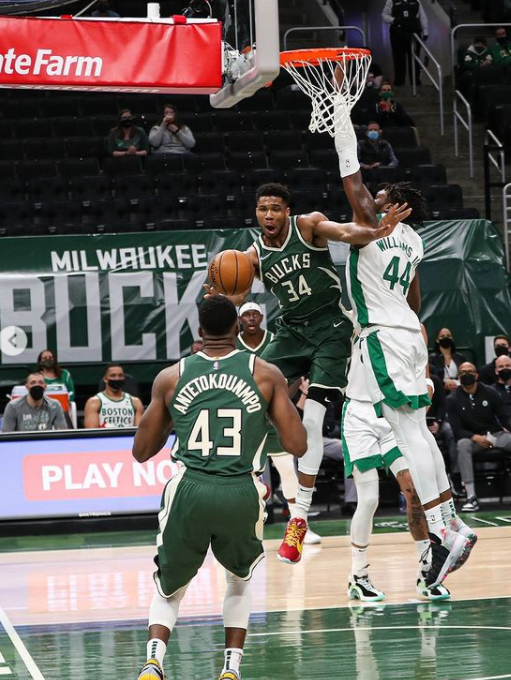 Bucks started this game a lot more aggressive than the Celtics. They wanted it more and got the looks they wanted and ended the first half with 70 points. Milwaukee didn't stop as they went on to win 121-119. The Celtics fall to 21-23 on the year. Boston's demeanor looked poor throughout this game. Complaining after every call. Every drive to the basket ended in a complaint to the ref instead of going back on defense. Poor effort from the C's until they showed some life in the 4th, but at that point, the damage had already been done as they fell short with a Theis miss at the buzzer.

Kemba was big for the Celtics in scoring with 23 on 9/18 shooting. Kemba had an extra bounce in his step as he tried to keep the Celtics in this game. Jaylen Brown started off strong with 14 points in this first quarter. It looked as if he was going to go for a huge night, but finished with a solid 24-10.

Tatum struggled tonight in Milwaukee shooting just 7/19. He was 1/6  from behind the arc as he finished with 18 points, 8 rebounds, and 5 assists. Jeff Teague had another good game off the bench as he put up 15 points in 17 minutes shooting 5/7 from the field.
Milwaukee had 6 players scoring in double-figures against Boston. Giannis struggled shooting the ball, but was still able to finish with 13-8-7 despite shooting 4/11. Khris Middleton, the Celtics killer, shot 11/20 from the floor to finish with 27 points, and 13 rebounds. Boy does Khris love playing against the Celtics.
The Bucks also had some solid help off the bench from Bobby Portis. Bobby played 16 minutes, and put up 21 in this game. Bobby was hitting from all over and finished 4/6 from three-point range.
This isn't a game I expected the Celtics to win. The Bucks have been hot, Giannis has been on a tear, and the Celtics simply don't have the roster to compete with top teams in the East. This could be the last time you see some of these players in green as this was their last game before the Trade Deadline at 3 p.m. ET on March 25. The Celtics have been in a few rumors, none of which are too exciting, but a change needs to be made nonetheless. The Celtics next game will be a rematch against the Bucks Friday at 7:30. This will be the last game without fans in attendance.
Read more from George Dimis HERE!
Follow me on Twitter: @GWDimis