The Celtics still can't seem to figure things out 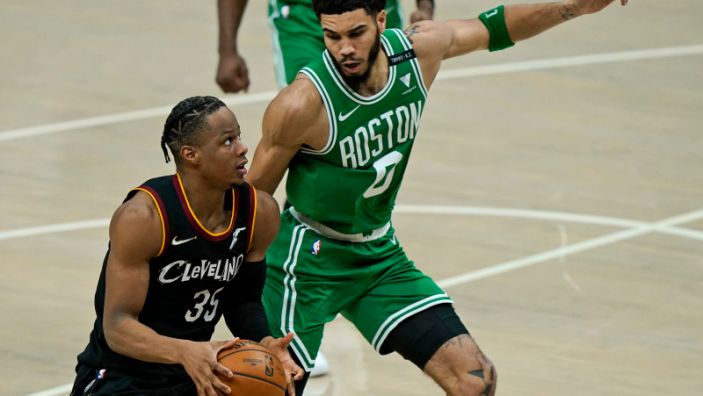 At this point I’m not mad at the Celtics, I’m just disappointed. Two days ago, I was pretty confident that this was the time the Celtics will turn their season around and start to look like a team. Well, after blowing a game where the Celtics had a chance against the Jazz and dropping another game to the 14 win Cavs, the small shred of confidence I had for this team has disappeared. The Celtics now have a 14-11 record against below .500 teams, as they are now a .500 team. Nothing is consistent. They still lack an identity. Things do not look good, still. They have some time to figure things out, but man this team just cannot put it together. Some nerve the Celtics have to lose on goddamn St. Patty’s Day.

The loss to the Jazz was disappointing because it looked like the Celtics were nowhere near an elite team like them. The general frustration from the team was shown in the first half of the Cavs game. They lost the first half 55-38, shooting 37% and finishing with 12 turnovers. No one was hitting shots, they were getting called on a lot of fouls and letting up way too many open threes, as usual. They weren’t playing with any purpose or energy in the first half. It seems like this team can never play a complete game of solid basketball.

I question some of the decision making from Brad in the first half because you would think that putting in Nesmith would at least give them a little boost, but he continues to refuse to play him. Instead of that, we got a whole lot of Jeff Teague minutes. He initiated offense at times, but was basically useless against Sexton and Garland. Also, it was a weird decision to start Semi after a 0 point performance against the Jazz. I know Brad hasn’t been dealt the best hand with this roster, but he is making it harder to win than it has to be. His team hasn’t been able to consistently play good basketball all year.

The Celtics played way better in the second half, but yet again they were unable to come out victorious because they couldn’t hit shots and get stops in the last few minutes of the game. I mean we’ve been seeing it all year. They have now played a league leading 27 games in crunch time, dropping down to an 11-16 record on the year. The Celtics had plenty of chances to get the Cavs game within reach toward the end, but couldn’t capitalize after missing 5 free throws alone in the fourth quarter and missing open shots. They continue to be one of the league's worst fourth quarter teams.

"We've struggled to close out games and we've struggled with consistency. ... It seems like we don't have a lot of characteristics of a very good team."

I can’t be mad at the Jays for their overall performances in the past two nights, as they both dropped 28+ points in each game. I just wish they would hit the more timely shots and lock down on defense in the fourth quarter. It’s a lot to ask for from them, but that’s their next step in their superstar development; being able to take over fourth quarters. They are nowhere near the problem though, the roster needs to be constructed better for them to be able to succeed. The Jays are making great progress for the long term, they just aren't getting much support at the moment.

The Celtics are in a deep rut, where they can’t find ways to win at the end, no matter the situation. They aren’t confident in any area of their game and other teams are looking at the Celtics as if they are prey. I think some sort of change needs to happen to perhaps get this team out of the rut. Preferably, I would like to see the Celtics make a trade that could boost up their bench. The core is here, it's just that we need one or two more solid role players who can hit open threes and play defense. The Celtics don’t have too much to offer at the deadline, but perhaps even a small change to the roster can change up this negative vibe. If the Celtics want to stay competitive this year, then a move needs to be made.

It’s been pretty hard to stay optimistic with the Celtics this year; they are a boarderline playoff team right now. As things continue to look bleak, are they going to turn it around or are they going to just lay down and die? If you look at the talent throughout the rest of the East (besides the Nets), there’s no reason why this squad of players can’t compete with the others. They just gotta dig deep, stay positive and figure out how to get back on track.

Jayson Tatum on the frustration of this stretch: “It’s tough but we’re all in this together. So we’re going to figure it out.”