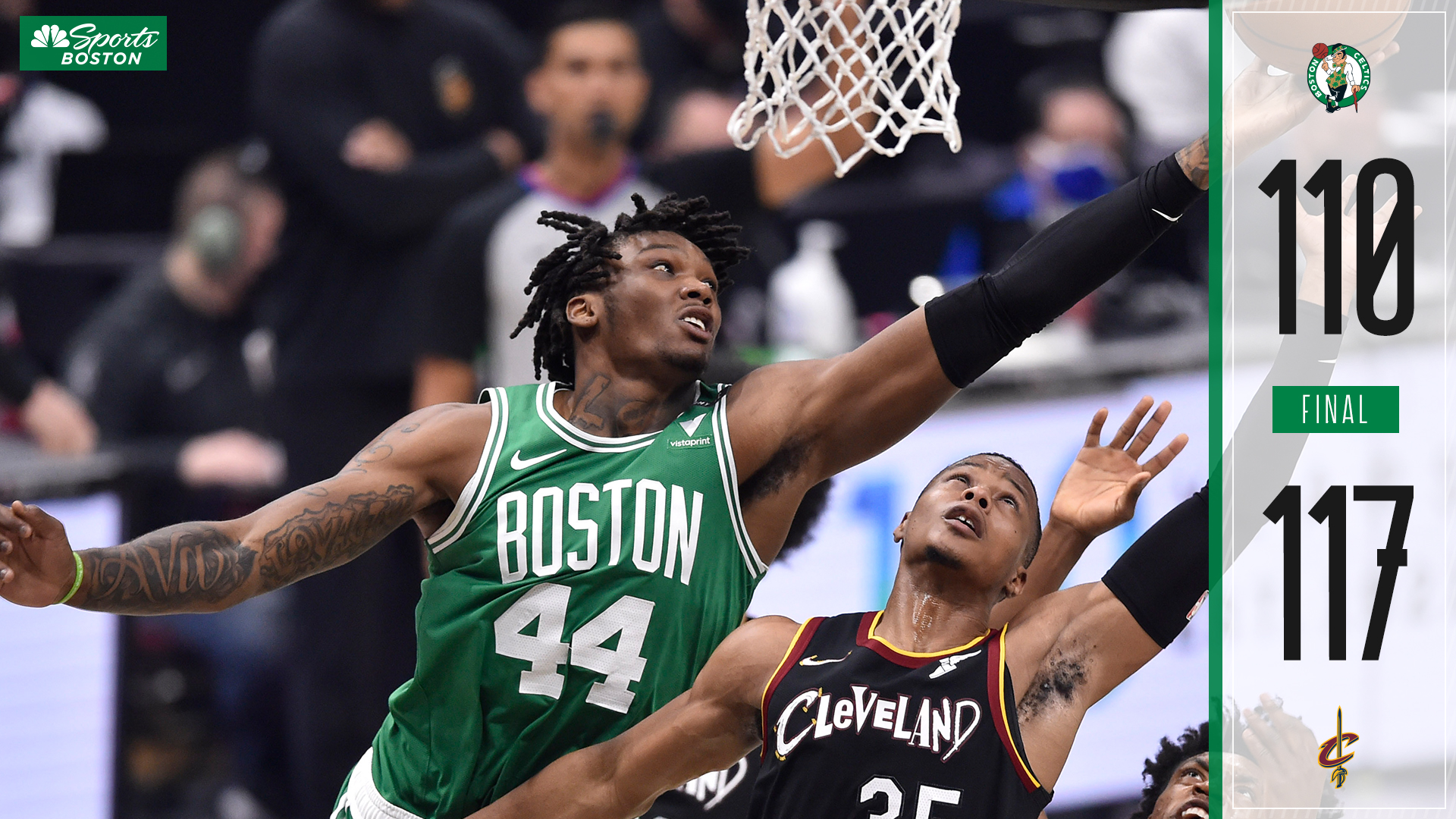 Final Cavs 117, Celtics 110. And no the Celtics didn't blow this one. They didn't show up until too late and their comeback fell short. After watching the Celtics have very good teams the past few years that seemed either health or a player away from a championship, Boston looks to have taken a step back to mediocrity.

I encourage people never to get down about a regular season loss unless there was some major injury. But this Celtics team reminds me too much of a couple Celtics teams of the past that went nowhere. There was the post knee surgery Rondo Celtics where you just hoped it was a national TV game and Rondo cared. Otherwise that team could lose to anyone. Then there was the 2018-19 super stacked Celtics lead by Kyrie Irving that somehow seemed to do better when he didn't play.

Brad Stevens: “I just want to play good basketball. ... We don’t do it enough of the time. Obviously.”

This team has two young All-Stars and a guy who made the All-Star team the past two seasons. They have an all-defensive player in Marcus Smart and capable big men. They have a coach that prior to recently was considered one of the best in the league. No one said WTF when the Celtics signed him to an extension prior to the Bubble last summer. It's not like he's 80 and the game has passed him by. On paper this team should be winning more.

And it's not like they have a bunch of bad apples on the team. They have likable players. This doesn't add up.

Collin Sexton, the player the Cavs selected with the Nets pick Boston traded with Isaiah Thomas for Kyrie Irving lead the Cavs with 29 points, 7 rebounds and 6 assists. His backcourt partner Darius Garland added 26, 4, and 6.

On paper the Celtics who should have had big nights did:

Kemba Walker didn't play as it was the 2nd night of a back-to-back, and if you want a saving grace there are no back-to-backs in the playoffs, so that will help Boston. Then again there are no Cleveland Cavaliers and Detroit Pistons to play in the playoffs either.
And credit to the Celtics for rallying from a 21 point deficit to get within 3, but how about a full 48 minutes of basketball fellas? After losing Gordon Hayward for nothing the Celtics were expected to take a step back this season. They've taken more than one through their first 40 games. 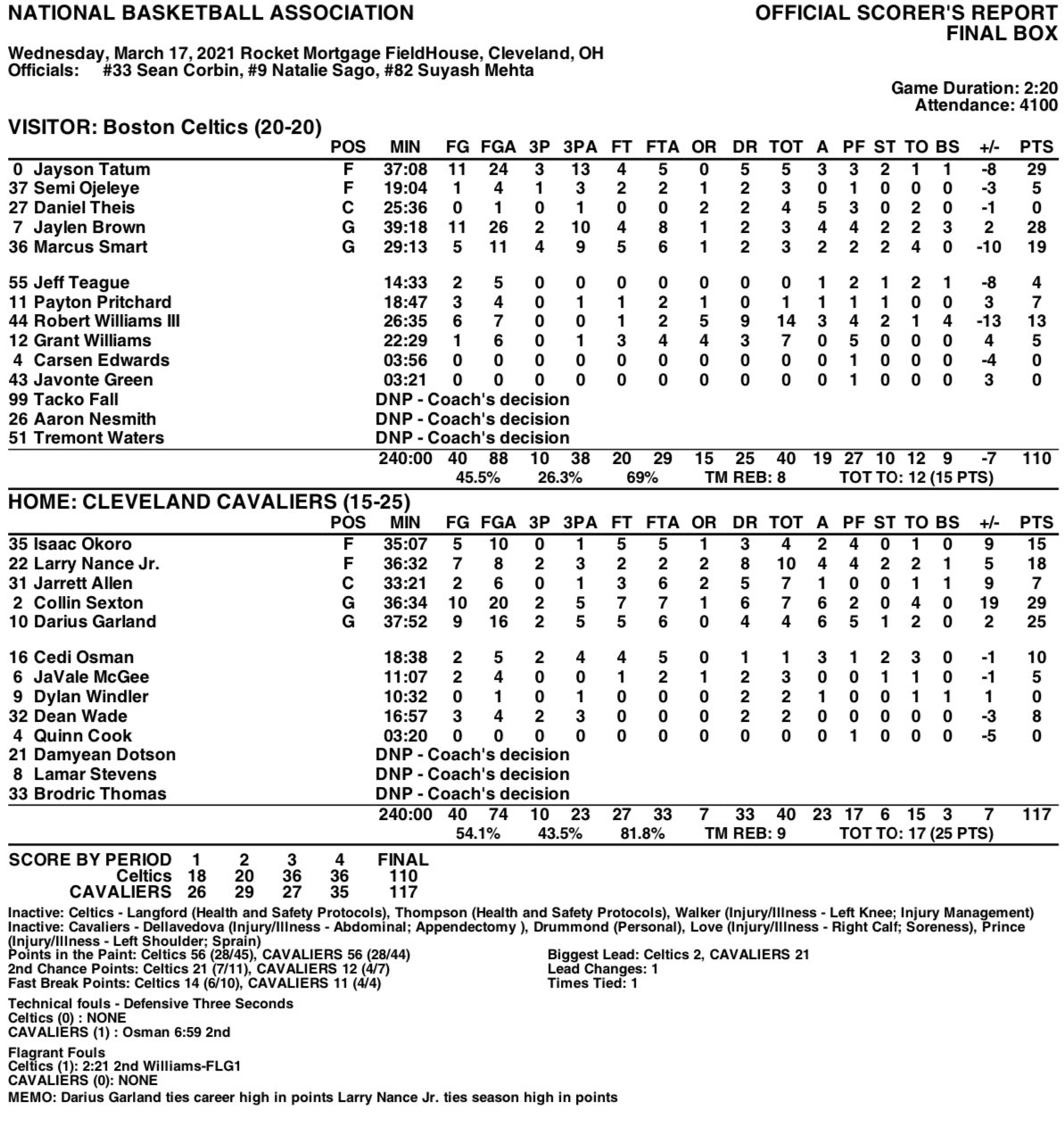