Who Rocked It Best? Number 43

This week on Who Rocked It Best? let's look at some of the more hardworking C's who've donned the number 43.  These are guys who played beyond themselves and achieved a commendable level of productivity in Green.  We're talking about: Kris Humphries, Kendrick Perkins, Javonte Green, and Gerald Henderson.
Humphries arrived in Boston in 2013 as part of the mega-deal which sent the Truth and KG to Brooklyn.  Although not particularly skilled, Humphries was a muscular double-double contributor, and helped settle the post for the post-Pierce/Garnett/Allen era C's.  After a year's tour of duty, he was re-packaged by Ainge to the Wizards for a second rounder and a TPE.  And while most people may remember Humphries more for his 72-day marriage to Kim Kardashian, he did perform above his abilities for the C's and helped usher in the tenure of then rookie coach Brad Stevens.
Perk manned the middle for the '08 Champion Celts, complimenting the talents of Truth, KG, Ray, and Rondo with effectual tough play.  Good sized (6'10", 270 lbs.), but not particularly athletic, Kendrick never filled up the stats sheet but he did occupy the paint quite well - grabbing rebounds, blocking shots, setting solid screens and seals, and defending against bigs.  He also maintained a tough, got-my-teammates'-back demeanor which made opponents think twice before messing with the C's.  This toughness, however, was sorely missed in Game 7 of the 2010 Finals against the Lakers, after Perk tore his MCL and PCL the game before.  Many believe the Truth/KG/Ray C's could have won a second ring had Perk not been out, and no argument could be more legit.
Green is in his second year in Green, after debuting in '19 as an undrafted rookie.  From the bubble playoffs to the ongoing season, he's gotten more rotation time with his spirited play and boundless energy.  Many times, Javonte would spark instant offense through his defense - often launching plays with a steal one end, and punctuating it with a dunk on the other.  In the current season, Green's been pretty valuable, stepping in at 2 and 3, and helping through the roster's injuries and health and safety protocol casualties.
Henderson played in Green from '79-'84, mostly backing up Dennis Johnson and Ainge during the Bird era C's.  A decent offensive player with good defensive instincts, Henderson won rings twice in Boston ('81 and '84), and once in Detroit ('90), but is probably best known for his late-game steal and layup in Game 2 of the Finals against the Lakers, which forced overtime and led to a Celtics victory.  Boston would go on to win the tight series, 4-3, but Banner 16 may not have happened if not for Henderson's pivotal play.
So what do you think, CelticsLifers?  Which 43 rocked it best?  Let us know! 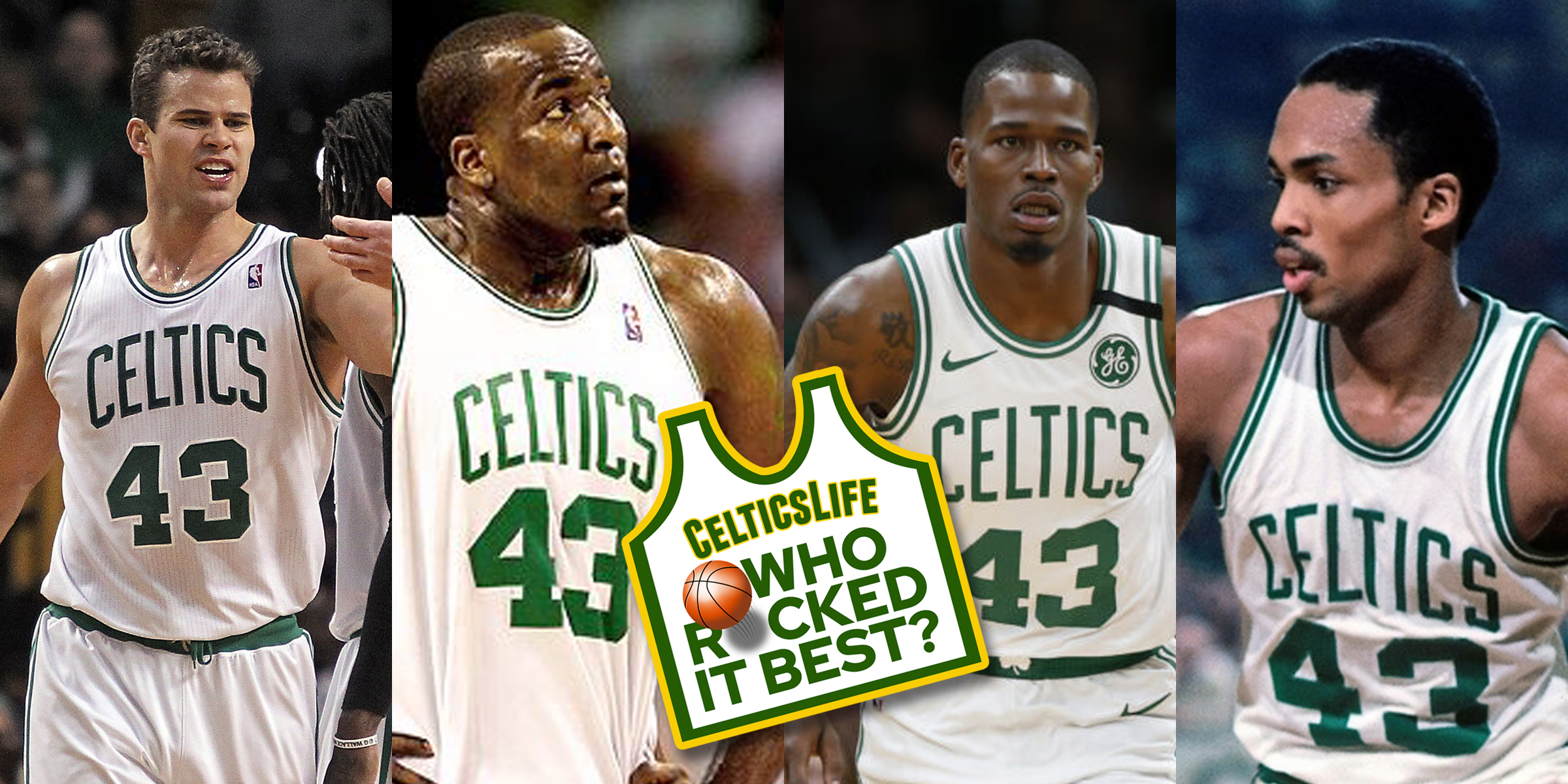