So much for consistency; Celtics lose to Trae Young and the Hawks 122 to 114 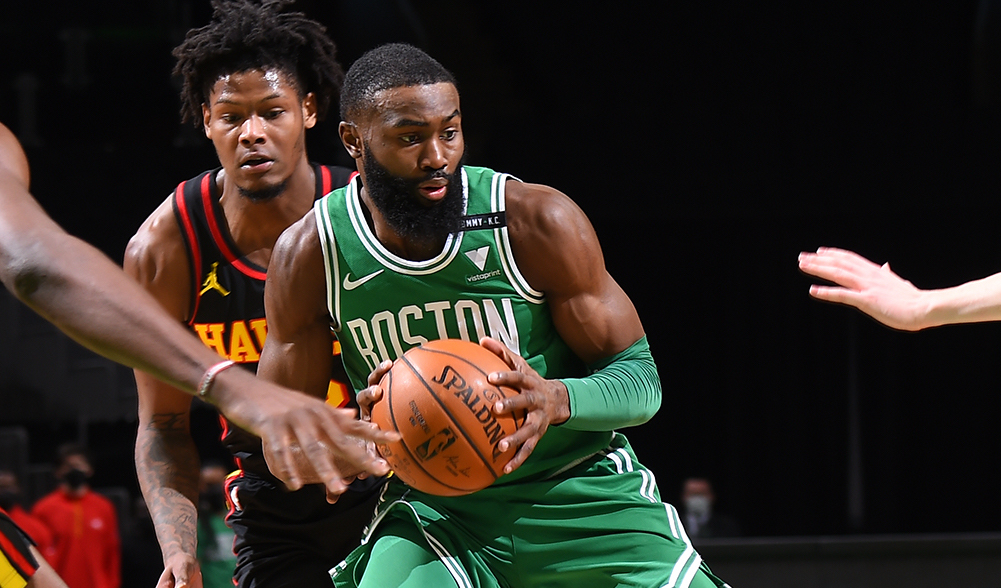 The Celtics couldn't stop the Hawk's Trae Young, so Atlanta stopped whatever momentum the Celtics could have taken from their win over the Nuggets last night. Young went for 40 points versus the Kemba-less Celtics. It was nice to see Jayson Tatum back to putting up superstar numbers as he finished with 35 points, 6 rebounds, and 6 assists. Jaylen Brown also went for 7 assists to go along with his 22 points. So if you want a bright spot, the Jay's creating for others and making their teammates better I suppose could be it. That's what stars are supposed to do.

In addition to Kemba Walker the Celtics played without Marcus Smart and Daniel Theis. And let's be honest, this Celtics team doesn't have the talent to not miss three starters. Trae Young shot the lights out while Clint Capela beasted down low adding 24 points and 13 rebounds. The apple of a lot of Celtics fans' eyes John Collins kicked in an even 20 as well. But Young was the story. One knock on him has been his shooting percentage, but he was very efficient tonight.

Jaylen Brown on the Celtics inconsistency: "I know it's probably tough to watch. It's tough to play."

"I know it's probably tough to watch, s*** is tough to play but I think there's a lot to learn & improve on moving towards the future"

Jaylen Brown opens up about the Celtics' struggles this season pic.twitter.com/HftajGNoaU 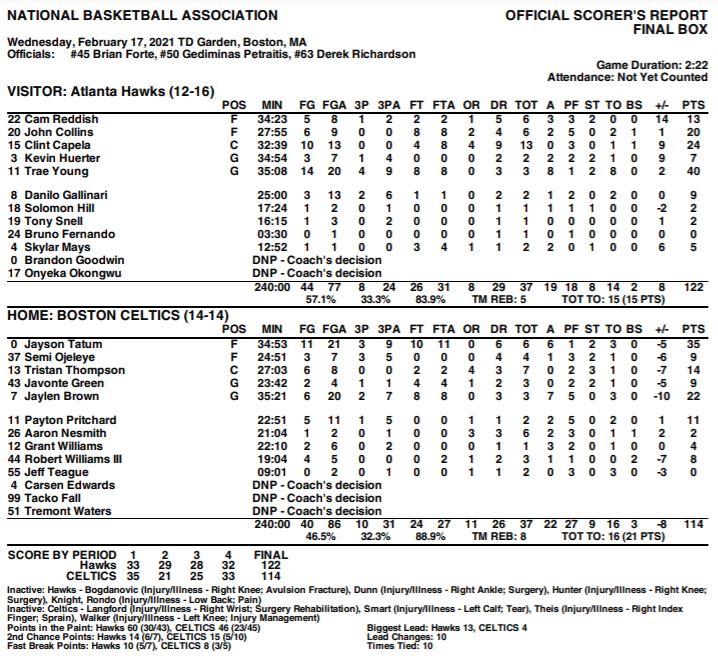 Atlanta Hawks to listen to offers on John Collins who would be a perfect fit for the Celtics https://t.co/W0xXKUnhgm
What should Boston's offer to Atlanta be (Try to suggest something ATL would actually consider)? pic.twitter.com/nQlmY5RUne

Wellness Check:
Will the Celtics turn things around this season?