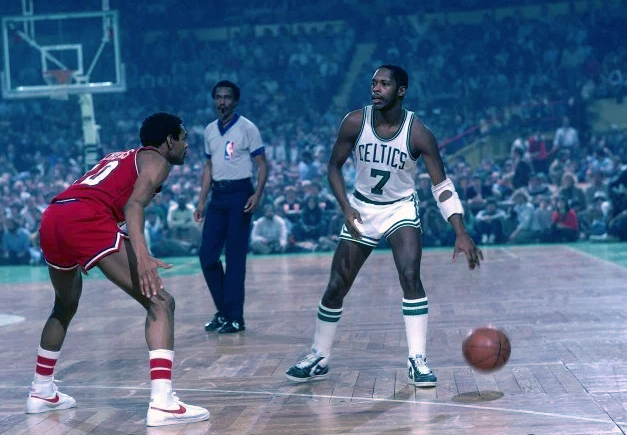 This afternoon for Throwback Thursday we feature a sometimes forgotten champion for the Celtics in Nate "Tiny" Archibald. The Hall of Famer had his best year in the NBA as a member of the Kansas City-Omaha Kings in 1972-73 averaging 34 points per game and 11.4 assists in a whopping 46 minutes per game. By 1978, Archibald's career was at a crossroads. He had just missed a season due to an achilles injury.

Red Auerbach traded for Tiny that August (Also acquired in that trade a 2nd round draft pick that he would use on Toronto Blue Jay's infielder Danny Ainge) and Tiny recreated himself as a supporting member of those early 80's Celtics teams. Tiny would make three more All-Star teams in Boston and win a championship in 1981.