It's time for Nesmith to play on a nightly basis 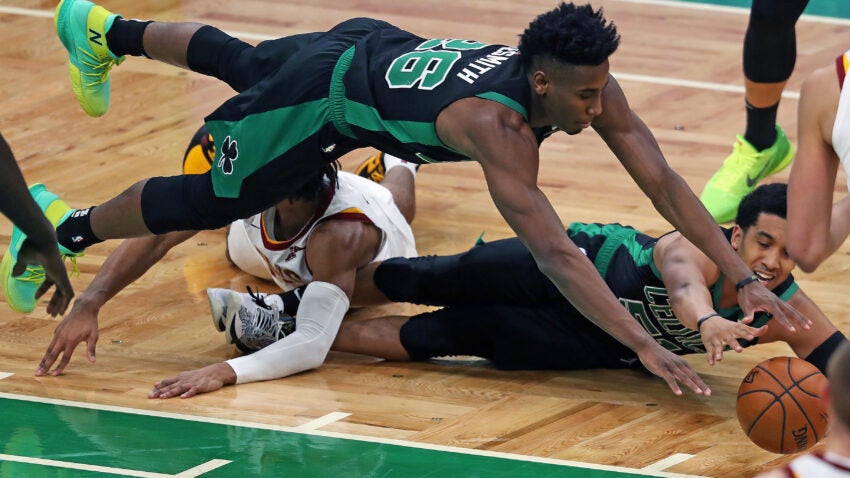 The Celts got a much needed win. I mean I know it’s early in the season and it’s not like the Celtics were going to miss the playoffs if they lost, but if they did lose it felt like Celtics nation was about to riot the empty streets of Boston. This was a fantastic team win where it felt like everyone who got minutes tonight contributed. Jaylen led the way in scoring, Tatum's passing was great and we got bench contribution in all types of ways. It felt good despite the fact that it was against a damaged Nuggets team.

Every now and then we get these nice bench contributions, but the bench woes are still relevant. The Celtics are in a weird situation because players have been hurt all year, so bench players roles have been wildly inconsistent. Honestly, their whole bench situation is way too complicated for me to even grasp between the three rotating centers, the 3-4 players who randomly get 20 minutes and possible acquisitions from the TPE. I’m not going to dive that deep into it, I’m just going to appreciate a good bench performance. I will say this though: it is time to play Aaron Nesmith on a nightly basis.

Aaron Nesmith: "It feels great getting to participate in games. To help us win games. It feels good to be a part of that."

After a kind of underwhelming start to the season, Nesmith is noticeably doing anything he can to get minutes. Tonight he had one of his best overall performances so far, scoring 9 points (2-4 from three), with four boards and a team high +20 on the night. Putting the stats aside though, he continues to play with such great hustle and providing the energy that the bench has been lacking all year. It also seems like he has been putting the extra effort in on defense, sprinting into the defensive zone and making plays like this one:

I mean, this definitely could’ve been a foul but it’s the effort that counts. This was the second game in a row where Nesmith has gotten 24+ minutes and it looks like he will continue to get minutes for now. Before these last two games he played a total of 94 minutes on the season, which is far too low for a lottery player.

At this point I don’t see any reason why he shouldn’t be a nightly play. He has the highest ceiling as a scorer out of the players on the bench. The problem with Nesmith so far this season is that we expected him to come out the gate hitting threes with ease. He did call himself “a sniper” which got my hopes up for dominant three-point shooting. Unfortunately, he started out slow, only shooting 28% from three in January and only shooting an overall 33% from the field. It’s taking him a little while to adjust to the NBA still so he is trying to add value by playing his ass off on both ends of the floor. The Celtics need wing depth and with the athleticism, hustle and scoring potential that Nesmith brings, it is possible that he can fill that need.

He honestly fits in well to the Celtics offensive system, considering that all he needs to do to succeed is sit in the corner and hit threes. Once he gets more comfortable then his role may increase. If there’s one thing that’s for sure about his game, it's that he isn’t afraid to pull it, so eventually his shooting will turn around with more volume. It seems as though that he is below Semi and Grant on the depth chart, so if Nesmith can sharpen up his game offensively then the minutes will continue to come.

I think too many people out there are already losing faith in Nesmith because he hasn’t hit the high expectations that he was supposed to hit. I would’ve liked to see him start out hot too, but he hasn’t really had the opportunity to do so yet. This is another guy where we just have to be patient with, especially because of the high ceiling he has as a three point shooter. Nesmith season has approached and I’m hoping that it lasts.

Aaron Nesmith made the most of his opportunity while serving as our first player off the bench during our 112-99 victory over the Nuggets. pic.twitter.com/eMXXrOaBgE