Joker's 43 not enough against Celtics 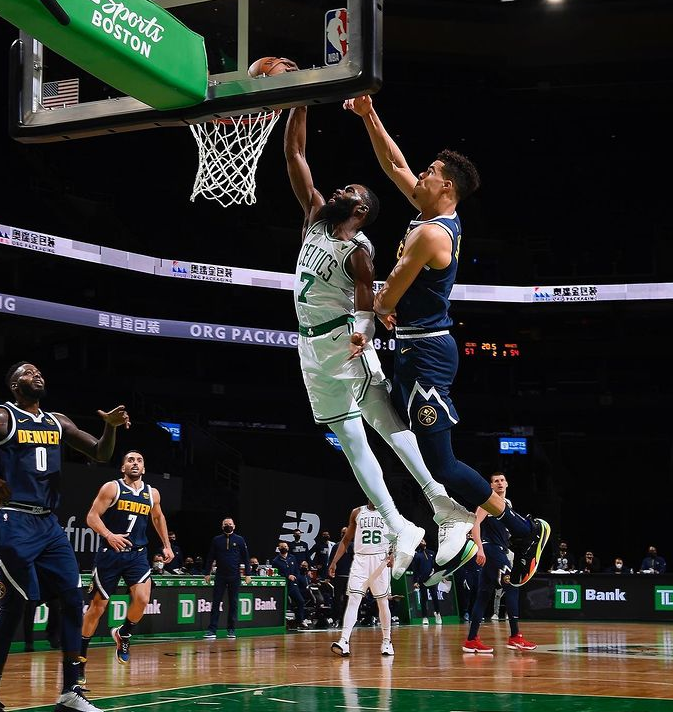 The Celtics got a great win Tuesday night to improve to 14-13 on the season. This one wasn't easy against a tough Denver team, but the Celtics prevailed with a 112-99 victory.
Jaylen Brown led the C's tonight with 27 points to go along with 5 rebounds, and 5 assists. Jayson Tatum had another tough night shooting the ball. He shot 6/18 from the field, but he finished with 21-6-8. The Celtics had 26 assists tonight as a team which was huge for them. Boston had success on plays where there was a lot of ball movement.
Kemba Walker had a pretty good night as he finished with 17. He shot 5/13 as he's hoping to still get back to his normal form.
For Denver Nikola Jokic had a great night. The Joker, who in many people's minds is the MVP to this point of the season, was hitting tough shots on the Celtics all night to finish with 43 points. There wasn't much Boston's defense could do at all. The Joker was just killing it adding 6 rebounds and 5 assists, and it was fun to watch.
Jamal Murray finished this outing with 25-6-6. Jamal is no stranger to playing great against the Celtics, but the Celtics were able to contain him and escape with the win.
The Celtics are staying put as Atlanta comes to the Garden to take on the Celtics. Our friend Rajon Rondo won't be suiting up as he's still battling back issues, but Trae Young and the Hawks will go to battle with the Celtics at 7:30 in Boston.
Read more from George Dimis HERE!
Follow me on Twitter: @GWDimis