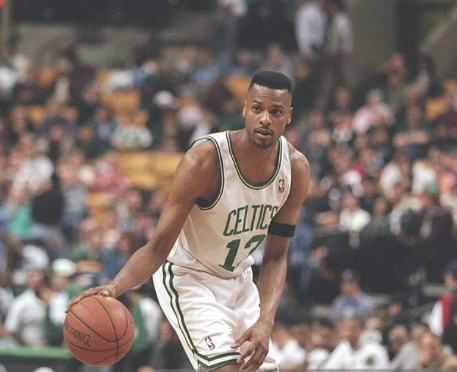 Todd Day tied Larry Bird's scoring record for a quarter, but he told @PatBradley22 that he would have the record if ...

You can see the full episode of 30 Minutes Of Hell on the Field of 68's Youtube channel: https://t.co/Y0PaKoUowh pic.twitter.com/lnEptni5XX

Tell us how you really feel Todd? And the towel man dig at M.L. wasn't very cool. Man, those 1980's Celtics were super loyal. McHale wouldn't trade Tom Gugliotta to the Lakers for Eddie Jones because he didn't want to help his long time rival. And here we have M.L. allegedly protecting his teammate's record.

Here's the full Todd Day interview by The Field of 68:

And in case you want to see Todd Day in action, here's a clip:

What the Hell Happened to...Todd Day?