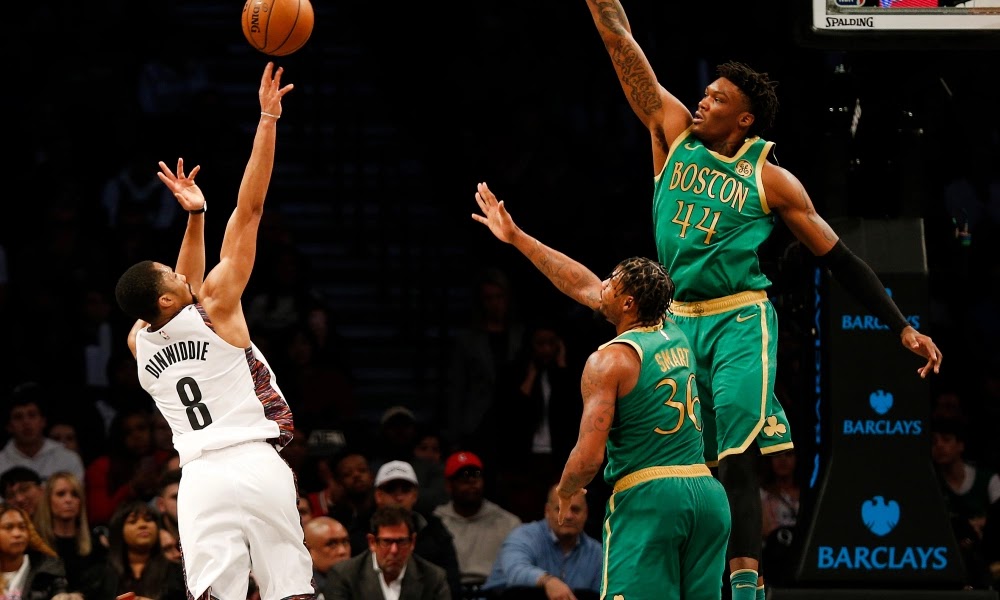 #NEBHInjuryReport for tomorrow vs. Washington:

Some good news here for the Hospital Celtics. I'm not surprised that Semi is being listed as probable. Brad Stevens didn't seem to be too concerned about Ojeleye's injury during his postgame presser. Semi has been playing very well the last couple games, so nice to hear he won't be sidetracked. Robert Williams being listed as probable was the pleasant surprise. When we heard that he was out injured with a hip issue after he missed half of last season with a hip injury there was a lot of cause for concern. But unless the Celtics doctors are negligent his probable status means it appears Boston dodged a bullet here.

I couldn't have been the only one worried that Time Lord was going to be out a while right? Williams probable return means that Danny Ainge has more trade options now since Boston is now back up to three bigs. I'd hate to lose Theis, but with him scheduled to get a nice pay increase this summer with a new contract, I could see Danny exploring trading him, or being willing to include him in a deal if "exploring" is too strong a word. Again, I would prefer the Celtics retain Theis and pay him, but I also preferred the Celtics retain Gordon Hayward and that didn't work out so well. Marcus Morris and Kyrie Irving? I would have traded them prior to them hitting free agency. Terry Rozier is another guy that left for nothing that it looks like Danny should have either re-signed or traded him prior.

Atlanta Hawks to listen to offers on John Collins who would be a perfect fit for the Celtics https://t.co/W0xXKUnhgm
What should Boston's offer to Atlanta be (Try to suggest something ATL would actually consider)? pic.twitter.com/nQlmY5RUne

Then there's Tristan Thompson, who's contract became tradeable about a week ago. I think it would be very dangerous to go into the playoffs with just two big men especially considering Time Lord's propensity for injuries. That said, Tristan has a dreaded player option on his contract for next season. This of course means if he plays well the rest of the season he will decline the 2nd year on his deal and look for a more lucrative long term deal. We've gone down that road a few times the past couple off-seasons. And if Tristan plays poorly, which would suck because we want and need him to play well then he can opt in. And if he opted in that means he's not worth his contract. So the point is if Danny is high enough on Time Lord and actually is willing to pay to keep Theis, Tristan could very well be in play trade wise this next month.

Eventually Brad Stevens is going to have to settle on playing just two bigs. It was looking like another Time Lord hip injury might make the head coach's decision for him, but now we're back to three. Again it’s a delicate balance because if you go into the playoffs with just two good big men, what happens if one gets hurt? But on the other hand 48 minutes aren't enough for three bigs to split and playing two of them together creates issues on both ends of the floor for Boston.

We always hear about so many possible trades and then we almost always end up not getting anything done. So I think the most likely outcome is that once the trade deadline passes, Theis, Williams and Thompson will all still be wearing Celtics green. And that very well could be the wise thing. There are options though, so we shall see.

Danny Ainge is reportedly " up to something" on the trade market https://t.co/SQyxKgvmzo pic.twitter.com/RMgT7p0sXj