Last chance to enter our T-Shirt Giveaway is today; And an update on the annoying comments glitch 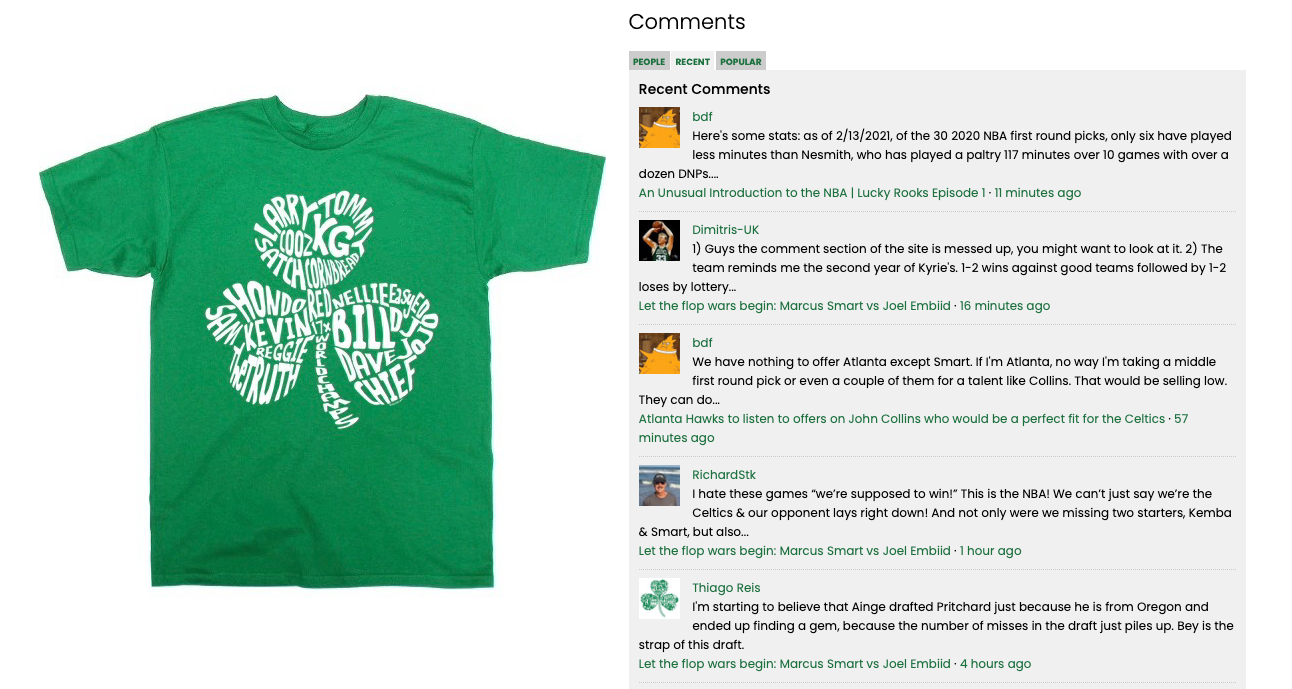 Just a friendly reminder that today is the last chance to enter our t-shirt giveaway:

And if you're a regular, I'm sure you've noticed the glitch with comments. This is rather tragically ironic since one of the reasons why we needed to upgrade to a newer template was because of the comments issue some (many?) people were having with the dreaded black background that would appear, especially on Chrome. Anyway, the site needed to be updated regardless.

So the first issue with comments dealt more on the writers' side. We used to be able to just write a post and click publish and the comments would show up. Now for some reason we have to update the comment settings on every post from hide to allow. It's not a big deal, but it's easy to forget from time to time. The bigger issue is with old comments appearing on new posts.

A few things first. I'd expect some negative feedback in the comments section from trolls, but it's a bit disappointing to see from our regulars. First to the person who called this "amateur hour," yes this is an independent Celtics fan site which has been run by amateurs for the past 11 seasons. We are not owned by some company. This can be a very good thing. A corporation owned blog would remove something like the SHOUT BOX since it can only cause problems for them and doesn't bring in any revenue. Corporation owned blogs have removed, chat boxes, forums, and a lot of them comments in general. So yes this site is run by amateurs who love the Celtics.

Another complaint was that we "half assed" the update. If that means didn't spend 100's of hours working out kinks and what not, then you're dead wrong. No one half assed anything. Everything worked on the test "dummy" blogs and the other sites. And we've been working on fixing any and all issues. To date the only emails we've gotten is from writers regarding the old comments appearing.

What was odd about the glitch with old comments appearing was that they would only appear on some writers' posts. For example they don't appear on mine, but they show up on George's recaps. He's not doing anything wrong or differently. I told writers that they could leave the comments off on their posts if they wanted until the issue was fixed. Well the effected writers that is. Disqus customer support is useless. I've never received a response from them whenever I've tried to contact them.

Finally this morning I figured something out. And maybe you had already. Who knows, but I never saw this mentioned. If you click the recent comments tab in the menu, you can see that the comments you are posting on new stuff are all being listed as being posted on the post from weeks ago, "Let the flop wars begin: Marcus Smart vs Joel Embiid." So its not that old comments are appearing on new posts. It's that for some reason when certain writers hit publish, Disqus is identifying their new posts as that old "Let the flop wars begin" one.

The first thing I tried to do to remedy this was to simply toggle comments on that flop wars post back to hide. That didn't fix the issue. I have now reverted that post to draft, so its not even on the site anymore. Issue is still not fixed.

So this is where we stand. We want to have a comments section. I could just create a new Disqus and maybe that would fix these, but then all the comments from the past decade would disappear. I don't think we should go there yet. So in the meantime I'm going to try and delete some comments that continue to show up, but as a workaround I'd suggest/ask that you click the "NEWEST" option on how comments are displayed, so you can still comment on one of the writers' posts that this is affecting.

Secondly, can you on this comment thread below please provide all the info you might know that could help us fix this. For example, please list the writers' names that the issue is occurring for. Also please note if it happens on all their posts or just some of them. And also list the writers where this is never an issue. Also, list any potential remedies you can think of. I'm assuming the glitch still happens even if you clear your cache/cookies correct? Anyway, we'll continue to try and get to the bottom of this, but your suggestions below could help. And if you're a regular and you have an issue, just send me an email next time. Trust me the person that the comments situation glitch most affects is yours truly.

FYI: This is what I get when I try to contact Disqus' "friendly support team." They say to provide a question or feedback, but don't even let you. 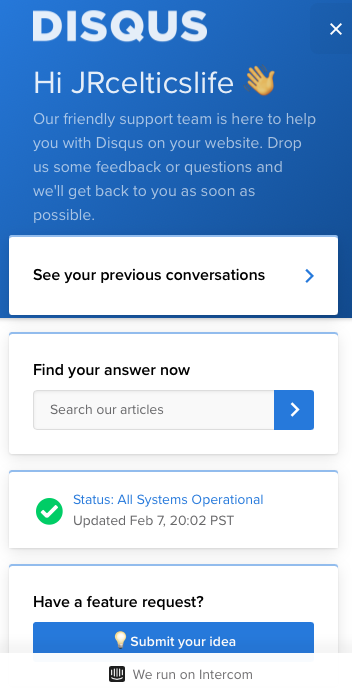