Celtics get embarrassed by Knicks to end winning streak 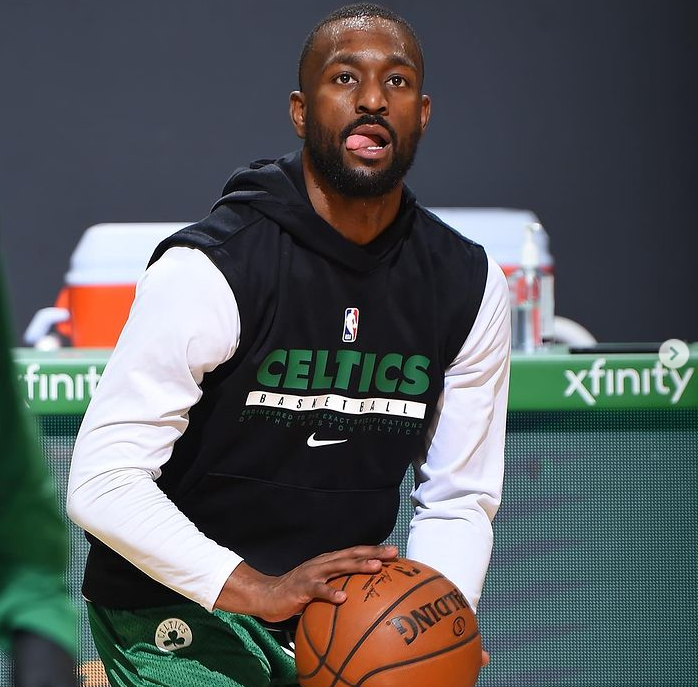 Sunday evening wasn't the prettiest outing for the C's. This game was absolutely embarrassing. They scored just 35 points in the first half and didn't improve much at all in the second half. It was a 105-75 loss for the Celtics to put an end to their five-game win streak and bring them to 8-4 on the season.
Jaylen Brown led the way for Boston against New York. JB finished the game with 25 points, 6 rebounds, and 3 assists. He seemed to be the only one that came ready to play today for the Celtics. We really needed the other Jay. Hopefully Jayson will be with the Celtics in a week or so because they're desperately missing him.
The only good thing about this game was Kemba Walker returning to the lineup and even that didn't last long. He exited the game in the 3rd quarter with a hip injury and didn't look too good before that. He shot 3/13 from the field, and 1/8 from behind the arch. Kemba really struggled on the floor, but it is only his first game back so let's hope he doesn't miss more time with the hip injury, and he can get back to playing like Kemba. 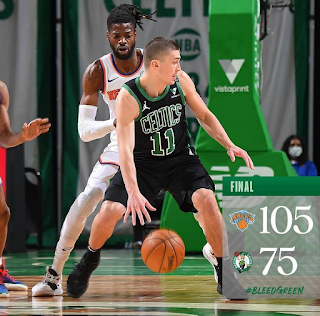 The Knicks, who were on a five-game losing streak coming into this game, did whatever they wanted against Boston today. They were led by Julius Randle and R.J. Barrett who both finished this one with a double-double. The Knicks also got some scoring off the bench from their rookies Obi Toppin and Immanuel Quickley who each scored in the double figures.
Boston shot very poorly tonight. They shot 29.8% from the field. From 3-point range, they shot 7/46 and had 16 turnovers which led to 22 points for New York.
The Celtics will now head to Philly for a two-game series against the 76ers. It will be a hard fought matchup against a team that the Celtics don't like too much. We will also get to see our old friend Doc Rivers as game one of two will tip off Wednesday at 7:00.
Read more from George Dimis HERE!
Follow me on Twitter: @GWDimis