Who Rocked It Best? Number 11

CelticsLife is launching a new piece here called, "Who Rocked It Best?" Each week we'll feature an active (non-retired) Celtics jersey number and a few players who have worn or are wearing it, and open it up for discussion.
For our opening piece, we present jersey #11 and its past wearers: Kyrie Irving, Dana Barros, Evan Turner, and Glen 'Big Baby' Davis.  The controversial Kyrie lasted only two seasons in Green, but famously declared in a footwear commercial that, he wanted to be the reason that no one else wears 11 with the Celtics.
Barros was probably the first big-name free agent to sign with the Celtics back in '95, after winning the league MIP with the Sixers.  A Boston native, Barros currently works in the Celts' media relations office and does some game analysis on tv.
Turner recently announced his retirement from the NBA and returns to Boston as an assistant coach.  A former #2 overall draft pick, Turner joined the C's in 2014 as a free agent and helped foster the Brad Stevens era in Beantown.
And finally, Big Baby is the only player in this bunch here to have won a ring in Green.  He served as KG's backup on the '08 team and was later famously nicknamed "Shrek" to Nate Robinson' "Donkey."  But even though Baby put an NBA Finals patch on jersey 11, he never panned out to become the last one to wear that number.
👀 Which brings us to our WWIB question: of this group, if you had to name just one, who would you retire 11 for? 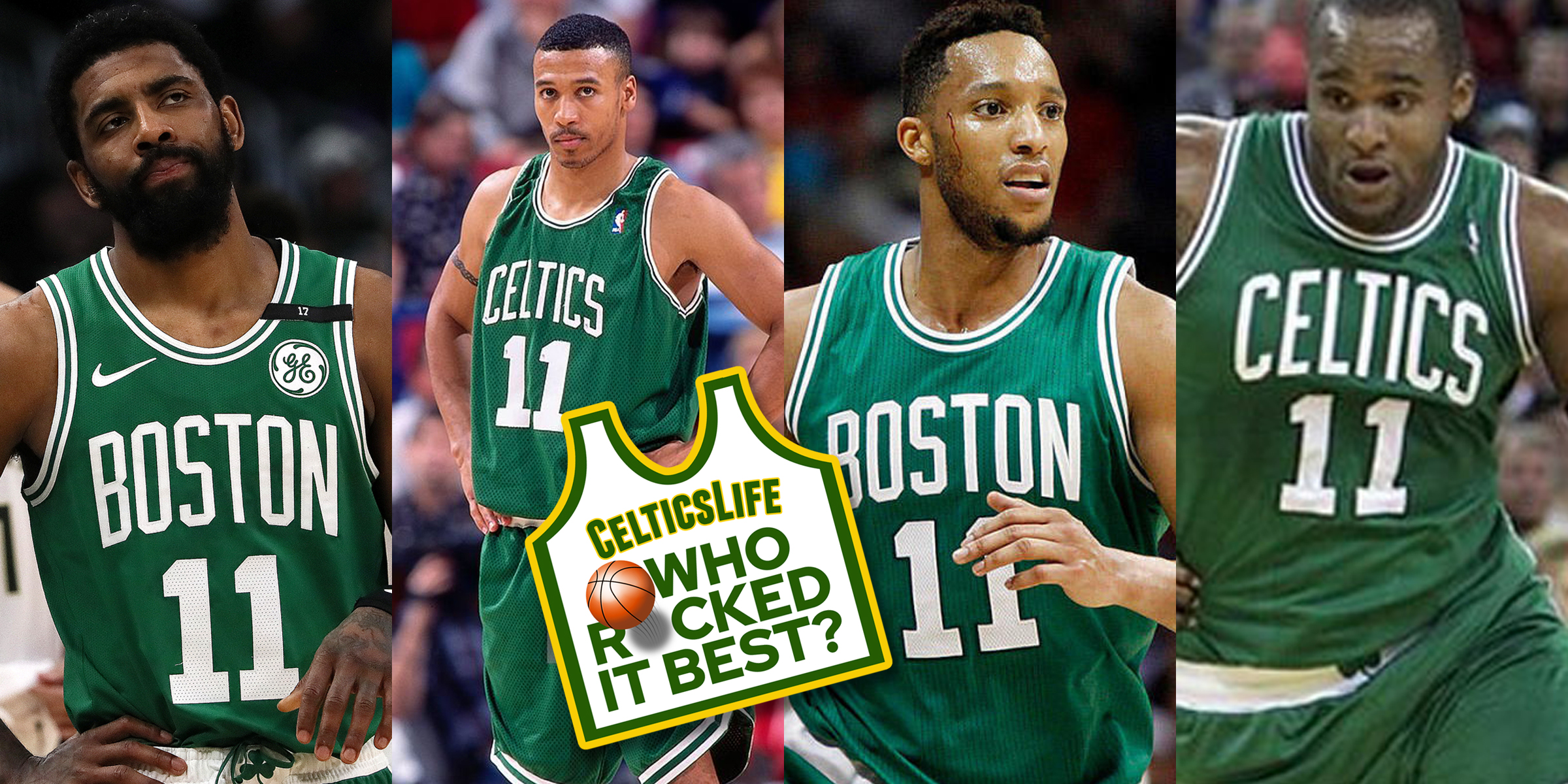