Well I guess we will just have to trade for Giannis now!

With the news that Giannis Antetokounmpo has agreed to a five year supermax extension with the Milwaukee Bucks the Celtics slim chances to sign the reigning repeat league MVP have now dried up. Though the Celtics were on Antetokounmpo's preferred short list, the task would have been tall. The Celtics opening up cap space next summer would actually have been the easy part. When a young MVP wants to join your team you simply make the room by whatever means necessary. That's what the Lakers did with Shaq in 1996 and the Heat did with LeBron in 2010. The Celtics could have moved the players necessary to have the cap space to build a Big 3 of Giannis, Jaylen, and Jayson. Now it becomes significantly harder.
You may be saying, "But wait, he just re-signed with Milwaukee, how would the Celtics get him now?" If you've been watching what's been going on in Houston with James Harden or how Paul George got out of his long term deal in OKC in the summer of 2019, you know that a long term deal doesn't mean your star will remain in your city for the duration. Apparently as part of Paul George's deal with the Thunder the team agreed to look for a suitable trade for him if he wanted out after the 1st year. That was George received the most money he could possibly get and the Thunder didn't lose him for nothing. A year later, George got traded to his preferred location of Los Angeles and Sam Presti and the Thunder received a very handsome return in the trade.
Giannis signing a supermax with the Bucks works out for both parties involved. Antetokounmpo gets the most money he could possibly get and the Bucks will now be in good shape whether Giannis remains with the Bucks or he eventually gets traded. Right now you will hear zero talk about a potential trade. It's the honeymoon stage. And trust me Giannis' first choice will be for things to work out for him in Milwaukee. But if his team doesn't make the Finals this season, expect the talk of a trade to begin. Even more so in two years.

To acquire Giannis in a trade whether this summer or at next season's trade deadline, summer of 2022, etc, the Celtics would now need to actually give up major assets that Milwaukee wants. And that would mean that one of the Jay's would be heading to Wisconsin. The only plausible way the Celtics could trade for Giannis in the somewhat near future without involving Tatum or more likely Brown would be if one of the team's younger players made the leap to borderline All-Star talent. Think Nesmith, Pritchard, or Romeo having a Tyler Herro-esque breakout season. Or Robert Williams turning into Bam Adebayo or something like that.
And trade wise the Celtics would also have to contend with the other teams of Giannis' preferred list. They are not just going to let the Celtics become an elite team. They would also shoot their shots. So while the door has been closed for Giannis to sign as a free agent with Boston, we will check back in as soon as this coming summer to see where the Celtics chances of trading for Antetokounmpo stand. Until then it's always fun to dream. 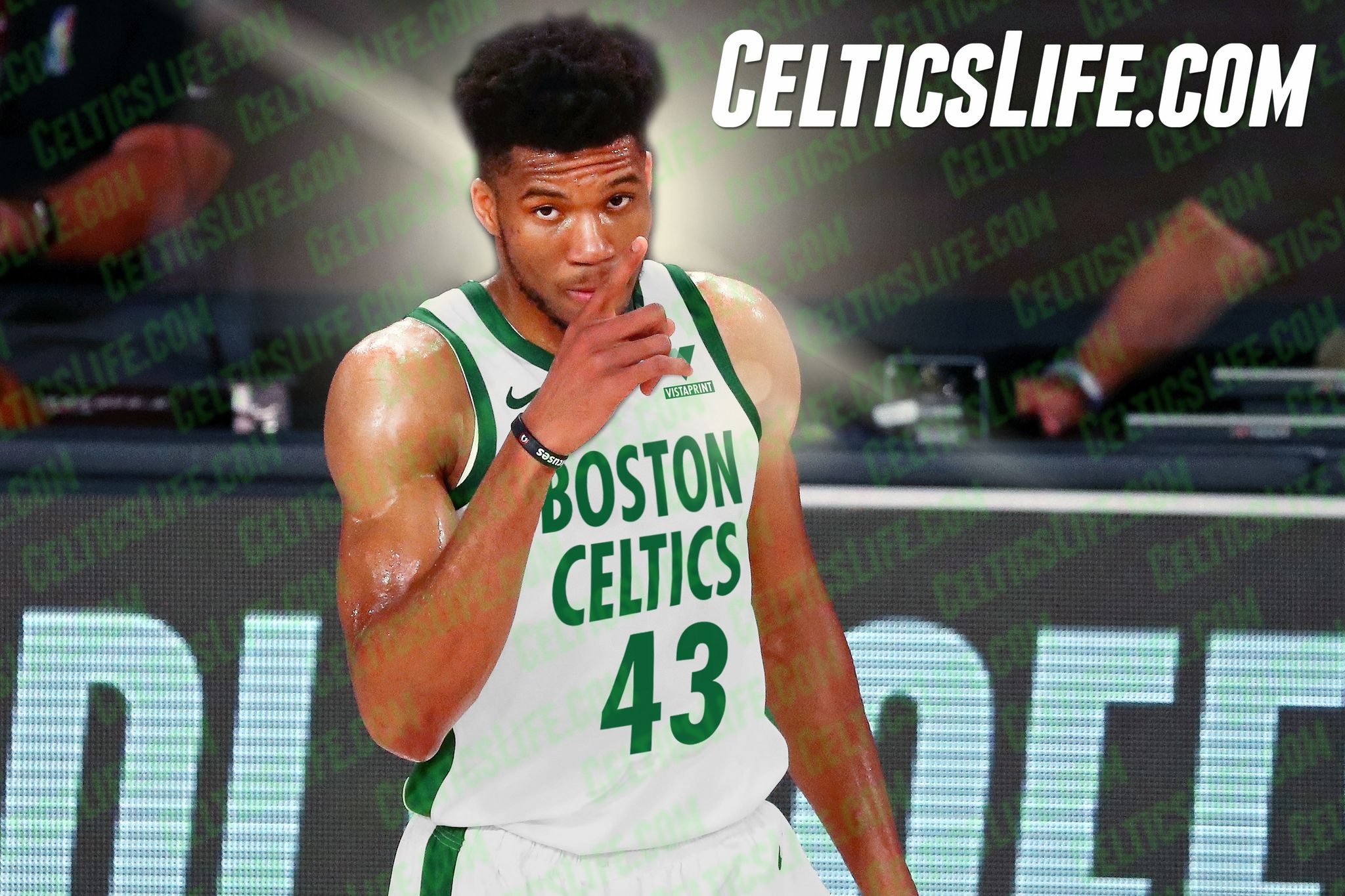