Afternoon Delight: Who is this player scolding Kyrie for trying to fake an injury in advance of his return to Boston?


Well it's not like there will be a full capacity crowd at tomorrow's Celtics vs Nets preseason match-up at the TD Garden (or half capacity, or quarter capacity, or ...), but this exclusive video by the Celtics Life Afternoon Delight news team without a doubt shows Kyrie Irving attempting to fake an injury to get out of playing in front of the Boston crowd. While the man falling down the stairs has been confirmed to be Kyrie we can't 100% nail down the Celtics player admonishing him or the other two with him.

Video footage looks like it could have been filmed over 30 years ago. Oh well, not everyone has the latest smart phone. Anyway speaking of Smart, who is the Celtics player scolding Irving? Is it Marcus? Jaylen Brown? Or is he some former Celtic from Afternoon Delight lore like Rasheed Wallace? Maybe it's KG?
Do your part and solve this mystery! Regarding Irving, expect his official "Rent's due motherf#cker" moment to come in the Eastern Conference Finals when the Celtics and a much larger Garden crowd can welcome him back appropriately and then send him fishing for the summer. 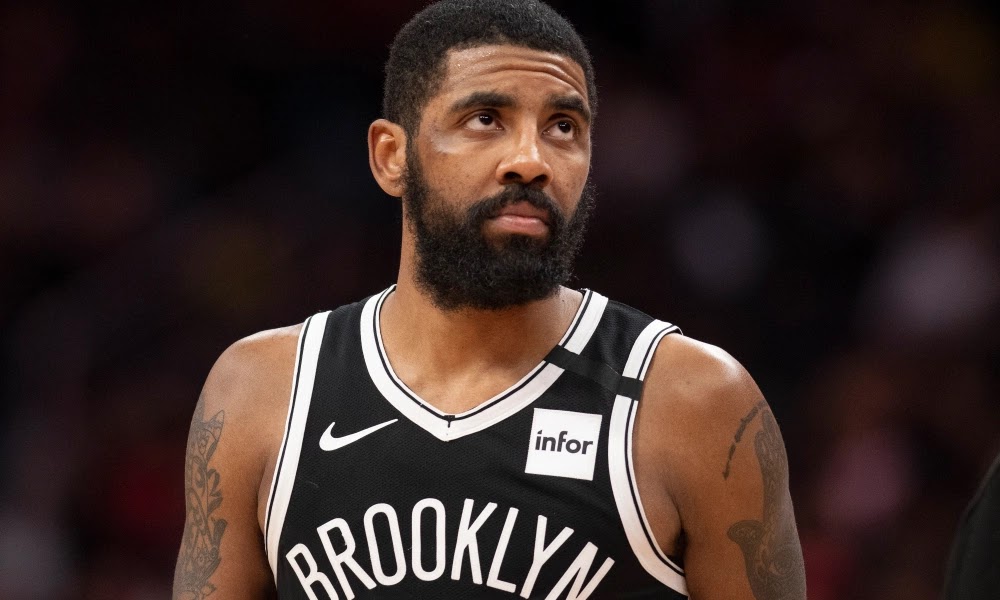