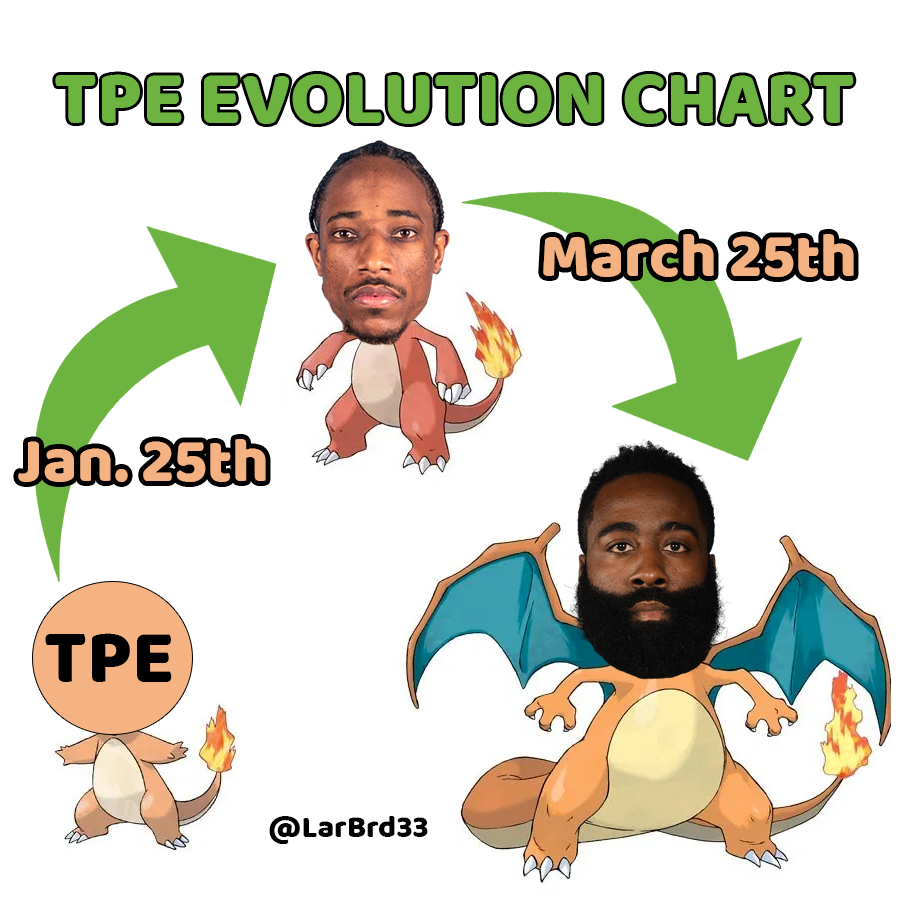 Fellow cap nerds who like to come up with ridiculous ideas unlikely to happen...

It was announced today that the trade deadline will officially be March 25th. One thing I tried to explain in my Traded Player Exception deep-dive is that despite some confusion on this topic, the team CAN trade out players and picks as part of a TPE acquisition.

Being mindful of our "22 mil hard cap" (the result of signing Tristan Thompson via the full mid-level exception), that still means you could pull off this pure hypothetical where the team sends out 10 mil and extends how much they have under that "hard cap" to utilize the full extent of the 28.5 mil TPE:

Option 1 "Stepladder" follow-up trade: Here's the thing... once a team acquires a player they can immediately trade him along with picks (but not other players). So technically, you could immediately turn around and trade Derozan (27.7) + draft picks for a player making up to 125% + 100k what Derozan made (so 34.7 mil). That idea of acquiring a player to flip him for someone making slightly more is often referred to as a "stepladder trade". We'd still have that pesky hard cap to think about, but you could, for instance, hypothetically acquire DeRozan and then flip him with picks for Bradley Beal (28.7 mil). A clever way of getting around the 28.5 limit on the TPE, but chalk this up to super unlikely. You could maybe talk me into this being realistic for a player like Andre Drummond (also 28.7 mil) if we wanted him given Drummond is in the final year of his deal and Cleveland would probably glady take a pick (and Derozan's expiring) for him. Still, kinda outlandish.

Option 2 Waiting 2 months to re-trade a player: So, here's the other thing about trading for a player. Once you've acquired someone, you can always re-trade him elsewhere along with other players and picks if you just wait "2 months". That's true of any player acquired via trade, but Larry Coon's CBA FAQ specifically mentions it in regard to using exceptions as well: http://www.cbafaq.com/salarycap.htm#Q86

Also, if a team used an exception to acquire a player (which means it acquired the player by any means other than using cap room), it cannot include that player in an aggregated trade for two months

So what that means is that Boston could, hypothetically, do that Derozan trade by January 25th, and two months later do a trade deadline day move where they'd be able to package Derozan (27.7 mil) + other players/picks for a more expensive player. Again... wild hypothetical here, but for example...

So this sort of makes January 25th a low key deadline to keep in mind. Again, chalk this up to being extremely far-fetched and unlikely. I merely offer these names as pure hypotheticals to illustrate the idea. I nearly had the names Derozan 27.7 mil + Marcus Smart's 13.4 mil + multiple 1sts (41.1 mil outgoing) in my example, but I was worried Celtic fans would riot if I mentioned Smart in a trade. Still, it's far more likely we spend the bulk of the year in "Showcase Season" and utilize the TPE at the trade deadline or offseason.

Nonetheless, if you're thinking outside the box, there's one idea you probably hadn't considered. Another example. Maybe we spend the first month of the season getting a good look at the kids and if things aren't looking great we pull the trigger on acquiring Buddy Hield (24 mil) before Jan 25th. Then, once the trade deadline comes, we'd still be able to combine Hield's 24 mil + other players/picks to go after someone making more (like the aforementioned Beal making 28.7 mil).

Bottom Line: Technically we could bring in a player with the TPE by Jan 25th and trade him along with players and picks at the trade deadline on March 25th

Big Edit here (12/19/20) - A reader on Reddit, u/BleedGreen4Boston, brought it to my attention that due to this shortened season the "2 month wait" might actually be only 19 days. I've reached out to a couple cap experts on twitter who mentioned all the key dates are on some weird 1/3 conversion scale. That would indeed mean that 2 months = 19 days. If true, that's HUGE. It means that "Jan 25th" deadline is actually more like March 6th. That means that we'd have the next couple months to get a strong look at the team and then early March effectively be able to target any player in the league utilizing the TPE. We'd just have a 3 week gap between the time we acquired someone with the TPE and the time we could package him with other players. Very interesting.