Celtics struggle with Jayson Tatum off the court 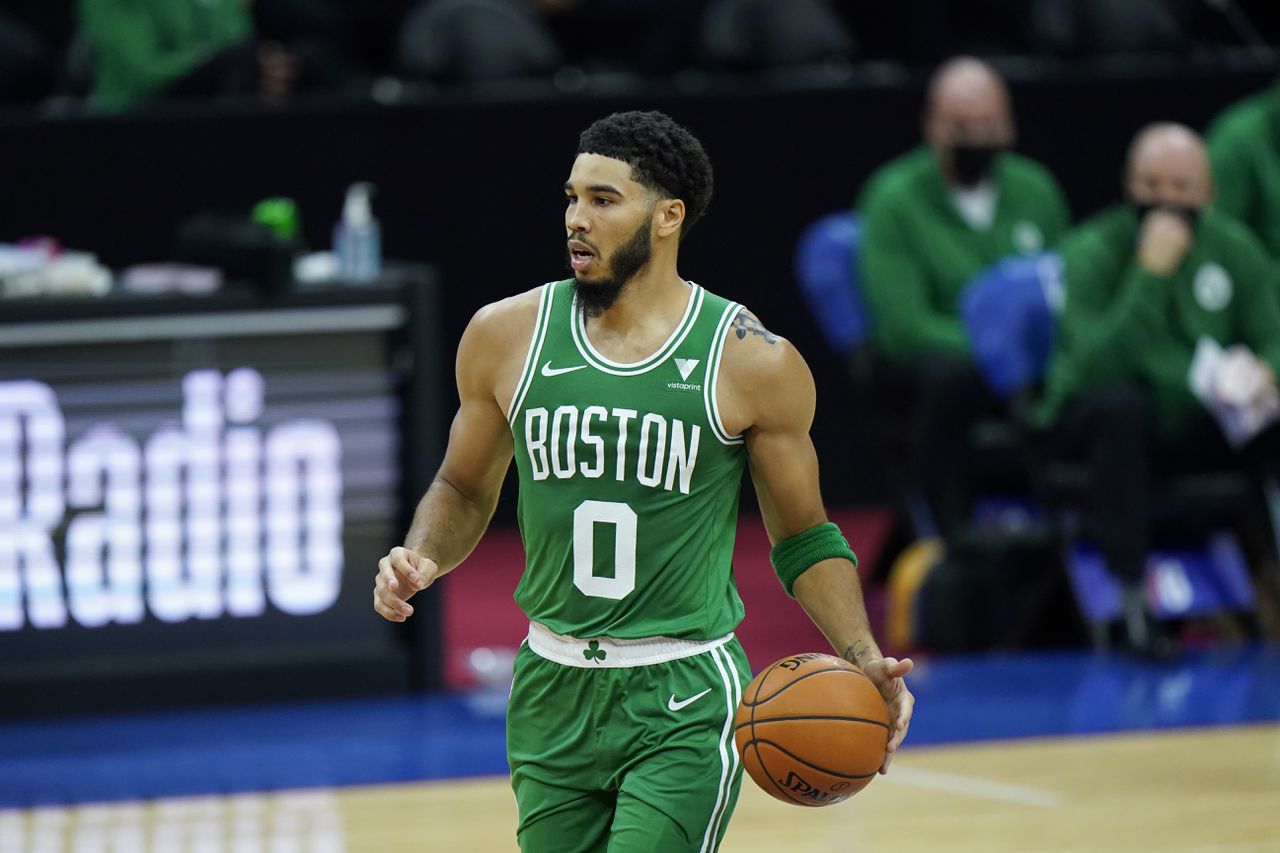 One of Boston’s weaknesses last season was their bench. Through two preseason games, it doesn’t look as though much will be different this season, at least for now. Albeit is only preseason and these games have no impact on the season whatsoever, the trends and numbers we’ve seen could be worrisome.
Here, I’ll start by showing you what Tatum is capable of and what I hope to see him take advantage of all season long;
'
In the above sequence, Tatum rips down the rebound and takes it himself up the court. By doing this, he gets the defense on their heels and scrambling to pick up their guys. Once Tatum gets to the top of the key to start the offense, you can see Caris Levert sort of lollygagging on his man. It appears that Jayson sees this too as he makes a subtle but effective hesitation look, followed by a quick step and commits to the drive. He bursts by three defenders as nobody was protecting the paint and put up an easy layup. Plays like this are what is going to get Tatum more free throw opportunities as this easily could’ve been an and-one situation. Jaylen Brown needs to take a page from Tatum’s book and fully commit on his drives to be more effective when he’s the number one option on the court. Committing and driving hard will open up lots of positive scenarios for Brown with Tatum on the bench as it can easily lead to free throw attempts, easy layups, dump offs to weak side bigs, and kick-outs to shooters whose defenders have left to help defend the drive. For example, in the above video, as Tatum drives you can see his own plus two weakside defenders close in to help leaving Jeff Teague wide open for a three point shot if the were to be able to stop the drive.
With that said, take a look at these plus/minus numbers between Tatum, Smart, and Brown through two preseason games. Plus/minus can at times be misleading, but in general gives a pretty good idea of how a team performs when a player is on the court versus when they are off the court. Through two preseason games, Marcus Smart and Jaylen Brown have posted -26 and -31 plus/minuses respectively. On the flip side, Jayson Tatum finished the preseason with a +8. The Celtics lost their two games by a combined 33 points which makes Tatum’s positive +8 a little bit more impressive than it seems. This is a bad trend and one that the Celtics cannot allow to spill over into meaningful games which start on Wednesday against Giannis and the Bucks. Here is a ridiculous snap shot of how bad the Celtics have been with and without Tatum on the court;

Your ridiculous-sample-size stat of the Celtics pre-season?

Jayson Tatum played half the minutes.

Its clear that the baton should be passed to Brown when Tatum is off the court, therefor I'm going to focus on what brown can do to turn these numbers around. Let’s take look at a play from Friday’s blowout loss that highlights one of Brown’s weaknesses with Tatum off the court;
Watch in the video above as Brown gets it on the wing and have effort attempts to drive on Jarret Allen. On this play, by stopping and not fully committing to the drive, he allow the defense to bounce back into position because they can easily predict what he’s going to do with it. Watch as Jaylen takes a quick first step, the weak-side perimeter defender gravitates toward the paint in an attempt to help with the drive. All Brown needed to do was commit hard on his drive there were two high percentage plays that had potential to play out. One, was that Brown could’ve beat Allen with his quickness and force a foul on a layup or and-one situation, or two, Marcus Smart would’ve been wide open with his defender too far away for a close-out had Brown continued hard to the hoop and skipped it over to Smart on the wing or in the corner. Instead, he pulls the ball back out, does the predictable and kicks it back out and the ball is then swung back to Smart whose defender has now had time to recover and get a decent shot contest. At the end of the play, Teague did a decent job with a drive and kick of his own but the defensive momentum was already moving to that side of the court so it made Smart's shot a little bit more difficult. This is the type of play that Jaylen is more than capable of converting on with his supreme athletic ability and quickness. He should be able to lower his body and blow by guys like Jarret Allen instead of get intimidated and kick it back out. Brown will have to grow this part of his game if he wants to be successful with Tatum off the court.
Tatum photo via:AP