Who Rocked It Best? Number 44

This week on Who Rocked It Best, let's checkout a foursome of popular 44s.  The most popular of this bunch is probably current GM Danny Ainge, who was a starter on the stellar '84 and '86 championship teams, but the only one whose jersey number was not retired.  But aside from winning rings as a player, DA has also built winners as an executive, including the '08 Truth-KG-Ray Big Three title team, and the current edition contenders.
Brian Scalabrine has always been a Celts fan favorite, both for his hustle on the court as well as his hard work on local tv coverage.  Scal has been called, The White Mamba for his scoring prowess (not really :-)), and served as a reliable reserve on the '08 Champions.  This season, C's fans should see more Scal on local games coverage as he steps into full-time color role, replacing the late Tommy Heinsohn.
Speaking of stepping into more time, Robert Williams III, a.k.a. The Time Lord, has earned his way into more meaningful minutes this season, following a noteworthy bubble playoffs performance.  If he continues his development, current employee no. 44 has a chance to take away some minutes from main bigs Daniel Theis and Tristan Thompson.  Can he work his way to become a starting big?  Only Time... will tell.
And finally, we have the franchise's original 44, Paul Westphal, who helped the Celts win Banner 12 in '74.  The 10th overall pick of the '72 draft, Westphal played three seasons in Green before getting traded to the Suns.  In '76, he powered Phoenix to its first NBA Finals appearance, where he faced and lost to the Celtics.  Later in his career, Westphal became head coach of the Suns ('92-'95), where he had the pleasure of coaching someone who shared a similar playing style and Celtics jersey number - Danny Ainge.
So of this group below, which Celtic rocked 44 the best?  Let us know! 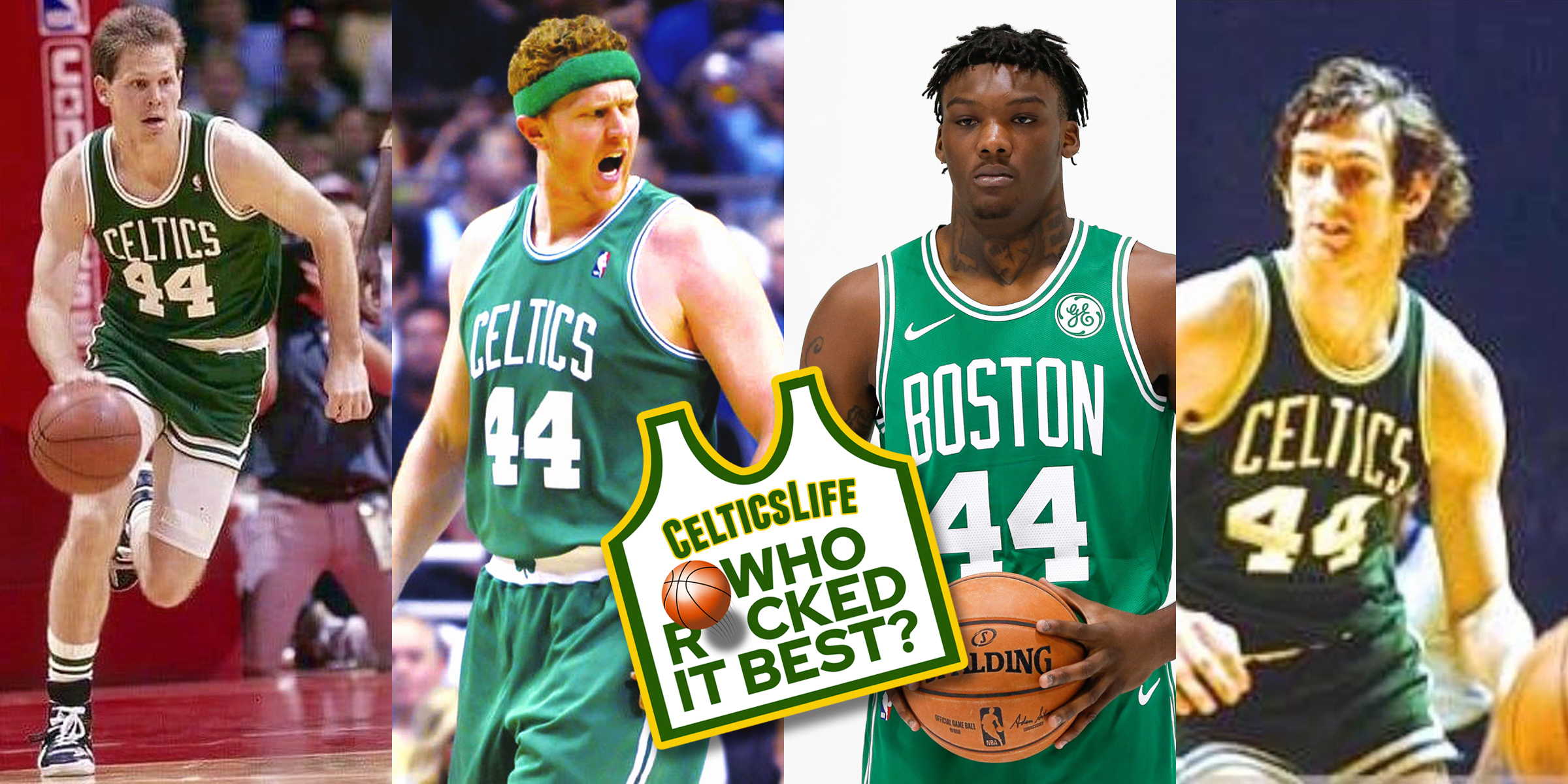