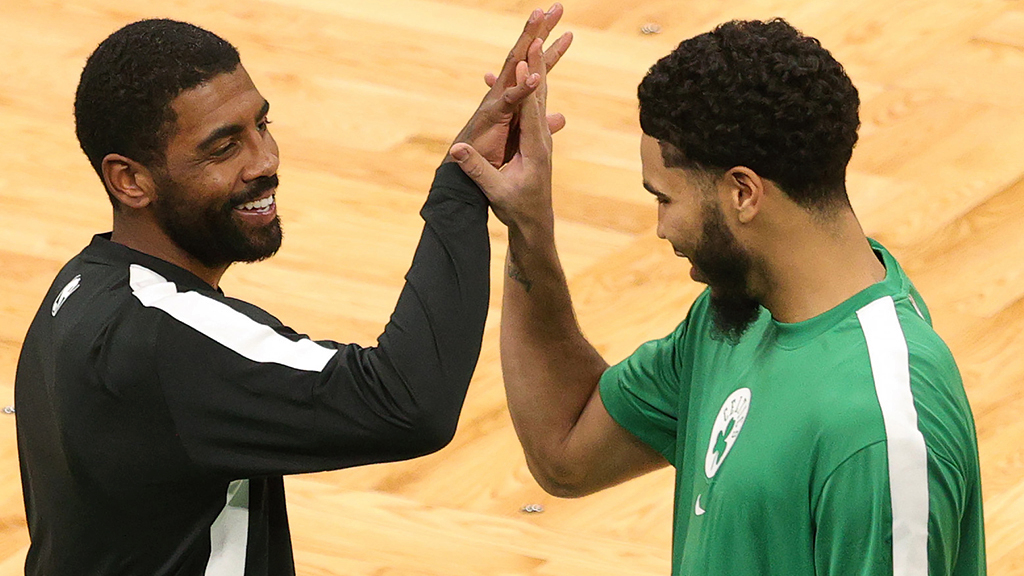 The Celtics wrapped up their preseason on Friday night following their 113-89 loss against the Brooklyn Nets. Kyrie Irving made his first return to TD Garden since leaving the Celtics (in a preseason game with no fans so it doesn't really count). He has yet to be welcomed back by Celtics fans as he missed the two games Brooklyn had in Boston last season. Kyrie stepped on the floor, and started to burn sage in what appeared to be his attempt to try to cleanse the negative energy he felt on the parquet which was pretty strange.

Nonetheless, the duo of Kyrie and KD looked incredible. Kyrie finished with 17-7-5 on 7/15 shooting.  Kevin Durant did not look like a player coming off of a torn Achilles. He came out and scored 25 points to go along with 6 rebounds in just 27 minutes. I am definitely not surprised. KD is such a rare and talented player but you can't help but be shocked by the way he still moves after suffering such a terrible injury. He was hitting tough shots, making aggressive drives and came up big on the defensive end which is very scary for the rest of the NBA. The Kyrie-KD duo, and the Brooklyn Nets are for real. It is going to be very exciting to see how this season plays out for that team.
Aside from KD and Kyrie, a number of Brooklyn players had a solid night. Caris LaVert came in off the bench and put in some good numbers scoring wise. Joe Harris almost hit as many three-pointers as the Celtics tonight and the big man combo of Jarrett Allen and DeAndre Jordan looked good.
The Celtics couldn't get much of anything going tonight. Shots weren't falling as they shot 34.8% from the field and turned the ball over 22 times. It was just an all around awful night for the Celtics. Tatum had a tough night shooting 5/17 from the field. Extremely tough night for the young guys as Payton Pritchard, Grant Williams, and Carson Edwards shot for a combined 2/19. I know these games don't count, but it'd be nice to see them show some fight while on the court. Just a sloppy night and not what you want to see from a team in their last game before the start of the regular season.
The Celtics will have to forget about this loss. It doesn't count so no need to dwell on it. They need to focus their attention on Giannis and the Bucks as they open their season against them in 5 days on Wednesday night.
Read more from George Dimis HERE!