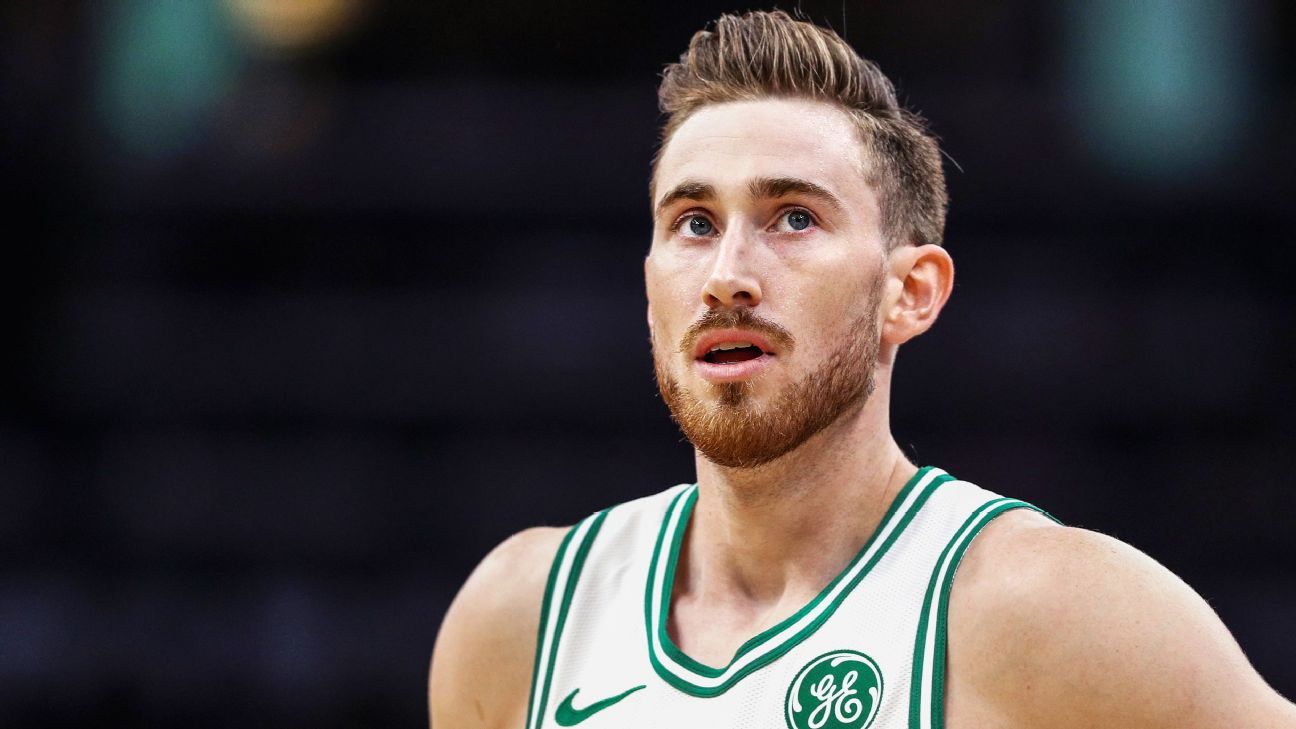 Let's get one thing out of the way before all the negativity starts with fans saying things like "Fine then leave! I'll drive you the airport." If Hayward walks the Celtics would not have his $34 million to sign another player or players. They wouldn't even have $20 million. Nor $10 million. They's have the vet minimum. So if you truly are a Celtics fan you don't want Hayward just to walk. You want him either to pick up his option, sign an extension with Boston, or the Celtics to trade him (which would mean he'd have to agree to the destination and have picked up the option and/or signed an extension (or be willing to with his new team).
The Celtics can't just trade him now. Not without his help. This is deja vu from a season ago when Ainge held onto two players who had the ability to become free agents in Al Horford and Kyrie Irving and they simply walked. Should Ainge have seen this as a possibility with Hayward? Of course. That's his job. When an All-Star leaves their team to sign a max deal with another, they tend to have opt outs with player options. For all intensive purposes Hayward's contract and Horford's for that matter were 3 year deals and not 4 as reported. The player option for the 4th year is simply an extra benefit, where as if the player suffers a huge decline in play they can bank another year. If the player is still sought after by other teams, they will opt out. Either for an extension with the same team or a deal elsewhere.


On Tuesday's episode of "The Bill Simmons Podcast," The Ringer's Ryen Russillo reported Hayward "does want out" of the final year of his deal.
As Russillo pointed out, though, Hayward would want some assurance of a long-term deal before jumping ship.
"He's not opting out of that huge number unless he knows he's getting the deal," Russillo added.

So again, look at Hayward's contract as a three year deal. While Hayward is owed a handsome $34 million this upcoming season a long term contract for less per year would still make fiscal sense. Also that $34 million wouldn't ven be $34 million with the NBA renegotiating their collective bargaining agreement with the players' association and another likely shortened season. He'll get a good chunk of it, but if the NBA is playing less games and getting less TV money, than players will be getting less as well.


Zach Lowe says "buzz" is telling him "I don’t think it’s a lock that Gordon Hayward is on the Celtics next year” https://t.co/nBzPSVX8Ef pic.twitter.com/AGAnOa1maS

So right now Hayward's agent is fishing for nice long term offers. Maybe a 4 year, $100 million contract from another team. Who knows the exact amount as its even harder to predict because of the pandemic. While his agent is illegally (but all the agents and GM's do this) courting a new partner for Hayward, Ainge NEEDS to be in close contact with Hayward and his agent, whether that is also illegal or not. The Celtics can't get blind-sighted again like what happened with Horford. Hopefully if Hayward is close to leaving he will at least talk to Brad Stevens and the Celtics have some heads up, so they can make the departure at least somewhat mutually beneficial in a sign-and-trade.
For the Celtics they need to decide which is better: Giving Hayward what he wants in an extension or what they can get in a sign-and-trade. But with the huge caveat as to not get too cute and risk losing him for nothing or some crummy 2nd round draft pick in a trade. The safest bet would be to simply sign Hayward to an extension, breathe, and then if you decide you want to part with him down the road via trade you have the control to do so.
But one last time for the people in the back; Hayward's contract, like Horford's, always should have been looked as a three year deal and the Celtics should have been aware and prepared that it was concluding this summer.